.Where to Eat Dungeness Crab in the East Bay

Plus, a salsa maker opens a taco stand inside Olde Depot Public House. 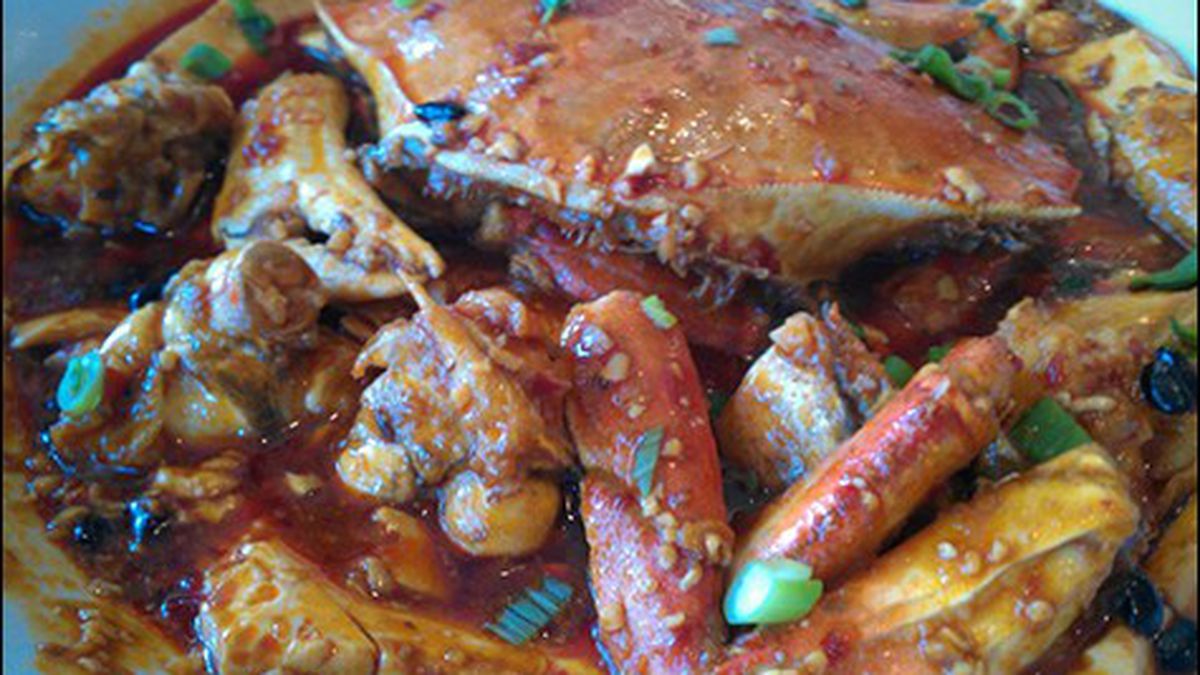 Here’s cause for celebration: Northern California’s commercial Dungeness crab season opened last Friday, and local crab started to appear on East Bay menus the very next day. Here are a few excellent places to get crab this week and beyond:

China Village (1335 Solano Ave., Albany): Perhaps my all-time favorite crab dish is China Village’s ma po tofu Dungeness crab, a preparation that chef-owner John Yao invented as a way to use traditional Sichuan cooking techniques to highlight the local crustacean. Here, the classic combination of bean curd and Sichuan pepper-laced chili sauce is paired with an entire wok-fried crab instead of ground pork. The combination of sweet crab meat and spicy-savory sauce (made rich with bits of delicious crab tomalley) makes this the perfect thing to eat over white rice.

The restaurant serves one other Sichuan Dungeness crab special (sautéed whole crab with roasted chili peppers), and all of the classic Chinese preparations (ginger-scallion, salt-and-pepper, etc.) are also available. Yao told me he should have local crabs this week, but it’s best to call ahead to make sure.

Southie (6311 College Ave., Oakland): If you’re looking to enjoy the natural sweetness of fresh crab meat, the simple Dungeness crab roll at Southie is a good way to go. Plenty of Bay Area restaurants serve a version of this sandwich (a play on a New England lobster roll), but Southie’s is one of the most satisfying — mainly because it’s almost entirely crab meat, with just a bit of citrus aioli and sliced celery to round out the filling. The crab rolls should be available starting the week after Thanksgiving.

Homestead (4029 Piedmont Ave., Oakland): Homestead will kick off the season by hosting a family-style crab feed on Wednesday, November 27, from 3 to 9 p.m. The $38-per-person prix-fixe will include a grilled half-crab (plus an additional half-crab for $20 more), salad, roasted potatoes, Firebrand bread, and all of the traditional accoutrements (lemon, drawn butter, garlicky aioli, and other dipping sauces), plus pear sorbet for dessert.

Ramen Shop (5812 College Ave., Oakland): When Ramen Shop first opened this past winter, its Dungeness crab miso ramen was one of the dishes that best embodied the restaurant’s approach — a traditional Japanese sensibility applied to the best local/seasonal ingredients of Northern California. Now, with the start of crab season, local Dungeness has started making an appearance on Ramen Shop’s daily changing dinner menu. A version of the aforementioned crab miso ramen ($17) was on Saturday’s menu; on Sunday, there was a Dungeness crab and chashu donburi (rice bowl) for $13. Check Ramen Shop’s online menu to see each day’s crab offerings.

Hang Ten Boiler (2306 Encinal Ave., Alameda): Whole Dungeness crab prepared “Asian Cajun” style — boiled in a plastic bag filled with butter, garlic, cayenne, and a Cajun spice blend — was a new discovery for me last year and quickly became one of my favorite ways to eat crab. Alameda’s Hang Ten Boiler is currently my favorite Asian Cajun spot. The restaurant serves Dungeness crab pretty much all year round, but owner Paul Wong told me he started getting local crabs this past weekend. The crabs are market-priced, but right now a two-pounder is selling for $32.99.

Rebecca Boyles originally opened her bar/restaurant Olde Depot Public House (468 3rd St., Oakland) as a vegan business. In August, when she brought in a new chef who added meat options to the menu, some of the bar’s vegan patrons were so upset that they staged a protest and posted a slew of angry Yelp reviews. Now, the Depot has even less of a vegan focus.

On Sunday, November 10, Mark Sorensen launched a permanent pop-up taco stand, Santipapas, in the kitchen of the Jack London district bar. The brief menu mainly consists of tacos, quesadillas, and a few appetizers and sides. Meat options include carnitas, carne asada, and chicken.

The star of the menu, however, is the salsa. Sorensen originally started Santipapas as a salsa company. After being a registered nurse for eighteen years, he had something of a mid-life crisis — a desire to do something where he could be his own boss. One year later, according to Sorensen, what started as a small side gig has expanded “like gangbusters.” Now he’s a full-time chef, and while he told What the Fork that he barely slept last week, he said he’s certain he made the right decision.

Sorensen said his food is inspired by his mother, who hails from a town called Santiago de Papasquiaro (nicknamed “Santipapas”) in the Mexican state of Durango. His cooking philosophy is good ingredients; simple, straightforward preparation; and nothing too unwieldy to eat at a bar (no burritos, for instance) — and, of course, a central role for his line of salsas.

Sorensen said he hopes the bar’s longtime vegan customers will recognize that “there’s life beyond a seitan slider” and give his meatless options a try. For now, that’s mostly limited to rice and beans and corn tortillas, roasted seasonal vegetables, and guacamole. Santipapas also sells a rice/beans/vegetable bowl topped with guacamole for $8.