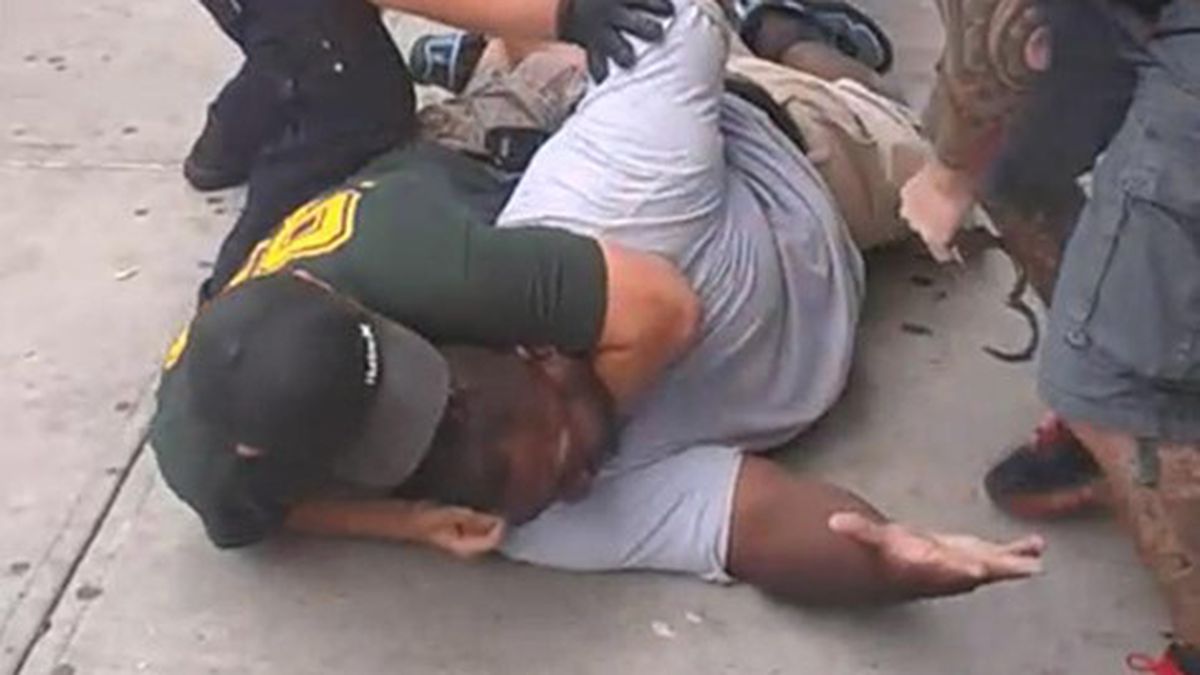 The non-indictments of police officers in Ferguson and Staten Island prove that our justice system is rife with conflicts of interest and needs immediate reform.

The recent decisions by grand juries in Ferguson, Missouri and Staten Island, New York to not bring criminal charges against white police officers who killed unarmed black men has sparked outrage and protests throughout the nation, particularly in the East Bay. The grand juries’ decisions also made it clear that our criminal justice system is broken and needs immediate reform.

Some activists and criminal justice experts say that the two recent cases highlight two aspects of police-officer-involved shooting investigations that are plagued by serious conflicts of interest. The first conflict entails the fact that officer-involved fatal shootings are typically investigated by cops from the same police department as the officer who killed someone. And the second has to do with the fact that local prosecutors who maintain close working relationships with the police agencies in their jurisdiction usually handle police brutality cases.

“Of course there are conflicts — but there shouldn’t be,” said Alameda County Public Defender Brendon Woods. “When it comes to police officers being charged with crimes … the system is broken.”

Earlier this year, Wisconsin became the first state in the nation to tackle one of these conflicts of interest — the investigations of officer-involved fatal shootings. And it only happened because a father of young man who was shot and killed at point-blank range by police had waged a nearly ten-year-long campaign to create accountability when cops use lethal force.

That father, Michael Bell, a white, retired Air Force lieutenant colonel who flew in three wars for the United States, said in an interview that he was initially stunned when he first realized that police investigators had covered up evidence about the killing of his 21-year-old son Michael in 2004. Michael was handcuffed when Kenosha, Wisconsin police Officer Alberto Gonzales put his gun to Michael’s temple and fired. Bell said he was then shocked when Kenosha police investigators quickly rallied around Gonzales and exonerated him, while completely ignoring Bell and his family. “I thought, ‘If that happened to me, a white man, what must other people be going through?'”

Bell then took the only path left to him: He sued the Kenosha police. He hired private investigators to re-examine the case and eventually won a $1.75 million settlement — but that wasn’t enough, considering the fact that Gonzales never lost his job (in fact, he’s also a licensed concealed-gun instructor). So Bell refused a demand by Kenosha’s attorneys that he remain silent about the case, and forced them to turn over all the investigative reports involving his son’s death.

Bell then used the $1.75 million to fund an extensive public-awareness campaign, erecting billboards throughout Wisconsin that read, “When police take a life, should they investigate themselves?” The billboards sparked a strong backlash from police unions throughout the state. But eventually Bell gained bipartisan support in the state legislature for a slate of criminal justice reform proposals.

Because of his background in piloting planes, Bell based his three reform ideas on how the National Transportation Safety Board investigates plane crashes. First, he requested that officers involved in fatal encounters be tested for drug and alcohol intoxication — just like pilots must do immediately after incidents involving their planes. Second, he pushed for all officer-involved fatal encounters to be investigated by outside police agencies — and not by the department of which the cop in question is an employee. This second reform also called for the results of such investigations to be given to the members of the victim’s family, regardless of whether an officer is charged with a crime. And, third, he asked that each investigation of a deadly police encounter be handed over to a panel of outside experts to review it to make sure the probe was done correctly.

In the end, Bell only got the second proposal through the legislature, but it was nonetheless groundbreaking. When signed into law by Republican Governor Scott Walker earlier this year, Bell’s legislation made Wisconsin the first state in the nation to require that all deadly police encounters be investigated by outside law enforcement agencies (Bell said he hopes that his third proposal will win approval next year, but the first one, involving alcohol testing, has virtually no chance because of staunch opposition by police unions).

For Bell, the idea that a police department should be prohibited from investigating its own when it comes to fatal encounters was a no-brainer — because of the obvious conflicts of interest. Criminal justice experts throughout the country have also applauded Wisconsin’s new law. But does it go far enough?

Rory Little, a former federal prosecutor who is also a well-known professor at UC Hastings College of Law in San Francisco, said that Wisconsin’s new statute is a strong step in the right direction but it doesn’t address potential conflicts of interest between local prosecutors and police. Typically, it’s the county district attorneys’ office that ultimately decides whether a cop will be charged with a crime. And many local district attorneys are wary of taking on individual police officers because they must maintain good working relationships with area police agencies in order to successfully prosecute other criminal cases. “It’s absolutely a problem,” Little explained.

Indeed, it seems clear that the prosecutors in both the Ferguson and Staten Island cases had no interest in convincing their grand juries to file criminal charges against police officers Darren Wilson, who shot and killed Michael Brown, and Daniel Pantaleo, who strangled Eric Garner to death.

Little argues that fatal cases involving police should be handled by the state Attorney General’s Office, which does not have to maintain day-to-day relationships with local police agencies. However, Woods, Alameda County’s Public Defender, said he wasn’t sure that was such a good idea in California, because he said the state Attorney General’s Office doesn’t have many trial lawyers who are experienced in prosecuting criminal cases. (Woods also added that he supports Wisconsin’s new law and believes Alameda County, under current District Attorney Nancy O’Malley, has improved its handling of police misconduct cases.) Little acknowledged that the state AG’s office has shortcomings, but said it could hire a team of experienced trial lawyers to handle these cases.

But what about handing over fatal cases involving police to federal prosecutors for civil rights prosecutions? Currently, the US Attorney General’s Office is investigating both the Ferguson and the Staten Island killings. But Little, a former federal prosecutor, notes that bringing federal civil rights charges against a cop who kills someone is generally considered to be more difficult than convicting the officer of murder or manslaughter in state court — although it has been done. “It’s not impossible — that’s what we did after Rodney King,” Little said, referring to the successful federal civil rights prosecution of Los Angeles cops who had been acquitted in state court of assaulting Rodney King, even though the beating was caught on video.

Little thinks that of the two recent cases, the Eric Garner investigation will more likely result in civil rights charges being filed against the officer involved — because, like in the Rodney King case, it was captured on video (Little is also a strong supporter of mandating that all police officers wear body cameras to record all interactions with the public.) “I would not hesitate to take [the Garner] case to a grand jury,” Little said, adding that he believes a civil rights indictment should be easy to obtain and that the reason the state grand jury chose not to indict Pantaleo was because the local prosecutor involved likely didn’t push for it.

In the end, criminal justice reforms like Wisconsin’s new law and the proposal to have state attorneys general handle fatal police encounters require state action — not a federal solution. And considering the fact that Republicans will soon control both houses of Congress, federal legislation on police shootings seems unlikely. But there’s no reason that California can’t pursue reforms. After all, if Wisconsin can do it, why can’t we?