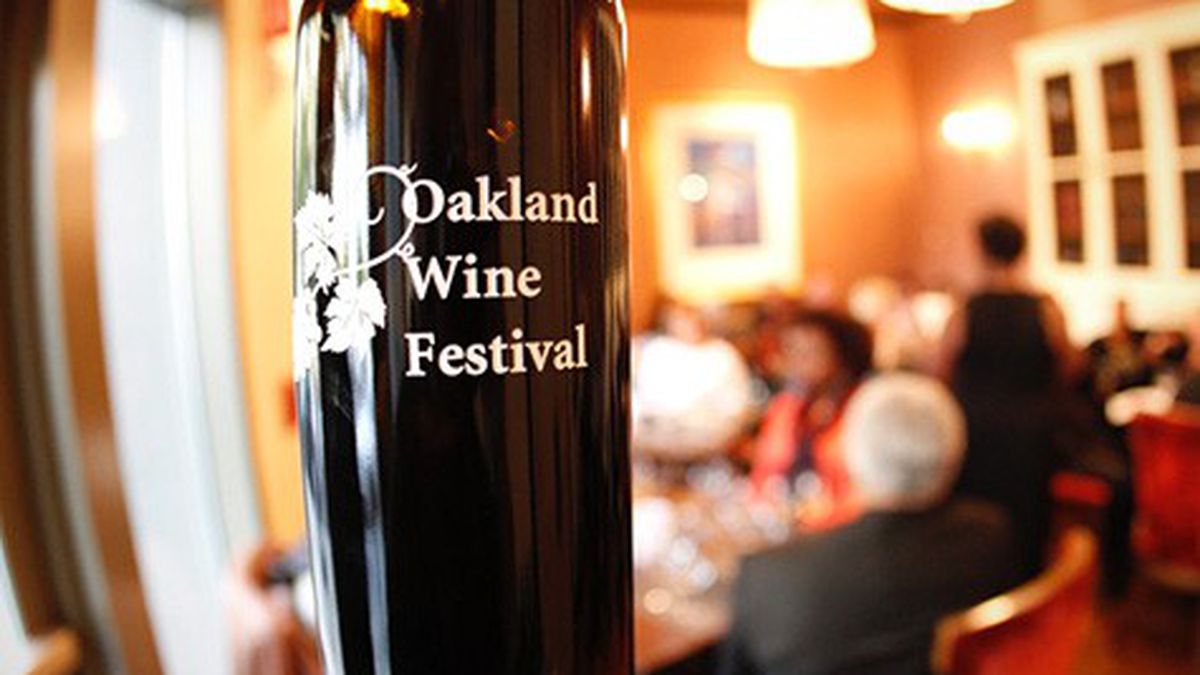 When you think of the “Wine Country,” Oakland may not be the first place that comes to mind. But two upcoming festivals, the Oakland Wine Festival and Urban Wine Xperience, aim to raise The Town’s profile in the Bay Area world of wine.

Set on the sprawling, 135-acre Mills College campus, the all-day Oakland Wine Festival will make its debut on Saturday, July 18. Festival organizer Melody Fuller, a wine writer and East Oakland native, explained that part of her motivation for organizing the festival was a sense that Oakland’s community of wine lovers has never gotten its proper due. Many of the high-profile wineries in Napa and Sonoma counties have never held a tasting event in Oakland — this despite the fact that Oakland residents often bring out-of-town guests on day trips to the Wine Country.

“Who keeps those tasting rooms open? It’s people from Oakland,” Fuller said. “We don’t get a nod for that.”

So she set about doing something about it: The hundred-plus wineries represented on Saturday will include some of the biggest names in the industry — and many of them have never poured their wines in Oakland before, Fuller said.

According to Fuller, a Mills College alumna, the campus setting will make for a more intimate experience. Because the tastings and panels will be spread out across the university’s halls and residences, and because each one will be capped at a relatively small number of guests, attendees shouldn’t feel as though they have to push their way across a crowded room to get a minute of face-time with a winemaker.

The centerpiece of the festival will be something Fuller has dubbed the Elegant Baby Grand Tasting — a series of seated tastings in which participants will visit a sequence of five winemakers, each presiding over a private “salon” at which he or she will pour two glasses of wine for each guest. The idea is to create a more personal experience than the more typical “splash and dash” approach.

This being Oakland, it should come as no surprise that the food component is one of the festival’s selling points. Lunch will be a four-course catered affair during which guests will be seated with the winemaker who has arranged the wine pairings for their respective table. And Fuller has tapped an impressive lineup of twelve Oakland chefs — including James Syhabout (Commis), Paul Canales (Duende), and Tanya Holland (Brown Sugar Kitchen), to name just three — to serve a four-course winemaker dinner at their respective restaurants. The one exception is Syhabout, who will plate his dinner under the stars at Mills. Fuller will personally handle the logistics of finalizing the guest lists for each of the dinners, the only downside of which is that attendees won’t get to choose their restaurant. Fuller, for her part, promises there won’t a bad meal to be had, but you can peruse the full list on OaklandWineFestival.com.

Tickets are also available for purchase through the website. If the $425 pricetag for the entire day’s worth of wine-centered activities is too daunting, attendees can also pick and choose individual events, which range from $35 for a winemaker seminar to $120 for dinner.

Although the Oakland Wine Festival will feature a handful of East Bay winemakers, its focus is on bringing the broader wine community here to Oakland. But for the past decade, a growing group of wineries have quietly made case that the East Bay should garner respect and attention as wine country in its right — urban wine country, to be more specific. On Saturday, August 1, the East Bay Vintners Alliance will host its tenth annual Urban Wine Xperience from 1 to 4 p.m. at the market hall building in Oakland’s Jack London Square.

Steve Shaffer, president of the Vintners Alliance and the owner-winemaker (along with his wife Marilee) at Urban Legend Cellars in the Jack London district, said the festival provides attendees a convenient way to compare and contrast wines from the participating wineries — 21 of them this year — in a very personal, hands-on setting. More than that, though, Urban Wine Xperience serves as a showcase for the vibrant winemaking scene that exists in the East Bay, which Shaffer believes is the oldest and the most truly urban of the various “urban wine country” regions that have become popular around the country.

Shaffer said that when he left his tech career to become a winemaker six years ago, he and his wife considered buying a more traditional winery in the Sierra foothills, but decided, in the end, that he loved Oakland too much to leave. The vintners’ alliance is filled with other winemakers who, for similar reasons, made a conscious decision to base their businesses in the East Bay. Part of that has to do with the prominence of the farm-to-table movement here, and how powerful it is for the chefs and restaurateurs who are buying the wine to see it being made. It’s fitting, then, that local restaurants will create a variety of small bites to complement the wines being poured at the festival.

The East Bay Vintners Alliance has members in Berkeley, Alameda, and beyond, but many of them call Oakland home, and the festival reflects that fact. As Shaffer put it, “It is a way for us to showcase the best of Oakland.”

Tickets to Urban Wine Xperience are $70 (or $45 if purchased before July 20), but festival organizers are offering a discounted price of $40 to Express readers — just enter the code “EBX40” when making your purchase on BrownPaperTickets.com.