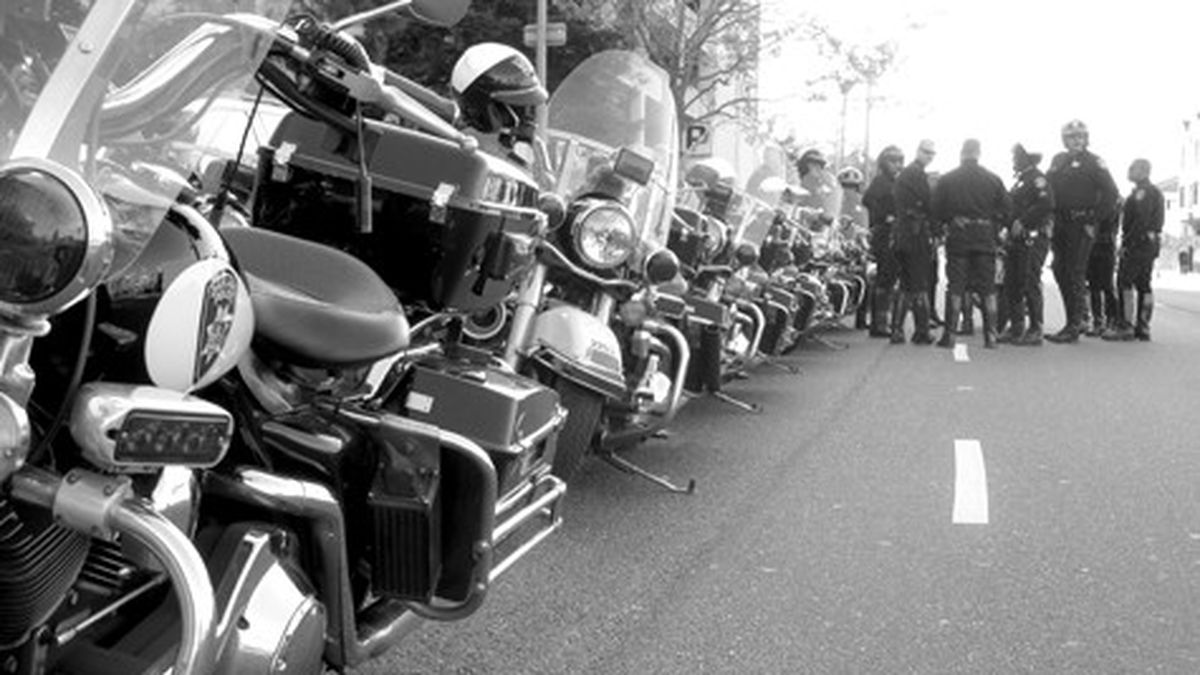 In the summer of 2008, the Oakland Police Department’s Internal Affairs Division discovered that more than half of all drug-related search warrants involving confidential informants had been falsified. Internal affairs investigated eighteen officers for lying under oath, falsifying police reports, and conducting illegal searches and seizures. In the end, the scandal cost the city millions of dollars and overturned scores of criminal convictions. It was one of the biggest blunders in OPD’s recent history.

Karla Rush, an officer based in East Oakland, faced especially severe charges. Of the 40 search warrants she had filed between March of 2007 and August 2008, 39 were fraudulent. Rush claimed that her misconduct was the result of poor training, but an arbitrator rejected her assertion, saying, “telling the truth is not a matter of training,” according to court documents.

Although internal affairs recommended firing twelve officers, only four ended up losing their jobs: Rush, Francisco Martinez, John Kelly, and William Burke. Of those four, three have since been rehired by Alameda County police agencies: Burke was reinstated by OPD through arbitration in 2010, and both Rush and Kelly are now UC Berkeley police officers.

Many police departments avoid employing cops who have falsified affidavits and lied under oath. The reason is that prosecutors are supposed to tell defense attorneys about the cops’ dishonesty, and thus have a difficult time winning cases involving those cops. “Every time that officers goes to court, the defense would have the right to question them about their past,” explained Santa Clara University law professor Gerald Uelmen. “It depends on the case, but if you have a police officer with a file like that, he or she should not be investigating criminal cases, or anything that would put him in a position to testify.”

Under the 1963 US Supreme Court decision Brady v. Maryland, prosecutors must hand over any evidence that casts doubt on a defendant’s guilt, including information that challenges the trustworthiness of a testifying witness or police officer. For example, if Officer Rush testifies as a witness in a trial resulting from her work as a UC Berkeley police officer, the prosecutor in the case is supposed to tell the defense that she had been fired from OPD for falsifying dozens of legal affidavits and lying under oath. This is called a Brady disclosure, and defense attorneys often use such information to undermine the credibility of police witnesses.

Some district attorneys in California keep lists of all “Brady officers” in their jurisdictions in order to avoid being blindsided by a potentially unreliable witness. “A case isn’t necessarily un-prosecutable if an officer on our Brady list is a witness,” explained Chief Assistant District Attorney Hal Jewett, who handles all Brady issues for the Contra Costa County DA’s office. “But if you have somebody with that kind of baggage being called to the stand, it frequently makes it much more difficult to prosecute that case.”

Even though Brady officers can impede a successful prosecution, UCPD Lieutenant Eric Tejada said the department had no reservations about hiring Rush and Kelly. “They have both been outstanding officers, and they bring a lot of knowledge and experience with them,” Tejada said. He added that Rush and Kelly received glowing recommendations from several OPD commanders — although the department itself did not recommend them for the job. “So looking at their work history as a whole, and not just that one incident, we felt they deserved the opportunity to be a part of the team here,” Tejada said.

Although it’s not clear whether Rush and Kelly are on the Alameda County DA’s Brady list because such information is not a public record under state law, defense attorneys throughout the East Bay know about the two officers’ past behavior. The OPD search warrant scandal received a substantial amount of press coverage and the Alameda County Public Defender’s Office was instrumental in getting convictions involving the two officers overturned. Nonetheless, UC Berkeley Police seems unconcerned that prosecutors could have difficulty obtaining future convictions in criminal cases that Rush and Kelly are involved in. “It’s something that’s going to come into play,” Tejada said, “but, hopefully, their demonstrated hard work will speak for itself.”

While the Brady law is meant to improve the integrity of prosecutions, many defense attorneys and criminal justice experts believe that it has deep flaws. For starters, the language of the law is vague and gives DAs a lot of leeway in shaping their own Brady policies. And because state law prevents Brady lists from being publicly accessible, defense attorneys have no choice but to trust that prosecutors are meeting their Brady obligations — even though a plethora of research suggests that prosecutors routinely fail to hand over exculpatory evidence to the defense.

In Contra Costa County, the DA’s office asks all police officers to answer under oath if they’ve been arrested or if they’re on probation. If the officer answers “yes” to either question, they may be placed on the Brady list. “Our Brady obligation is limited to what we are in actual or constructive possession of,” Jewett said. “We don’t conduct an investigation or fish into lawsuits that citizens may have filed, or into police personnel files.” Still, Jewett noted that if the office somehow obtained potential Brady information, such as IAD investigations or evidence of moral turpitude, it would evaluate it. He said his office would place a cop on its Brady list if he or she had lied under oath.

Officials from the Alameda County District Attorney’s Office said if they believe an officer’s testimony is crucial to the case, they will disclose any evidence that might impeach his or her credibility, including criminal records and certain internal affairs investigations. Unlike Contra Costa County, the Alameda County DA’s office also now occasionally conducts its own inquiries into police officers’ personnel files if it has reason to believe a cop is lying. “We have to ensure the integrity of our convictions, and if there’s something there that would impact the validity of the conviction, then we need to know it up-front,” District Attorney Nancy O’Malley told me.

Alameda County Assistant Public Defender Brian Bloom applauded O’Malley, saying, “this is a great step that the district attorney has taken; ideally more DAs around the state and country will follow [her] lead on this.”

However, the Alameda County DA’s policy still appears to have limitations. O’Malley said there are close to forty officers in the county with potential Brady material. Yet this number appears to be incredibly low, especially when compared to San Francisco, which, as of 2011, had twice as many officers in its Brady bank despite having half as many residents as Alameda County and a comparable number of police officers.

One possible explanation for this discrepancy is OPD’s chronic failure to punish problem officers. Both Interim Police Chief Sean Whent and NSA compliance director Thomas Frazier have criticized the department for not properly investigating internal affairs cases in the past, and between 2011 and 2012, OPD only sustained (meaning the department determined an officer was at fault and recommended punishment) 5 percent of all IAD investigations. In that period, there were 92 investigations pertaining to truthfulness or false police reports.

This is problematic, because in order to automatically be put into Alameda County’s “Brady Alert System” — an automated program that notifies the DA every time an officer with potential Brady material is subpoenaed — an officer needs to have an IAD investigation pertaining to truthfulness or moral turpitude sustained.

The slight differences between Alameda County and Contra Costa County’s Brady policies are emblematic of a much larger problem. Many California DAs don’t have a coherent policy for tracking problem officers, and a growing body of empirical and anecdotal evidence suggests that because the Brady statute is so vague, prosecutors routinely skirt their Brady obligations. A 2010 Pace University law school article noted that “Brady violations are the most common type of prosecutorial misconduct.”

To ensure that DAs meet their Brady requirements, the California Commission on the Fair Administration of Justice has recommended that all district attorneys create formal Brady policies and maintain lists of Brady officers. However, many prosecutors are reluctant to make these changes, due in large part to resistance from police departments. “A lot of police agencies don’t want officers blackballed in terms of being placed on a list,” said Uelmen, who was the commission’s executive director in 2008.

Ron Cottingham, the president of the Peace Officers Research Association of California, said that when an officer is placed on a Brady list, it could kill his or her career. “What [the department] says is [the cop] can no longer testify in court, so they’re useless to me … merely because they’ve been put on a Brady list. That’s how devastating this can be to an officer’s career.”

But as long as DAs remain guarded about their Brady policies, it will be easy for prosecutors to disregard their Brady obligations and not disclose unfavorable evidence on testifying police officers, which most defense attorneys consider a cornerstone of a fair justice system. “Officers come into court cloaked with a presumption of truthfulness, and sometimes that presumption is not deserved,” stated Contra Costa County Deputy Public Defender Robin Lipetzky in an email. “Without a robust Brady policy, the accused could be denied critical evidence that would cause a jury or judge to balance the scales when weighing critical testimony.”