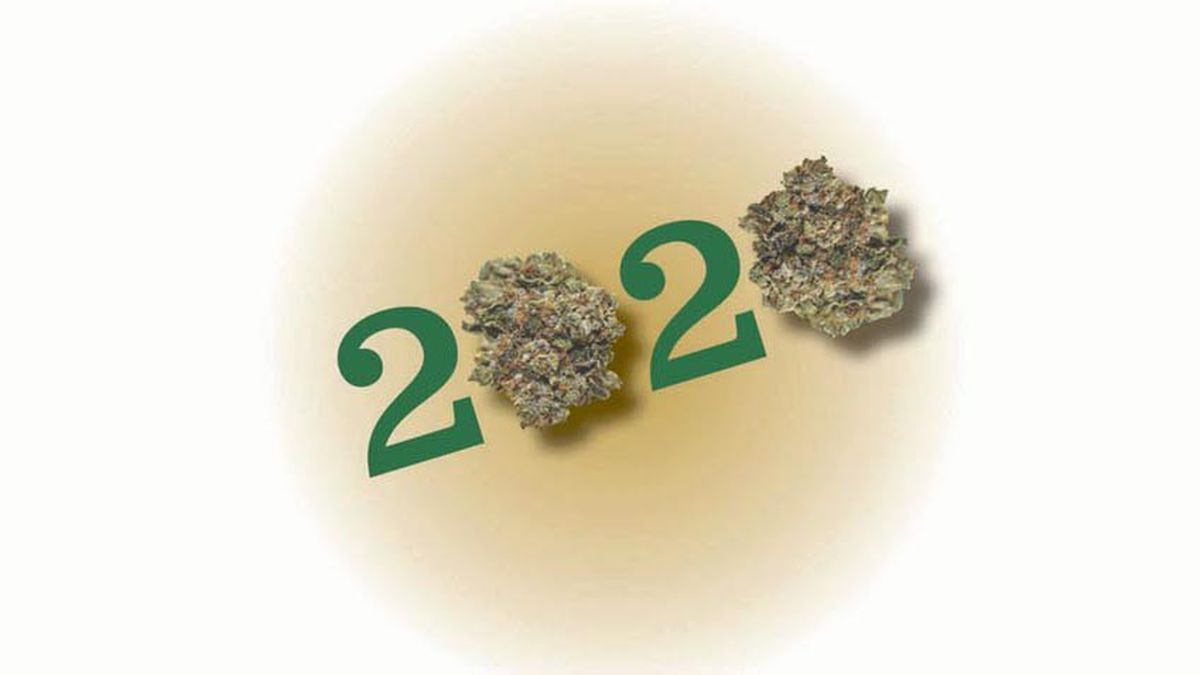 It appears unlikely that pot will be legalized at the federal level, which means continued challenges for the industry and consumers.

As 2019 slouched toward its end, many predictions of what might happen with cannabis in 2020 had been tinged with optimism. Chronic Town was no different: in this space last week I sounded a hopeful note that, if pot isn’t legalized at the federal level this year, at least the Senate might finally pass the SAFE Banking Act, shielding financial institutions from liability for serving the cannabis industry with a basic business function available to every other form of legal commerce.

But hopes were dashed this past week. The law, especially federal law, is still the legal industry’s biggest impediment by far. In what the trade publication American Banker dubbed a “crushing blow,” after months of coyness, Mike Crapo, the Republican chairman of the Senate Banking Committee, finally declared that he wouldn’t support the bill. His reasons are as silly as they are irrelevant. “I have significant concerns that the SAFE Banking Act does not address the high-level potency of marijuana, marketing tactics to children, lack of research on marijuana’s effects, and the need to prevent bad actors and cartels from using the banks to disguise ill-gotten cash to launder money into the financial system,” Crapo said in his statement.

None of that stuff has anything to do with the issue at hand. We know that, just for example, diabetes-inducing breakfast cereals and snack foods are marketed to kids, and yet Kellogg and Pepsico have no trouble depositing checks and securing loans. The “effects” of cannabis (both positive and negative) need more study, it’s true. But what this has to do with whether banks should be allowed to do business with cannabis companies remains a mystery. And is it even worth responding to the argument that the SAFE Act would cause criminals to use banks to launder money more than they already do? No it isn’t.

It seems likely that only a Democratic Senate will pass the SAFE Act, which the Democratic-led House passed earlier in 2019. The same certainly goes for full federal legalization, or at least re-scheduling cannabis to decriminalize it. And even then, it’s hardly a lock.

Cannabis won’t become a fully legitimate, thriving industry until Congress unshackles it. It will likely be at least another year or two before it does. Still, the cannabis industry will go on, and will even continue to grow, albeit at a slower pace than it otherwise would. In 2020, 10 states will vote on some form of legalization (either medical or recreational). As things stand, 33 states have legalized pot in some form, with 11 of them allowing recreational cannabis. The more states that join the fray, the quicker the federal government will respond with some kind of reasonable reforms.

So what might 2020 bring to the cannabis market otherwise? For one thing, perhaps a bit of dampening of the insane hype surrounding CBD, the non-intoxicating component of cannabis that is now being sold in gas stations and drugstores. While CBD holds a lot of therapeutic promise, very little is proven. And yet, it’s often sold as a magical elixir. “With more research and scientific support,” predicted the pot-news site Fresh Toast, “we can assume people will get confirmation that CBD isn’t a cure for all and they’ll stop taking it every time they get a hang nail.” (Ironically, perhaps, CBD oil might be just the thing for a hangnail, since CBD topicals seems to work pretty well to relieve minor irritations and pain. Still, Fresh Toast‘s overall message is a good one).

Both Frewsh Toast and Leafly, another news site, predict that other components of the cannabis plant — both terpenes and cannabinoids — will gain more attention in 2020 as the CBD hype wanes. Of course, that will just be replacing hype with hype in many cases, but research seems to indicate that terpenes, which are responsible for the smell and taste of cannabis, might have more to do with the effects of pot than had previously been known. And along with lesser-known cannabinoids (of which CBD and THC are only two), terpenes might carry a whole bunch of benefits.

Leafly and Fresh Toast also both predict that in 2020, the vape crisis will come to a head, one way or another, probably in the form of more ill-advised regulation. Leafly predicts that the states of Washington and Massachusetts will try to make permanent their temporary bans on vape products, enacted in the wake of the illness outbreak that occurred in 2019 (caused mainly by illicit cannabis vapes). But, Leafly predicted, “both efforts will fail.” However, “vast swaths of the US will enact local vape bans.”

Finally, though I hesitate to make a lot of my own predictions, here’s one: I think California lawmakers will finally come up with some kind of tax relief for the state’s ailing cannabis industry. The pressure is just too high, and the industry is now coming into its own as a powerful lobbying force. &#8;

Dan Mitchell
Previous articleLetters For the Week of Jan. 1-7
Next articleFirst Year as the Last Team in Oakland
18,645FansLike
12,284FollowersFollow
66,344FollowersFollow