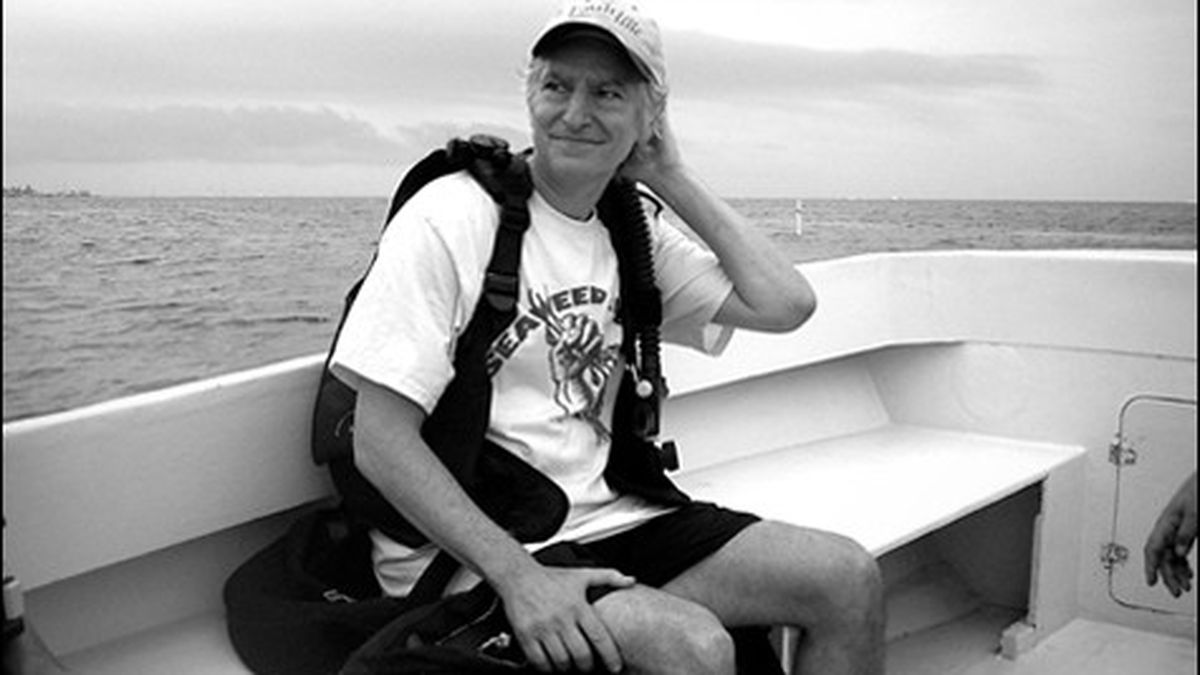 What Matters Most to Californians?

Hint: It's big and blue, according to local author David Helvarg.

David Helvarg loves the ocean. As a journalist covering topics as diverse as combat in Nicaragua and the AIDS epidemic for well over thirty years, he eventually turned his attention to marine conservation. In 2001, he published Blue Frontier, a book exploring the urgent need for greater marine advocacy. Two years later, he established the Blue Frontier Group, a DC-based grassroots lobbying effort, to do just that. But when he moved back to California five years ago, he realized in full force how much living by the Pacific was part of the fiber of his being. And in his new book, The Golden Shore, Helvarg shows us how he connects most with an ocean that covers roughly one-third of the world: He takes us surfing. Join Helvarg on Monday, March 11, at Books Inc. (1760 Fourth St., Berkeley) for a reading and discussion of the book.

“Before the people there was only water,” Helvarg writes in his opening chapter, referencing the creation myth of the shellfish-gathering Northern California Miwok. It’s a befitting start to a book that argues that the waters of the Pacific define California, which Helvarg repeatedly describes as “a uniquely maritime nation unto itself.”

From the Spanish explorers who first traced the state’s jagged contours along the coast, to the early hunters’ boom and bust cycle of the otter trade, to the throngs of new coastal settlers during the Gold Rush, the book begins by explaining how the sea has historically defined a state that “otherwise would just be a long, skinny Nevada.” But The Golden Shore is far from a straight history lesson. Helvarg seamlessly weaves together the sundry contemporary narratives of the coast — from laidback surf culture in the south to the sparsely populated Redwood-lined cliffs of the north. He introduces us to his current home in Richmond, takes us on a diving trip to Catalina, views the sea from the former Russian hunting camp of Fort Ross, takes us into marine biology labs in San Diego, and drives up the Redwood coast from San Francisco to the Oregon border.

There’s a lot of movement, but Helvarg manages to keep a tight narrative by continuously returning back to what has ultimately come to maintain the coast in the state: a largely successful marine conservation movement that is, in Helvarg’s opinion, humanity’s best model of how to live in harmony with our oceans. “We’re saving it better than anywhere else,” said Helvarg. “And what I’ve realized is it’s because most everyone who lives here has a sense of entitlement to the ocean.” And so, with The Golden Shore, Helvarg sets out to describe the many ways in which the ocean matters to Californians.

As a result, the book is — despite not glossing over the many failures of the environmental movement in California — positively hopeful. “Blue Frontier was a wake-up call. But in California there has been an evolution of how we live with the Pacific,” Helvarg said. “The main difference in this book is telling the story of where I live, and where I live by the ocean, and how millions of different people living in my situation have reached a place of hope. If I were in New York or New Jersey after Sandy, I would be looking to California — not the federal government — for how to positively deal with climate change.”

For all its weaving together of disparate coastal narratives, the book could benefit from one obvious addition: a map of the coast. For even the most seasoned Californians will find themselves left with a sizable bucket list of unvisited coastal destinations. “I really do hope the book gets people back on the road and on the beach,” said Helvarg. “Because, you know, you protect that which you love.” 7 p.m., free. BooksInc.net

Bringing Day of the Dead to Life