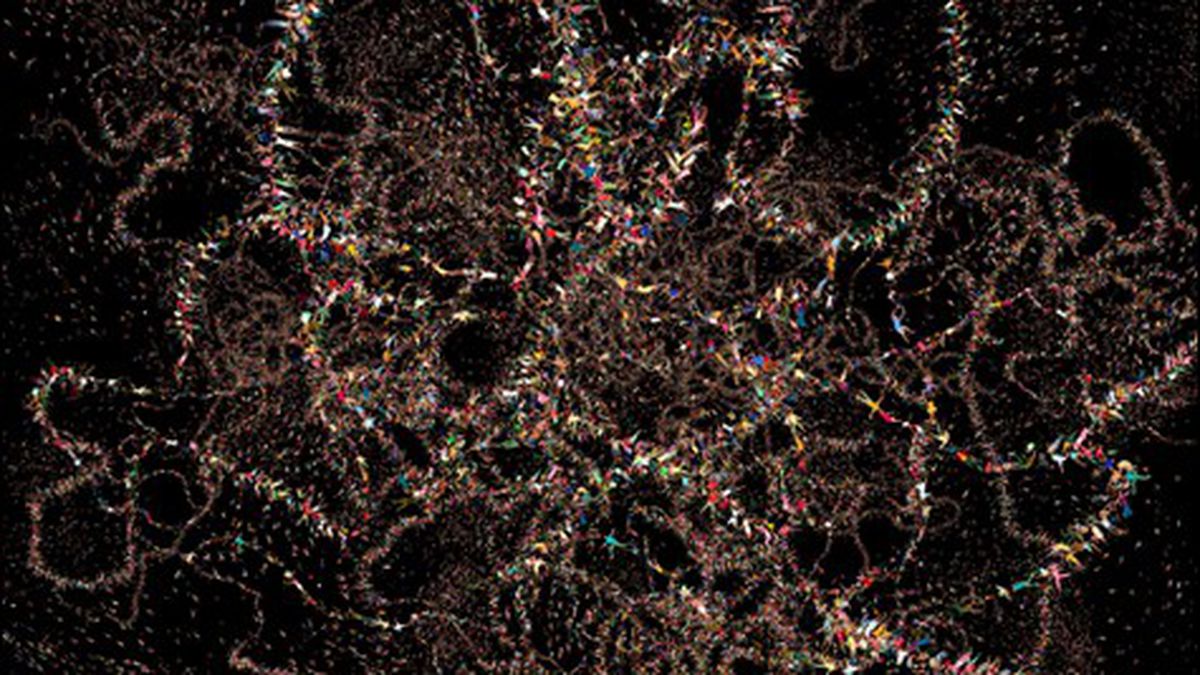 Three artists explore the light side and the dark side of digital technology through manipulated photography, video and sound.

By and large, references to digital technology in visual art are expressions of anxiety. In opposition to the mass market, which unconditionally celebrates new gadgets, software, and social networks in order to sell them, artists tend to chime in with a dutifully critical eye: rein in your zeal, they seem to warn, lest you find yourself staring into an abyss.

David O’Brien, Andrew Benson, and Tamara Albaitis, the artists included in the exhibition Pixelated Drift, now at Johansson Projects, each reckon with said abyss — the dehumanizing void that digital interfaces and sites of supposed “connectivity” threaten to create. But they also acknowledge the giddy froth of this equation: the mad, dizzying joy in messing with digital technologies, particularly in putting them to uses askew of those for which they were intended.

O’Brien produces Photoshopped images consisting of dozens of ecstatic, cheerfully dressed models rendered tiny and duplicated ad infinitum, splashed across the page like the paint off of Jackson Pollock’s brush. O’Brien’s studio is evidently a lively one; the models strike fun poses to mime diving or perhaps plummeting, as on a roller coaster. Before glossy, blank backgrounds, these human chains coil into three-dimensional structures that resemble either sub-cellular organelles or celestial formations ­— like social networks, exploding in the void of space with vertiginous thrill.

Benson’s videos feature close-up shots of the artist head-banging (or otherwise freaking out) as layers of digital video distortion break and wash over him. Again, there are elements of both play (anyone who has toyed around with Apple’s Photobooth app knows how delightful the surprising effects of image distortion can be) and terror. The waves of vibrating pixelation and fractal patterns in lurid RGB coloration at once seem to invigorate the figure and choke him.

Albaitis’ installation, consisting of about one hundred speaker cones crammed into the opening of a gallery archway, their wires creeping out onto the ceiling and floor, employs an aesthetic that contrasts with those of her co-exhibitors. Although the only work in the show to involve sound, it in many ways seems the quietest. While the obstructive monument certainly delights in agglomeration of a sort akin to O’Brien’s photographic duplication and Benson’s post-production layering, it feels relatively still; painted white on one side and black on the other, it suggests a wall of skulls in a catacomb.

The speakers emit a loop of the gallery’s ambient sounds — a water valve opening, a car passing by, and so forth — that the artist recorded one night. The noise is exemplary of the exhibition’s dual attitude toward technology: its rhythmic pings and pulses exist halfway between a horrible telltale heart and something soothing; something one could happily live with forever.