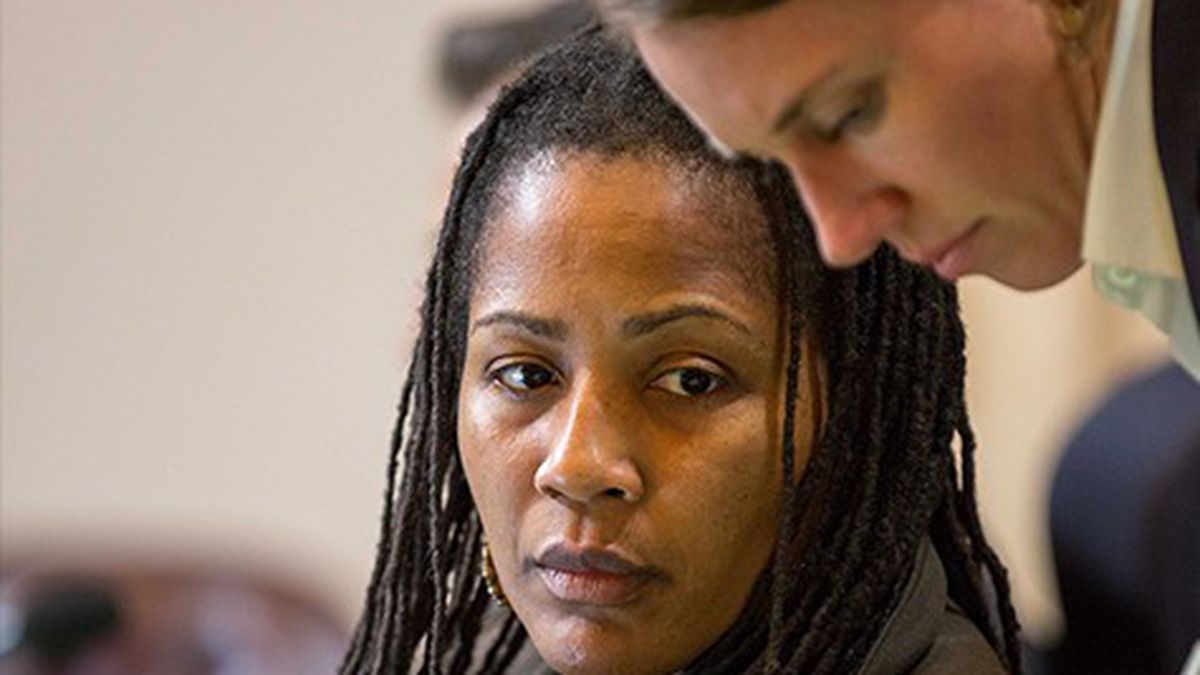 Public records show that Lynette Gibson McElhaney loaned money to her sister in an apparent house-flipping scheme in Oakland that also involved her nonprofit's business partner.

A recent real estate deal in Oakland’s Crocker Highlands neighborhood is raising new questions about potential conflicts of interest in financial transactions involving city council President Lynette Gibson McElhaney; her nonprofit, Richmond Neighborhood Housing Services; and her family members. According to public records, Gibson McElhaney’s sister, Andrea Gibson Nobles, who appears to be unemployed, purchased a five-bedroom home for $820,000 in December 2013, thanks to a loan for that same amount from a Novato private lending company, Pacific Private Money. Then, after Gibson McElhaney and her nonprofit’s business partner Nakatoma Acquisitions also loaned more cash to Gibson Nobles to pay for renovations on the home, Gibson Nobles sold the Crocker Highlands house in December 2014 for $1.28 million — a $460,000 markup in twelve months.

The apparent house-flip was at least the second questionable deal involving the West Oakland councilmember and her sister. Last month, the Express reported that Gibson Nobles had invested in a house-flipping transaction alongside Gibson McElhaney’s nonprofit. That deal also involved financing arranged through Pacific Private Money by Nakatoma Acquisitions and its principal, Richard Reese. Gibson McElhaney’s involvement in house-flipping deals in Oakland runs counter to speeches she has made about the dangers of real-estate speculation and gentrification in the city (see “West Oakland Councilmember Involved in House-Flipping Scheme,” 12/17/14).

However, Mark Hanf, the broker-president of Pacific Private Money, said in an interview that it was his understanding that Gibson Nobles had originally purchased the property as an investment, and that she intended to fix up the home and sell it for a profit. It’s also unclear how Gibson Nobles could have stayed in the house and repaid the $26,000 loan to her sister at a time when she apparently had no income. Gibson Nobles did not respond to requests for comment.

Regarding the earlier Oakland house-flipping deal, involving a home on Ayala Street in North Oakland, Gibson McElhaney told the Express last month — and again earlier this week — that she also did not know her sister had invested alongside the councilmember’s nonprofit in the transaction. That deal also was spearheaded by Nakatoma Acquisitions. “She should have disclosed to me that she was an investor in Nakatoma,” Gibson McElhaney said on Monday of her sister. “I should have been more thorough.”

However, public records related to the purchase and sale of that Ayala Street house show that Gibson Nobles listed her sister’s West Oakland home address in 2013 as her own address — meaning that all the records pertaining to Gibson Nobles’ investments with Nakatoma were being sent to Gibson McElhaney’s house. Reese and Nakatoma also later became involved in the Crocker Highlands deal, having loaned Gibson Nobles $36,000 in January 2014. In addition, Gibson McElhaney’s loan to her sister occurred at a time when the councilmember still had not paid her federal income taxes from 2006, 2008, and 2009.

Gibson McElhaney also had previously acknowledged to the Express that it was her sister who had introduced her originally to Reese and Nakatoma. As the Express reported last month, Gibson McElhaney’s nonprofit, Richmond Neighborhood Housing Services, signed a partnership agreement with Reese and Nakatoma for house-flipping deals in Oakland. Gibson McElhaney and officials from her nonprofit say they plan to use the proceeds from the market-rate real-estate investments to help finance affordable housing for veterans.

But Gibson Noble’s involvement in a deal alongside her sister’s nonprofit created potential conflicts of interest because Gibson Nobles stood to make a profit from Richmond Neighborhood Housing Services’ business dealings. The web of deals involving the councilmember, her sister, Nakatoma, and Pacific Private Money also raise questions about Gibson McElhaney mixing personal business with her professional duties as executive director of a nonprofit. According to the IRS, the potential for a conflict of interest arises when a nonprofit executive has a financial interest “directly or indirectly, through business, investment, or family” in a transaction or arrangement involving their nonprofit. Any transactions like this must be heavily scrutinized by a nonprofit’s board of directors to ensure that the organization isn’t being taken advantage of to enrich the organization’s officers or their family members. Ultimately, the point of the law is to protect federal and state taxpayers who subsidize nonprofits with tax-exempt status — and in the case of Richmond Neighborhood Housing Services, hundreds of thousands of dollars in taxpayer-funded grants over many years.

The Richmond Neighborhood Housing Services board of directors conducted an internal review of the matter in early December and determined that there was no violation of the organization’s conflict-of-interest policies. There is no evidence, however, that an independent examination has been undertaken. Gibson McElhaney said such deals involving her sister “will not happen in the future. Nakatoma has given us assurances to that.”

Gibson McElhaney, however, also acknowledged that she knew that Reese of Nakatoma had helped her sister find the Crocker Highlands house. She said Reese then helped Gibson Nobles financially when the property became financially burdensome for her sister. “This is the one thing that we knew Rich[ard Reese] was doing with her,” said Gibson McElhaney. “But she did not borrow money from Nakatoma to purchase the house, she borrowed money from Nakatoma to help her with saving and securing the property when it was clear she was over-invested and could not stay in it.”

Maxine Reynolds, president of Richmond Neighborhood Housing Services’ board of directors said that she was unaware of Gibson McElhaney’s loan to her sister. “I have no knowledge about what Lynette and her sister do as a family, no knowledge of Lynette being an investor in her sister’s property.”

Records show that the son of Gibson Nobles’ ex-husband, Eric Nobles, a former contractor for Richmond Neighborhood Housing Services, also loaned money to her for the Crocker Highlands deal.

Jan Masaoka of the California Association of Nonprofits said proactive disclosure of potential conflicts is crucial to ensure a nonprofit stays within the law. “Financial transactions like these for nonprofits, they’re not prohibited, but they have to be disclosed, and people who have conflicts of interest have to disclose these to their boards.”