Records show that Lynette Gibson McElhaney, who is seeking to become the next president of the Oakland City Council, failed to file her latest campaign donor reports. 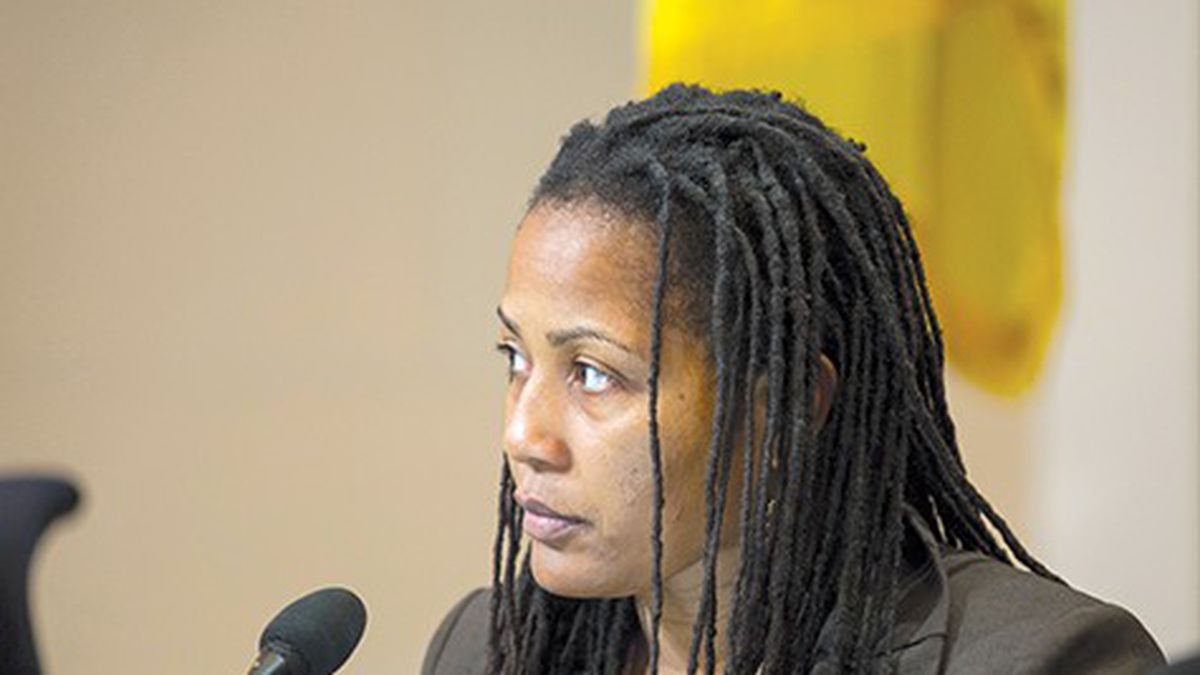 Half-way into her first term on the city council, where she represents downtown and West Oakland, Lynette Gibson McElhaney is pressing to become the next president of the council. It’s a powerful position: The president runs the council meetings, hands out committee assignments, and controls the council’s agenda. Multiple sources inside City Hall have told us that Gibson McElhaney has secured the support of at least two other councilmembers for her candidacy. The council is scheduled to select its new president on January 5 during a meeting and swearing-in ceremony for Mayor Libby Schaaf and new council and school board members.

Records reveal, however, that Gibson McElhaney has failed to file the required documentation of her political contributions and expenditures for nearly a year. Newly released records also raise questions about Gibson McElhaney’s nonprofit and her business associates.

The most recent deadline by which councilmembers were required to disclose their political contributions and expenditures was July 31, 2014. That’s the date on which both the California Fair Political Practices Commission and the City of Oakland require politicians to file comprehensive reports detailing where their money has come from and how they have spent it. (Candidates who sought election on November 4 were required to also file several subsequent reports. Gibson McElhaney, however, was not on the November ballot, so her most recent filing deadline was July 31.)

According to records maintained by the Oakland City Clerk’s office, Gibson McElhaney received about $23,595 in contributions and loans in 2013. She spent most of it, paying herself back for a $15,000 loan, paying thousands more to a campaign consultant and her campaign manager, and spending the rest on various goods and services related to her official duties. But Gibson McElhaney ended 2013 with a cash balance of $2,884 in her campaign committee account.

According to public records, Gibson McElhaney never terminated her campaign committee account, meaning that she should have filed disclosure forms with the Oakland City Clerk’s office, regardless of whether or not she raised or spent money in 2014. It’s unclear if she accepted money over the past year, who she may have taken money from, and whether and how she has spent money from her committee account. But online records reveal that Gibson McElhaney held a fundraiser in January 2014. If she received donations at that event, then she should have disclosed the contributions in filings she was required to make by July 31.

“To my knowledge, all reports are up to date but I don’t handle the treasury matters directly and will need to follow up with my team,” Gibson McElhaney told us in an email. Then, in a follow-up email, she wrote that her team members said they did not file the July 31 report with the city because she had failed to sign it.

Records show that all of the other councilmembers are up to date on their campaign filing disclosures. Outgoing Mayor Jean Quan and councilmembers-elect Abel Guillen and Annie Campbell Washington have also met their filing deadlines.

Gibson McElhaney’s failure to disclose her political contributions and expenditures follow revelations about the councilwoman’s involvement with her sister in a house-flipping scheme in Oakland through Gibson McElhaney’s nonprofit, Richmond Neighborhood Housing Services (see “West Oakland Councilmember Involved in House-Flipping Scheme,” 12/17). Gibson McElhaney’s involvement in house flipping for profit came at a time when she was also giving speeches about the dangers of gentrification, displacement, and real-estate profiteering in Oakland. Gibson McElhaney has justified the house flipping by contending that her nonprofit plans to use the proceeds to help pay for veterans’ housing.

In a letter to us, Gibson McElhaney described the agreement with Hampton as one in which Richmond Neighborhood Housing Services acquires foreclosed houses through the help of a company owned by Hampton. Hampton arranges the financing and rehabilitation of the homes. Then, according to Gibson McElhaney, low- to moderate-income buyers “are given priority on the purchase. NHS East Bay receives a modest project management/development fee and the opportunity to provide housing counseling to any low-mod[erate-income] buyer interested in the property.”

In addition to contributing the maximum allowable amount to Gibson McElhaney’s campaign in 2012, Kevin Hampton was a member of the host committee for Gibson McElhaney’s victory celebration in November 2012 when she was elected to the city council.

Hampton also has a troubled background. Records from the Nevada Department of Corrections show that Hampton was convicted of forgery in 1995 and sentenced to two years in prison. He served time from April 7, 1995 through September 25, 1995, and was on parole until July 26 the following year. He has no record of convictions in California. Hampton did not respond to repeated requests for comment for this report.

The pattern of Gibson McElhaney’s involvement with Hampton also resembles that of her nonprofit’s dealings with real estate investor Richard Reese. Like Hampton, Reese has a checkered past. Court records show that he has been involved in several questionable financial deals over the years, and has been sued multiple times for alleged fraud.

Through a federal Freedom of Information Act request we recently obtained audits of Richmond Neighborhood Housing Services conducted by the organization’s accountants and by NeighborWorks, the federally chartered foundation that oversees community development corporations. The audits raised concerns about the fact that Niels Povlsen, former president and current board member of Richmond Neighborhood Housing Services, had also been handling title and escrow services for the nonprofit through his position as a senior account executive at Old Republic Title Company. Povlsen was paying himself commissions for each closed real estate transaction. The audits didn’t disclose how much money Povlsen took in commissions from the nonprofit. Povlsen appears to have disclosed this conflict of interest to NeighborWorks in 2008. NeighborWorks auditors expressed serious reservations about this conflict of interest to Gibson McElhaney and her organization, records show.

Nonetheless, Povlsen and Old Republic Title Company continued to profit from Richmond Neighborhood Housing Services’ real estate deals until April 2012 when Povlsen wrote to NeighborWorks that “to allay any perception of a conflict of interest that concern [sic] I will no longer receive any compensation, commission or otherwise, from any business relationship between our two companies.”

Next ArticleThe Express’ Most Popular Stories of 2014