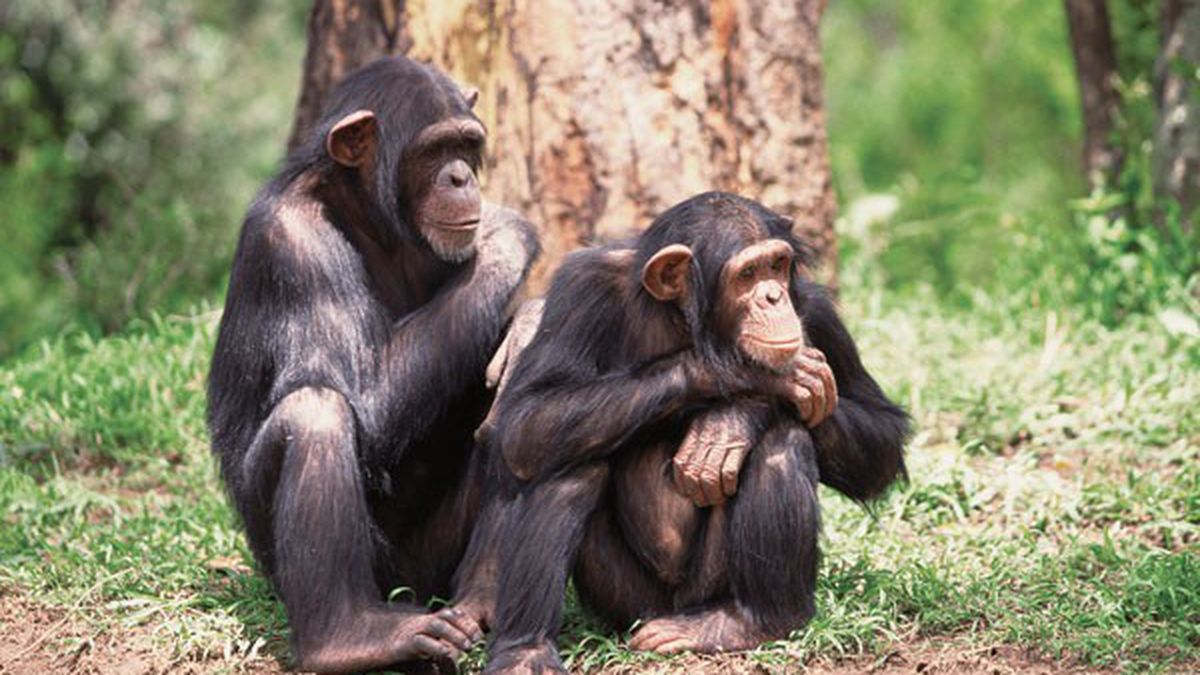 We’re Hardwired to be Good

New research suggests that empathetic interconnectedness is our nature.

The holiday season is the one time of the year in which being good is placed front and center in our cultural milieu. The prevailing dog-eat-dog view of human nature seems especially out of sorts at this time of year. Even kids awaiting Christmas booty know that, as the lyrics to “Santa Claus Is Coming to Town” tell us, we had better “be good for goodness sake.” A new book by Frans de Waal, The Age of Empathy: Nature’s Lessons for a Kinder Society, helps us to understand why.

De Waal, a primatologist at Emory University, guides the reader through numerous animal studies that show that compassion and empathy are hardwired into our sentient cousins. Properly performed animal studies tell us much about ourselves, and de Waal’s scientific exploration with our animal fellow travelers spotlights a font of mammalian goodness that is common to all such species, including our own.

Humanists around the world have been buying billboards and placing signs on buses that implore us to follow Santa’s admonition and “be good for goodness sake.” The point of their campaign is to deemphasize religion; but the question they raise for me is “why be good?” This is the most important practical and philosophical question facing humankind today. In our pluralistic world, it is hard to know what is good until we understand where good comes from — especially since even most evil acts today are defended as being in the service of some vague conception of the good. A clear understanding of why we should be good can give us grounding in what true good is. It can produce a moral anchoring that helps us make proper decisions in our daily lives and allows us to separate the moral wheat from the amoral or immoral chaff.

What is good is not a new or simple question. But in this time of severe climate change and our seeming inability to deal with the world’s growing hunger problems, it is taking on a greater urgency. As with the time several decades ago when the world woke up to realize that nuclear weapons could truly destroy human life, certain realizations are game changers.

Those who are concerned with locating the moral underpinnings of our society struggle with where to find such anchors. Religious traditions often feel secure that grounding is found in the scripture or liturgy of their religion. Those of the Abrahamic religious traditions find the rationale for good behavior in the teachings of their holy books, although the basic documents are prone to massive disputes in each of these traditions. Many humanists find good in a moral interpretation of the doctrine of human rights. Buddhists who believe in rebirth stress the importance of merit, good acts, and the resulting positive karma to direct their future lives. The Age of Empathy provides a partial but universal answer to this question. Good is our hardwired empathetic attitude.

Studying all sorts of apes and hanging out with elephants, de Waal became convinced that, like them, we human cousins are group animals — “highly cooperative, sensitive to injustice, sometimes warmongering, but mostly peace loving.” In his studies, he highlights numerous studies of caring behavior in a menagerie of mammals. De Waal documents conflict resolution among chimpanzees, led by the females, of course, who often disarm male chimpanzees as they prepare for some kind of fight. The animals he studies show empathy toward one another and sensitivity toward each other in ways that those who emphasize the aggressive nature of humans claim is not the bedrock of humans. De Waal argues that the data shows that while we and our animal mates are often aggressive, these traits come from a need for security, not from some “selfish gene.” The need for security can be met with proper group interaction, not just individual or group warfare on other humans. In fact, giving peace a chance is almost always the best course of action.

De Waal’s work is part of a scientific inquiry into moral activity that is underway in a number of disciplines. Though in its infancy, neuroscience is finding the physical spaces in our brains in which motivation for our actions — good and bad — seems to emanate. In the future, it may be possible to zap the bad places and feed the good. Whether that will be a good thing to do is a complicated question, since science itself is as value-laden as any other endeavor. But this realm will be in the news for the rest of our lives and is likely to show that working with others is more in line with our physical and mental beings than the competitive social Darwinism of American life. If it isn’t, then we are really a species below that of our fellow large mammals. Research by de Waal and others shows that monkeys and apes often act empathetically toward their fellow species mates — even when there is nothing in it for them personally.

Like Darwin, de Waal argues that human morality is “derived from animal sociality.” Thus, he argues, natural selection favors social tendencies “far more conducive to optimism than generally assumed.” Many of us believe that humans are by their nature aggressive and individualistic. Looking at our lives and histories often reinforces this notion, which is parroted by politicians wishing to gird us for warlike adventures and a mainstream media that believes it wins more viewers by showing the harsher side of life. Of course, de Waal admits that we “walk on two legs,” one of empathy and the other of aggressive selfishness. But our empathetic leg is much stronger — if we let it be.

And there is the rub. Society has the ability to emphasize one leg or the other. Today, there is no question that society encourages aggression and discourages empathy. But de Waal’s work points a way forward from this nasty mess. Moving forward from these studies of animal empathy to their meaning in contemporary politics, de Waal is critical of those in politics, law, and economics who pay no attention to the work being done in science and the humanities to understand ourselves. How, he asks, can economic and legal systems best fit with true human conditions if the findings of psychologists or anthropologists are not considered — to say nothing of the findings of biologists and neuroscientists? Shouldn’t the laws of humans conform to the needs of humans? Or, do we just have to change human nature to fit in with a profit-oriented economic system? No wonder we all seem so strange sometimes; we have to contort our beings into a systemic box that leaves little room for the expression of some of our most important attributes.

De Waal argues that empathy, and not aggression, is what connects us together as humans. He makes a solid case that the morality of “love thy neighbor” comes directly from our DNA. Sociality and reciprocity is hardwired in our being. Although it does not displace reason, empathy is its required partner for a fully functioning human.

But empathy is not sympathy. While etymologists may debate the meaning of these terms, sympathy includes a “feeling sorry for” component that empathy lacks. Empathy is the basis for interconnectedness. It engenders trust, as we know that the other person feels a little of what we are feeling. It lets us know that we are not alone. And there is no judging others in an empathetic reaction.

So empathy is “goodness sake.” It can be found in all traditions and communities, religious and non-religious; and, it is what makes us human. It is the link that ties us to those in de Waal’s animal community with whom we share the planet.

It is time to consciously make empathy the cornerstone of our society. This prescription may seem utopian, but isn’t that the kind of thinking that the holiday season encourages? If we don’t let our imaginations loose, how else can Santa squeeze down the chimney?