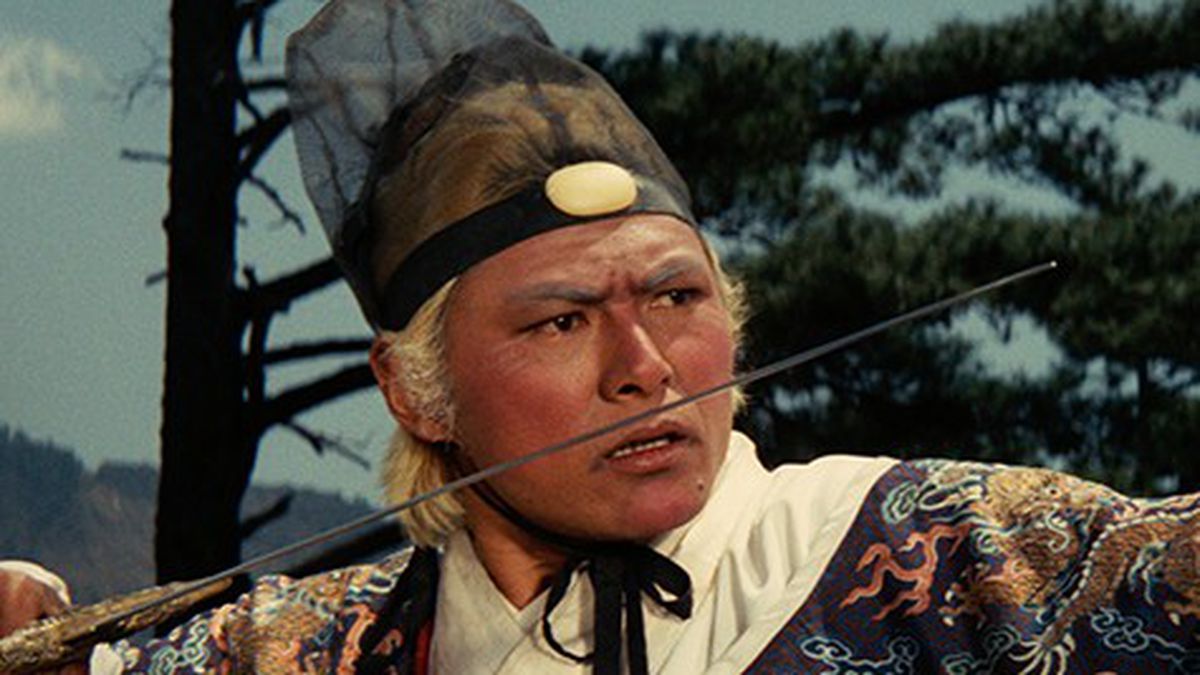 Welcome Back to ‘Dragon Inn’

The hallmarks of King Hu’s Dragon Inn — the set-ups, the soundtrack score, the actors’ makeup, the voiceover narration, everything about it — are so different from today’s costumed action movies that Hu’s adventure seems beamed in from a far-away galaxy. That’s a reasonably accurate first impression.

Dragon Inn was produced in Taiwan in 1967, years after the first wuxia (heroic martial arts) pics were made for Chinese audiences. But actor-turned-writer-director Hu’s vision of a desert battle between ruthless agents of the imperial court and a desperate band of outsiders takes a familiar old story to new heights. The colorful spectacle that wowed Asian moviegoers when it was first released and eventually became a worldwide cause-célèbre.

That was in a time before actors Jackie Chan, Bruce Lee, Jet Li, and such filmmakers as John Woo, Tsui Hark, and Ang Lee stamped their personalities on the martial arts film scene; and before Hollywood had thoroughly homogenized production values. Dragon Inn, made one year after Hu’s 1966 hit Come Drink with Me, is unapologetically Chinese. That undeniable otherness is part of its appeal, as is the fact that for years afterward Dragon Inn was generally unavailable except in tribute spinoffs such as Tsai Ming-liang’s postmodern art film, Good Bye Dragon Inn. But now the original is back, in a 4K digital restoration that puts its legendary ingredients on full display.

At the dusty title location, an authority-resistant Gang of Four led by cool-headed wanderer Xiao Shaozi (Shi Jun) and a beautiful swordswoman named Miss Chu (Shang Kuan Ling-Feng) interrupts the sinister strategies of one Cao Shaoqi, a power-hungry — and lethally combative — eunuch of the imperial court, played by actor Bai Ying with a shock of white hair and a permanent sneer on his face. Cao is determined to wipe out the family members of a rival by assassinating them on their exile trail to Dragon Inn, thus eliminating obstacles. This plan seems grossly unfair to Xiao, Miss Chu, and their friends, and the fur begins to fly.

It’s easy to see how Dragon Inn acquired a mythical status during its absence. Hu’s widescreen compositions are superb, with sweeping desert vistas capped by a mountain-top battle royale finale. The female warrior, hardly a novelty in 1967 Chinese epics, gains a new dimension with Shang’s balletic grace — offscreen, she achieved second-degree black belts in karate and tae kwon do. And if Hu’s settings and deliberate pacing seem reminiscent of Sergio Leone (his spaghetti westerns were already famous when Hu began directing), then Shi Jun is certainly Hu’s Clint Eastwood — a cool, laconic stranger with deadly sword skills. But Bai Ying’s extravagantly weird shadow-emperor, Cai, steals the show. Despite the castrato jokes from his adversaries, he’s magisterially creepy with his white hair and red cape. (Worse still, halfway through the climactic fight his mussed hair makes him look like Donald Trump.) The director peppers the buildup scenes with such playful stunts as a noodle bowl tossed across a room, sight gags with poisoned liquor, sneak attacks at bedtime, etc.

Janus Films recently acquired both Dragon Inn and Hu’s 1971 follow-up A Touch of Zen for theatrical re-release and home video via its Criterion Collection. As such, they’re the event of the year for wuxia fanatics. For audiences even vaguely attracted to sweeping visual extravagance and indelible characters, Hu’s work represents a quantum leap forward for Chinese-language fantasy. See it and shiver with delight.

Have Steam, Will Travel

Your Daily Lick: The Interchangeable Hearts