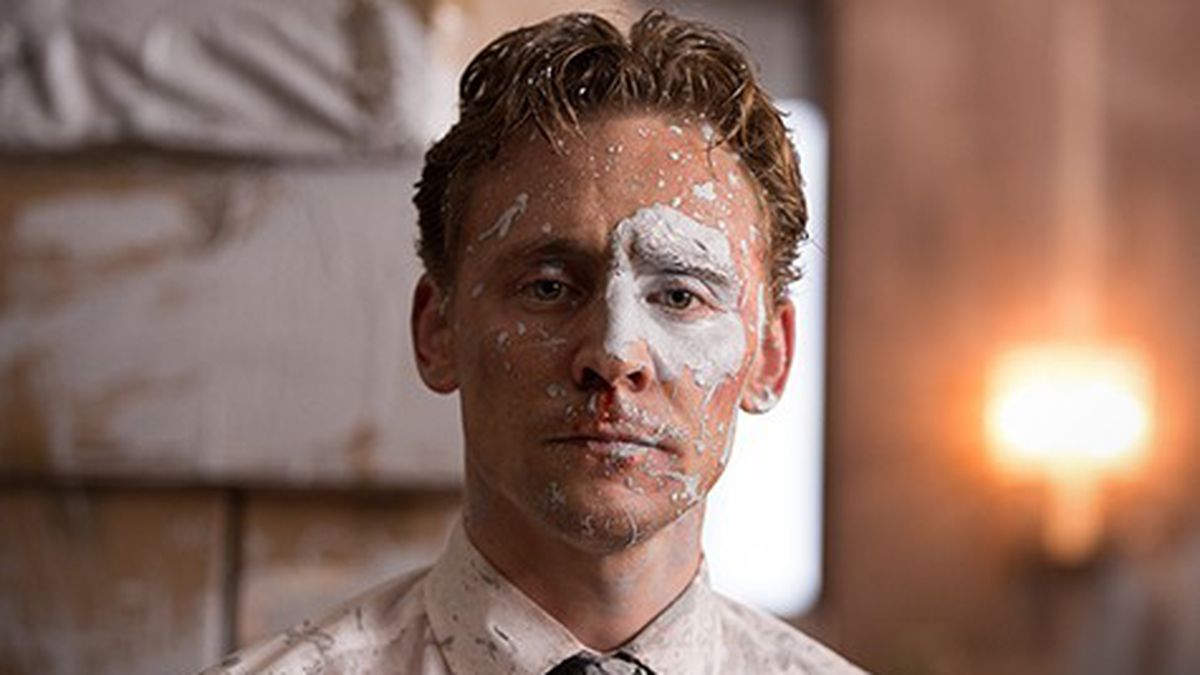 Start the Revolution without ‘High-Rise’

Dystopia on five clichés a minute.

The time is that well known moment, about a week from now, when normal everyday life begins to fade away and widespread chaos slowly asserts itself. The action takes place in a single setting, a preposterously fortress-like residential tower where Dr. Robert Laing (Tom Hiddleston), a physiology professor, has just moved in. Dr. Laing’s condo is imposing enough — a concrete bunker in the sky — but not one of the very most coveted units in the building. It sits a little more than halfway up the massive tower, well below the outrageous ziggurat of the upper floors and seemingly worlds away from the rooftop “country estate” of the architect Antony Royal (Jeremy Irons), the building’s enigmatic technocrat owner.

If this is beginning to sound a little like Metropolis (Laing, Lang, get it?) try not to let that bother you. Ballard’s scenario, adapted from his novel by screenwriter Amy Jump and directed by Ben Wheatley, will visit scenes lifted from several films and books before the movie’s over. It’s a classic dystopian futuristic vision, Ballard style, heavy on the grotty details and keyed to Clint Mansell’s energetically forbidding music score and jukebox tunes.

Laing feels out of place in his new environment. He grows increasingly lonely, horny, and hostile, in common with his fellow tenants. Up above, Royal the overlord remains aloof, dallying in his garden and throwing lavish parties for the chosen few. Life in the tower, already sinister, takes a turn for the grotesque. Systems begin to fail — blackouts, uncollected garbage, etc. In his voiceover narration, Laing describes life in the building as one of “mania, narcissism, and power failure.” Class conflicts surface among the tenants. Decorum breaks down. Meanwhile, construction cranes are everywhere, building more high-rises. Nothing very subtle about all this. High-Rise is the sort of movie that wears you out in looking at it, not physically so much as spiritually. It’s a bad dream you can walk out of.

England-based director Wheatley, whose Sightseers in 2012 had macabre fun with a pair of lethal middle-class tourists, plays the heavy-handed material as if it were a witty drawing-room comedy — although one outfitted with casual mayhem. The editing, by Wheatley and writer Jump, is part of its queasy charm, as are the evocative soundtrack tunes by Can, Amon Düül, Portishead, Gila, and The Fall. Irons’ performance as Royal appears effortless. Sienna Miller, Luke Evans, and Dan Renton Skinner are effective as various disagreeable tower dwellers, but Elisabeth Moss seems out of place — she’s too normal. Fresh from the debacle of I Saw the Light, this time Hiddleston is ideally suited for his iffy role, a powerless idealist trapped in a clichéd decline-and-fall framework. Nevertheless, Hiddleston adapts well to chilled allegories. All Laing really wants is his paint — he needs to finish decorating his condo.

There’s no explaining why the filmmakers tacked on the Margaret Thatcher coda, unless it’s to make sure no one misses the point about plutocracy and decadence. Between Thatcher’s pronouncements and Mr. Royal’s Marie Antoinette 18th century costume party (Laing shows up wearing the wrong outfit, of course), High-Rise refuses to let us off with a whiff of revolutionary outrage when a truckload is so easy to dump off. Eisenstein and Dovzhenko might have recognized the gesture, but that doesn’t make it any less obvious.