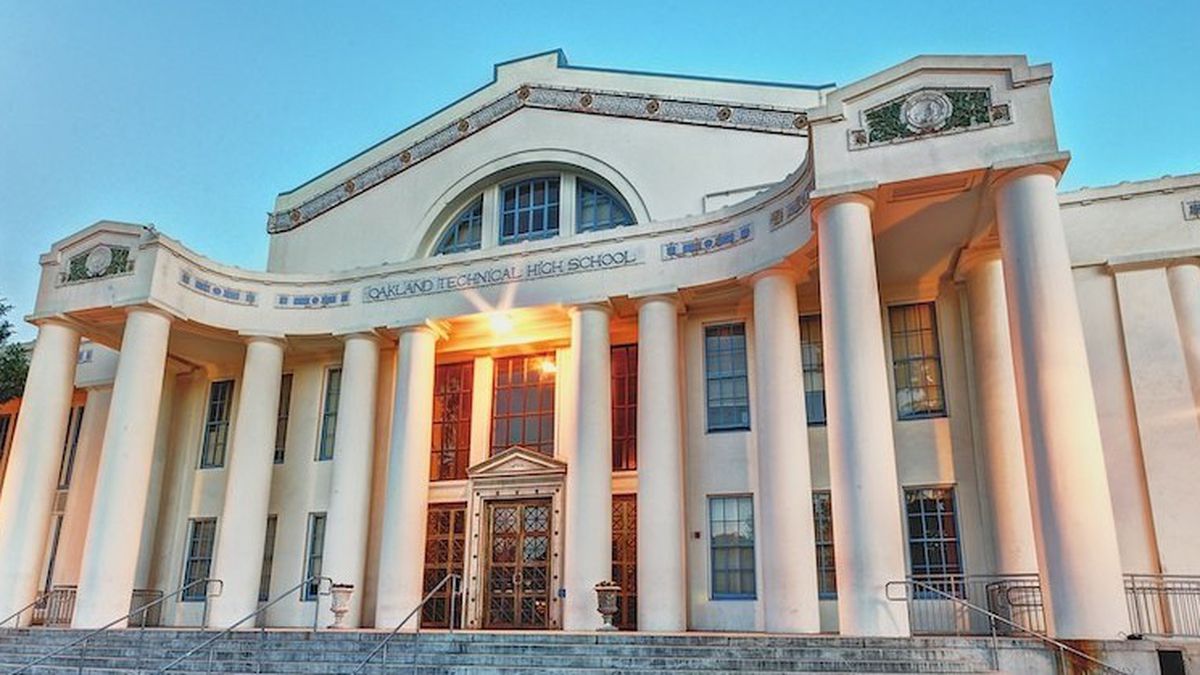 1. The cash-strapped Oakland school district is working on a plan to close up to 24 schools in the next five years in order to cope with a massive budget deficit, reports Ali Tadayon of the East Bay Times$. The district’s plan comes in response to an Alameda County Grand Jury report that strongly criticized Oakland for having far more schools than its enrollment can support. Oakland’s enrollment has plummeted from 54,000 to 37,000 students in the past 15 years.

2. Oakland Councilmember Dan Kalb and his former chief of staff Olga Bolotina intervened in a stabbing attack near City Hall and helped save the victim and nab the suspect, reports David DeBolt of the East Bay Times$. Kalb and Bolotina witnessed a man stabbing a woman, and with the help of another Good Samaritan were able to wrestle the knife away from the suspect, stabilize the victim, and hold the attacker until police arrived. The victim was taken to the hospital with serious injuries. The suspect has been charged with attempted murder.

3. President Trump said on Twitter this morning that he has ordered FEMA to stop providing relief to California wildfire victims — until the state changes its forest management practices to allow more tree cutting, the Washington Post reports (via SFGate.com). However, it’s not clear whether FEMA will carry out the president’s order because of the federal government shutdown. If it does, it will be devastating to tens of thousands of victims of the horrific Camp Fire.

4. Gov. Gavin Newsom is proposing to spend $305 million on improving the state’s preparation and response to destructive wildfires, reports Paul Rogers of the Mercury News$. “With Gov. Jay Inslee of Washington and Kate Brown of Oregon, Newsom also sent a letter to President Trump on Tuesday asking for the federal government to double its funding for fire prevention efforts in national forests in the three states.”

5. Three top PG&E executives are retiring this month as the embattled utility faces a possible bankruptcy over its responsibility for California’s numerous wildfires, reports J.D. Morris of the San Francisco Chronicle$. In addition, PG&E’s credit rating has plummeted to junk bond status, Bloomberg News reports (via the LA Times$).

6. And a state appellate court has ruled that California “is violating the rights of poor defendants by attaching fees to misdemeanor criminal convictions regardless of their ability to pay,” reports Bob Egelko of the San Francisco Chronicle$.

Previous ArticleNobilis Is Worth the Voyage