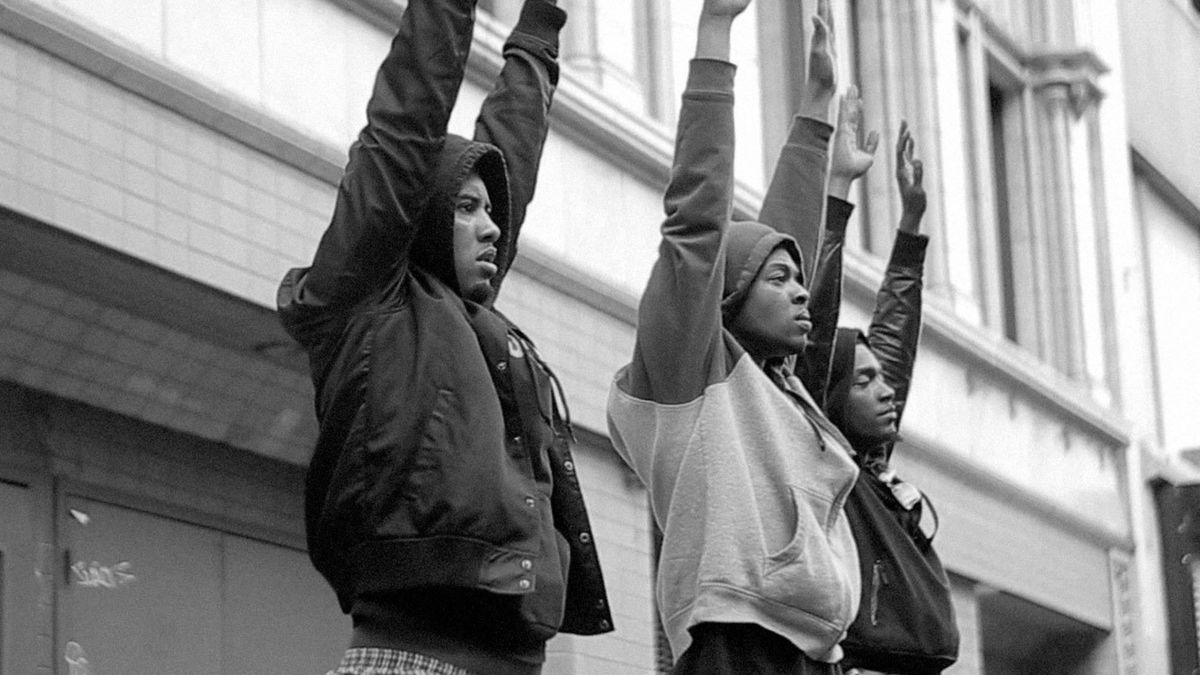 The end of last year was flooded with necessary commotion — in the streets, in the media, on the internet — that arose in wake of the deaths of Mike Brown and Eric Garner by the hands of policemen. Activism against police brutality took many forms, from angry shouts to poetic whispers. Yesterday, i-D magazine highlighted one of those more subdued battle cries, a stunning short film called Blackout. The piece was directed by young, independent filmmaker Terence Nance, and it hits particularly close to home for us in the East Bay. The gorgeous black and white short features heartbreakingly honest narration by Oakland civil rights attorney John Burris (known partially for filing a civil suit over the killing of Oscar Grant). His steady speech floats over slow motion shots of turf dancing blended into modern choreography evocative of vulnerability and resilience, all set in familiar locations in Downtown Oakland.

Nance, who is best known for his award-winning 2012 film, An Oversimplification of Her Beauty, originally released this film last November in support of Black Out for Human Rights and their #BlackoutBlackFriday campaign. On i-D, it appears rebranded, but with the same artistic impact. The magazine also published a short Q&A with the director, in which they ask about the intended reception of the film. “I wouldn’t want to prescribe a response to the film. I hope each person’s reaction to it is different,” Nance replied. “I hope it speaks specifically to their experience as a human being dealing with white supremacy and its symptoms—state sponsored human rights violations committed against Black people in America.” (Read the full interview here.)

Many people, like myself, might have initially overlooked the film in the midst of the information storm it was a part of. But it definitely deserves a moment of appreciation.