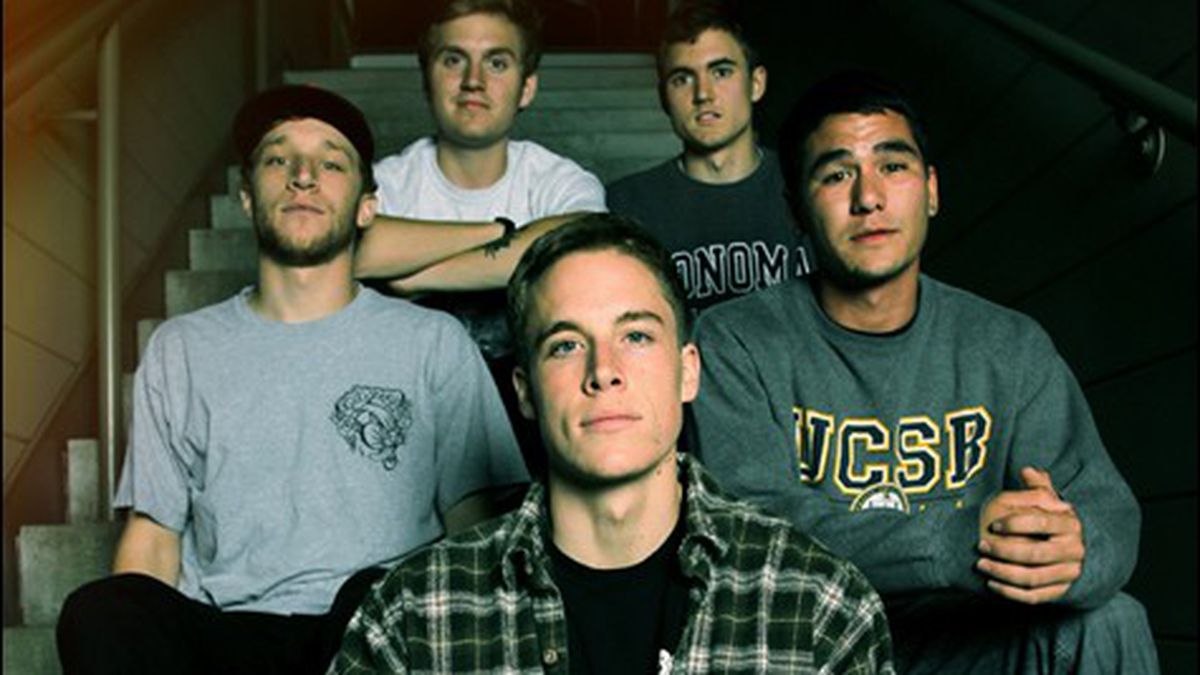 Three pop-punk bands — This Time Next Year, Set Your Goals, and The Story So Far — discuss the scene in the East Bay suburb.

Most high schoolers start a band to get out of the suburb where they grew up, but Brad Wiseman, the guitarist from pop-punk band This Time Next Year, said he always looks forward to coming home to Walnut Creek after being on tour.

“There is a unity here that’s friendship-driven,” Wiseman said of Walnut Creek’s trio of pop-punk bands — This Time Next Year, Set Your Goals, and The Story So Far — most of whose members met while attending Northgate High School. “We all grew up going to shows at [924] Gilman. That’s what keeps us together at the end of the day.”

Next month, This Time Next Year ends its six-year run with two final shows in Oakland and Anaheim, which will also be the last two performances for Set Your Goals’ original drummer, Mike Ambrose. Set Your Goals has endured many lineup changes, as has The Story So Far, which lost its original guitarist, Ambrose’s younger brother Kevin, when he moved away for college. As This Time Next Year calls it quits, the youngest band of the three, The Story So Far, is about to embark on a month-long tour with veteran pop-punk band New Found Glory before taking off on a club tour of Australia and Europe for most of next year.

The bands have put Walnut Creek on the map, literally, by putting images of it on merch items such as T-shirts and hoodies. The 65,000-resident city east of Oakland is known by pop-punk fans — primarily men in their late teens to early twenties — far and wide.

“Fans tweet to us when they are driving through Walnut Creek,” Wiseman said. “I recently saw my friend from Boston and he pulls out his phone and says, ‘I gotta show you this pic.’ And I’m thinking, oh, it’s going to be something dirty. Turns out, it’s the ‘Welcome to Walnut Creek’ sign off the [680] freeway.”

The bassist from The Story So Far, Kelen Capener, said that more people in Australia know about the pop-punk music coming out of Walnut Creek than in the East Bay itself.

In 2001, Capener and his bandmates were finishing middle school or had just started high school, and were spending their formative years listening to Green Day and Blink-182.

“The band started as friends who congregated to play music,” said Capener, who, at fifteen, was the oldest member when the band formed. “The Story So Far was a product of our therapy session, us getting together after school to release those tensions.”

Pop-punk was pioneered by The Ramones and later The Descendents — short songs composed of tight, loud guitar; surf-rock melodies; and aggressive drumming from an angst-ridden, white male point-of-view. Green Day’s Dookie took the sound mainstream in 1994, and Blink-182’s Enema of the State signaled the beginning of the end in 1999, when pop-punk could be heard on every Top 40 radio station. Green Day tried to disassociate itself from the “pop” of Dookie, revisiting its punk roots on its three following albums; Capener said Blink-182 is today widely considered “the apex of the genre.”

Despite the fact that these bands are carrying on a sound that was popular more than fifteen years ago, they aren’t suffering from any lack of fans. In fact, pop-punk appears to be one of those genres that has a firm hold on the psyche of teenage boys everywhere. Out of all the Walnut Creek’s bands, The Story So Far has the stickiest sound, fit for mainstream radio or popular music festivals like the Warped Tour.

The Story So Far, which is named after a New Found Glory song, will get its turn to open for its idols this month — both San Francisco shows, at Bottom of the Hill and Slim’s, quickly sold out — and New Found Glory guitarist Steven Klein is producing the band’s sophomore album, due in spring 2013. Most musicians in the pop-punk genre — at least the original members of New Found Glory, Set Your Goals, and This Time Next Year — ended up pursuing music instead of college; it’s a decision Capener said he and members of The Story So Far have continually struggled with.

“I feel pressure ’cause I am postponing my education,” said Capener, who is on a year-long leave of absence from Brigham Young University. “One year, give or take, till I graduate, then I leave to chase a dream. I don’t know how hard it’s going to be when, or if, I go back. You can’t bet on your band being successful.”

This Time Next Year’s breakup, which neither band would comment about in detail, also serves as a reminder that there is a limited window of opportunity.

“Every band has a life span,” Capener said. “It’s just one of those things. Now is the time for them to take up other opportunities in their lives.”

Wherever it leads, Capener said all three bands have had an opportunity to see the world and bring something back to the local scene. “I do think it’s a special thing that Walnut Creek has here, these three bands that are each quite successful,” Capener said. “We were added as ‘notable residents’ on the Walnut Creek Wikipedia page. We were very excited about that. We felt like we made it.”