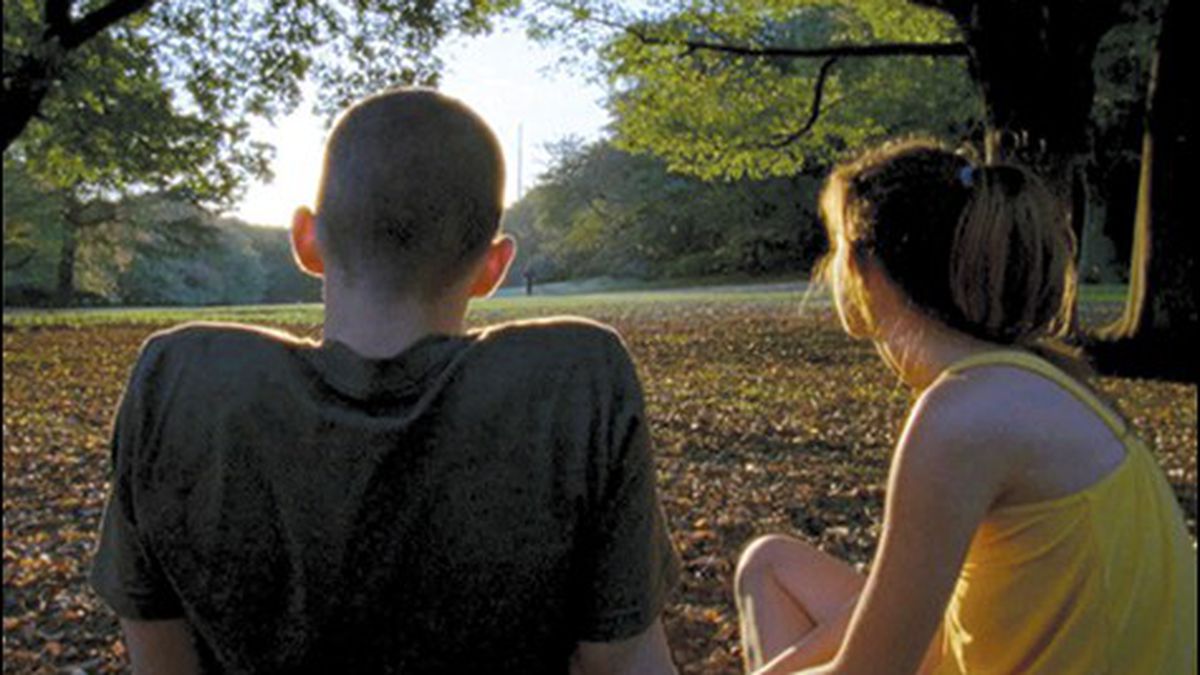 Void Where Prohibited: Enter the Void and I Spit on Your Grave

Who knows the mysteries of the human heart?” Variations on that eternal query, voiced by bartender Jim Broadbent in Neil Jordan’s The Crying Game, form the basis of countless movies. But Gaspar Noé takes the discussion up through the roof in Enter the Void, his extra-mysterious 2009 film now getting its US showcase.

Noé specializes in taking matters up through the roof, of course. The French-based writer-director, a native of Buenos Aires, seemingly lives to provoke visceral responses from his audience. In such films as 1998’s I Stand Alone (in which a crazed horsemeat butcher goes on a rampage) and 2002’s Irreversible (an ultra-violent tale of pimps and prostitutes in a Paris sex club, told in reverse order, from last scene to first), abstract notions of fate and destiny commingle with depictions of life at its most riotous. Emotions erupt more often than they subside. Noé’s visuals are something to write home about.

This latest excursion into his personal, almost private sphere of intellectualized pulp may be Noé’s most eye-popping yet, the story of twentysomething American siblings Linda (Paz de la Huerta) and Oscar (Nathaniel Brown) and their rough night in Tokyo.

As imagined by Noé and his co-screenwriter (and spouse) Lucile Hadzihalilovic, Linda and her older brother Oscar are setting the pace for downsized US career horizons — she’s a stripper/bar girl in a nightclub in the Japanese capital, and he claws out a living selling ecstasy and other chemicals to fellow ex-pats. They’ve just moved into a new apartment, from the looks of it somewhere in nightlife-thick Shinjuku. Linda and Oscar’s relationship is more sexually charged, right from the start, than that of ordinary brothers and sisters. Every two-shot of them together brings to mind the first scene of a porno reel.

After Linda leaves for work, Oscar gets high, and we’re immediately whisked into some of the most astoundingly “trippy” visuals to ever hit theater screens. Forget Jordan Belson, Terry Gilliam, Stanley Kubrick, the Wachowskis, The Trip, Inland Empire, etc. Day-glo ganglia sprout in the air and undulate sensuously. Worlds collide, atomize, and reform. The spectacle is intense yet totally relaxing. Oscar is so fucked up he retreats to the bathroom mirror to look at himself, and we suddenly realize we’ve been watching the film from his point of view. Soon, he will be trapped and shot dead by police in a grimy toilet and his restless soul will commence a journey inspired by Oscar’s reading of The Tibetan Book of the Dead.

Across the rooftops and over a maze-like warren of bars, shops, and living spaces floats Oscar’s soul, pausing now and then to drift down into individual rooms, mostly ones in which Linda is tussling with customers and her loathsome pimp/manager Mario (Masato Tanno). In his role as his sister’s guardian angel (à la Wings of Desire and Les Enfants Terribles), Oscar revisits scenes from their childhood — it’s complicated and troubled — as well as from her stressful adult life. There is unfinished business between them, and the naked emotional pain is intense.

We see what Oscar sees, at dead-slow speed, tripping through the Kabukicho sex entertainment district in a leisurely flurry of flickering strobe lights, an out-of-body experience to the tune of J.S. Bach’s Air on a G String, culminating in a tour-de-force of myriad sad couplings (and triplings), room to room in a love hotel. The visual effects and sound engineering are more advanced, in radical new directions, than almost anything we’ve been accustomed to.

Noé had a vision, reportedly sparked by watching Robert Montgomery’s Lady in the Lake and Kathryn Bigelow’s Strange Days on drugs. And his top-notch production team — including producer/VFX artistic director Pierre Buffin, DP Benoît Debie, art supervisor Marc Caro, sound designer Ken Yasumoto, and a battalion of digital artists, with Noé as head camera operator and film editor — faithfully carried it out. The scenario may be piecemeal-sensational, but the sensory experience is nonpareil. And both de la Huerta and Brown turn in emotionally credible performances.

Why Tokyo? Noé considered other locales in which to set Linda and Oscar’s tale, but that city’s combination of omnipresent neon and casual, estranged, ritualistic exoticism presumably appealed to him. That said, so much of the film is CGI it could just as well have been made on location in Oakland.

Is Enter the Void a wrenching metaphorical adventure in perception or a Reefer Madness for our times? Or is it what Noé believes it is, a “psychedelic melodrama”? Let’s hedge our bets and say it’s all of the above, and one the most unforgettable screen experiences of 2010.

No one is ever going to confuse Steven R. Monroe‘s remake of I Spit on Your Grave with The Passion of Joan of Arc, but this ostensibly silly horror quickie possesses a formal sophistication that would make Carl Theodor Dreyer sit up and take notice.

Jennifer, an attractive young writer with questionable street smarts (played by Sarah Butler), drives into the woodsy village on her way to a secluded cabin where she plans to work on her novel. At the gas station, she gets mean-mugged by four of the local cretins, who later humiliate and gang-rape her. When she escapes and the sheriff (Andrew Howard) arrives, he turns out to be the worst monster of all. Jennifer escapes a second time, then returns to wreak graphic vengeance.

The coordinates are Deliverance, natch, but also Straw Dogs, Michael Haneke’s Funny Games, Eli Roth’s Hostel films, Kill Bill, and the lion’s share of Jodie Foster’s filmography. There is also, it must be noted, a decided aroma of Ingmar Bergman’s The Virgin Spring. Monroe’s shockeroo, adapted by Stuart Morse from Meir Zarchi‘s 1978 film of the same name, tends more toward Scandinavian art-cinema of the Fifties than H’wood drive-in splatter of the Seventies — despite the lye bath, anally inserted shotgun, and fishhooks.

The spatial relationships, the close-ups, the medieval forest setting, even the presence of mentally challenged young man Matthew (played by Chad Lindberg) forced by his mates to violate Jennifer, all lend to the mood. The difference is that resilient Jennifer becomes her own Max Von Sydow. The mythology itself, however, remains as pristine as a grove of birch trees.