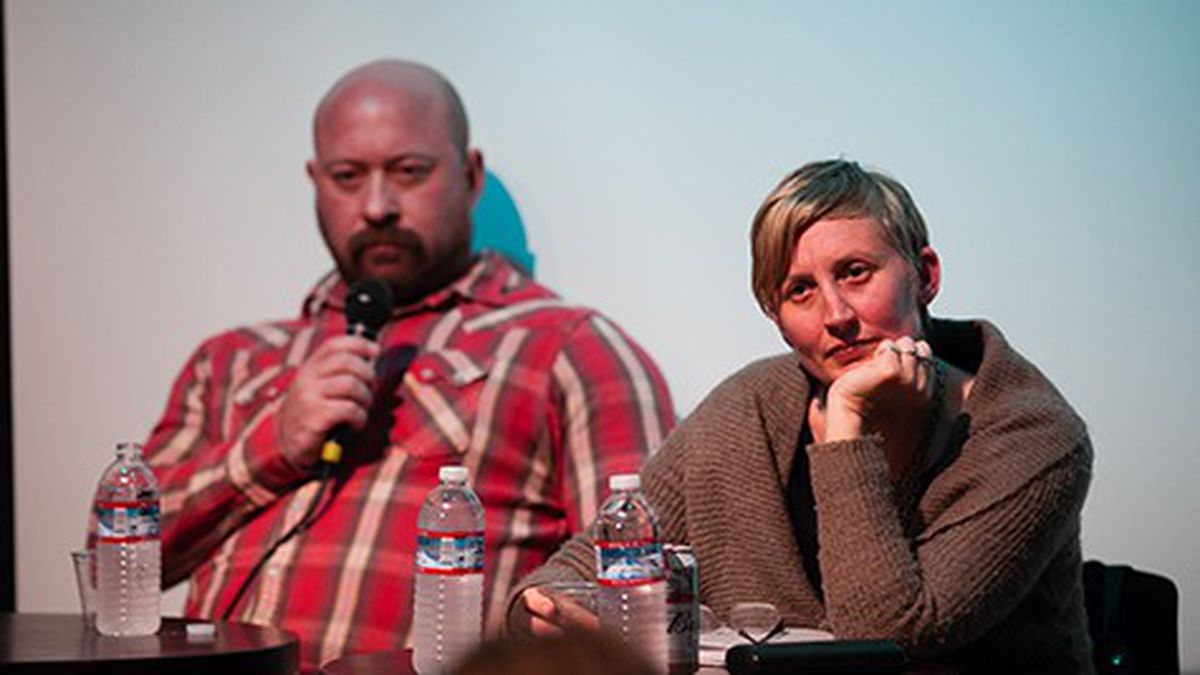 Academia and the art world continue to embrace subjects they once held up to scorn.

Matt Wobensmith arrived in San Francisco in 1989 to attend San Francisco Art Institute, where professors told him that his interest in punk and fanzines was a joke. So he dropped out.

Wobensmith relayed the anecdote last Friday at Wattis Institute of Contemporary Art. It was a panel discussion tied to Void California, a thesis exhibition curated by California College of the Arts graduate students in Curatorial Practice. The show surveys “punk-inflected” media produced in the Bay Area and Los Angeles in the Seventies and Eighties, and at the event, academics Allan deSouza and Fiamma Montezemolo joined Wobensmith, who today deals fanzine collections to major institutions.

In other words, Wobensmith’s youthful fixations are increasingly subject to serious inquiry in the very academic and art circles where they were once trivialized and derided.

Void California, which closes with a book launch on Friday, expands and enlivens an increasingly familiar gallery event: the punk art show. There are lashing illustrations by Raymond Pettibon — whose deadpan subcultural critiques now fetch staggering sums at auction — alongside copies of Search & Destroy, San Francisco writer and publisher V. Vale’s probing countercultural chronicle of the late Seventies. And photographs by Ruby Ray, once a Search & Destroy staffer, are recognized for their formal excellence and, as Void California curators emphasize in the accompanying book-length catalog, their exploration of San Francisco’s “perpetual urban demolition.”

The curators chose chronological bookends 1975 and 1989 — letting in mail art, punk, hardcore, and industrial — to focus not on one subculture but a profound increase in technological accessibility. Miniaturized magnetic tape equipment empowered East Bay outfit Negativland to appropriate and subvert sound sources; the advent of video enabled Joe Rees to stage and capture riotous live performances; and the proliferation of xerography revolutionized independent publishing.

All of these developments in technology allowed artists to document, thereby validating (and even transforming), their peers’ work and environments at a time when mainstream media refused — or wasn’t welcome — to meaningfully take notice. Indeed, Rees’ video piece about Jello Biafra’s theatric but rather prescient 1979 San Francisco mayoral run includes clips of network TV coverage that underscores the ignorance and condescension with which “punksters,” for instance, were often received.

Beyond the breadth of media, Void California excels in its efforts to contextualize the era, when headlines announced a parade of serial slayings, natural disasters, reactionary policy-making, and, in San Francisco, the renewed violence of redevelopment under Dianne Feinstein’s mayoral regime. In this regard, Void California sets its subject against a cultural backdrop much as Michael Stewart Foley did last year in his book on the Dead Kennedys’ debut album, Fresh Fruit for Rotting Vegetables (in which the author in turn relied heavily on David Talbot’s history of the period in San Francisco, Season of the Witch). To this theme, the inclusion of Berkeley art professor Randy Hussong’s little-known “Untitled” series of seemingly therapeutic newspaper edits — where whited-out text suggests that the times were almost too grim to fathom — goes a long way.

Void California‘s willingness to present artifacts of late-Seventies punk in Los Angeles and San Francisco alongside documentation of the relatively younger and suburban activities associated with Eighties hardcore is also rather refreshing. Though the shift was in many ways regressive — the hardcore set is often remembered for its relative violence and homogeneity — the eras are too often cordoned off in hindsight, rather than considered dialectically.

Void California stumbles where fanzine shows tend to stumble. Importing art world notions — and white-glove treatment — of “the original” to artifacts that were often photocopies to begin with is inevitably awkward, likewise with pieces of mail-art: Objects that accrete power through circulation lose their potency out of context. Though it’s impractical, if not impossible, fanzine-oriented exhibitions that involve photocopiers — or any sort of interactive component — help offset such neutralization.

The show broaches broader debates about institutions’ increasing interest in subcultures of yore. Does lofty, retrospective scholarship selfishly revise or enhance our understanding of subjects it once dismissed? And are people who were there and actively participating blinded to the significance of their scene, or are they our only reliable sources? So discussed the panelists, two out of three academics, in the Wattis on Friday. “The fact that we’re having this show is almost an indictment of the way museums and institutions work,” offered Wobensmith. “It’s almost like we should be looking at the things that professors are telling kids not to study right now.”

Climate Change Could Be GOP Downfall

Waiting in the Grass