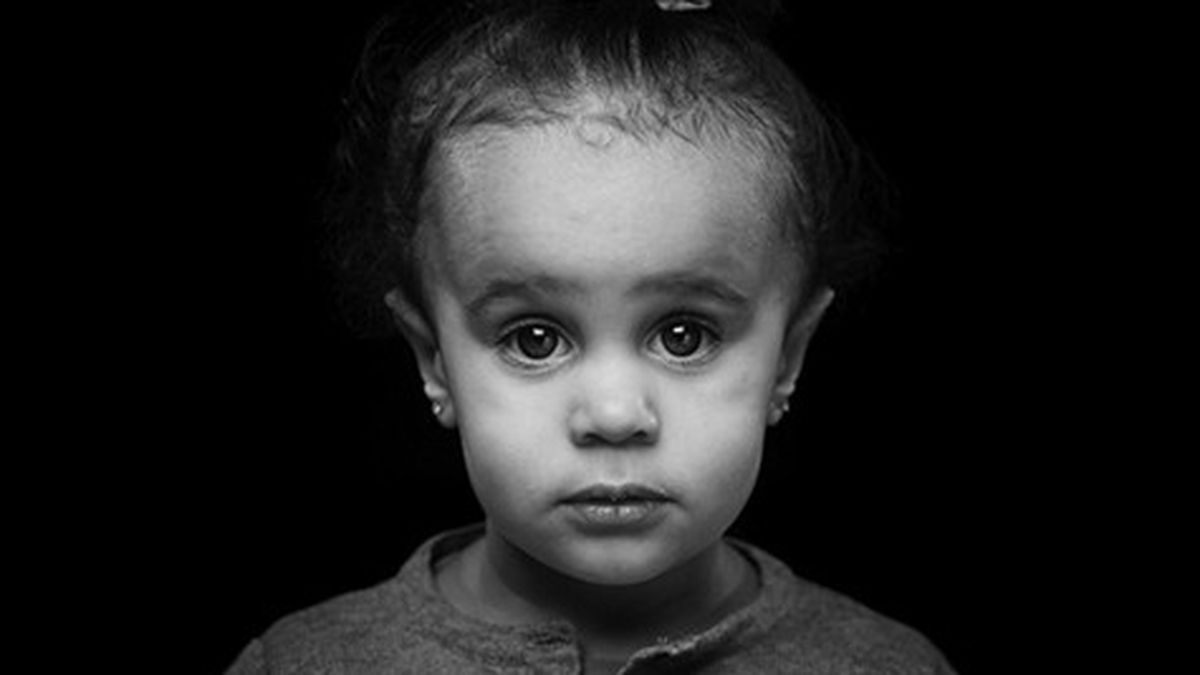 We're all in this together, Triska.

Godfrey Reggio knows his way around the Earth. Ever since making Koyaanisqatsi in 1982, the former monk-in-training and community activist has carved out his own subgenre of socially conscious documentaries, which feature a rhythmic procession of startling images from around the world. His main objective is to counteract what he sees as “life out of balance” — a translation of the Hopi word koyaanisqatsi — in an increasingly technology-driven society.

Visitors is the sixth film in Reggio’s “Qatsi” series, and the sixth to feature the work of composer Philip Glass. But in other respects Visitors is a breakaway from the pack. Where the other docs use a steady montage of dozens of shots of human and environmental actions, the new film consists of only 74 black-and-white shots, the majority of them extended close-ups faces, not all of them human — one of the stars of the film is Triska, a female lowland gorilla from the Bronx Zoo.

Along the way, and with the help of some of Glass’ most evocative music, we return the gazes of these fascinating faces; ponder time-lapse photography of building facades, a giant clown’s head in a derelict theme park, a crash-test dummy, and a Reggio-trademark cascade of garbage in a dump; and contemplate the details of such natural wonders as a mangrove swamp and a lunar horizon with Earth rising. One of the most penetrating subjects is a young girl who runs through several facial mood-recognition poses before she tires of the process. To further reinforce the human connection Reggio even throws in a shot of a seated theater audience, staring back at us as we stare at them. As the gallery gathers momentum we’re reminded of the work of Terrence Malick, Werner Herzog, Leni Riefenstahl, and Richard Avedon — the film is trance-inducing, yet with an insistent drumbeat message. Special kudos to editors Jon Kane and Chris Besecker; cinematographers Graham Berry, Trish Govoni, and Tom Lowe; and top-line “presenter” Steven Soderbergh, who presumably knows a good thing when he sees it.

The chief drawback to Reggio’s approach has always been that we “get” what he’s saying about five minutes into one of his movies, then have to sit through the rest of it listening to the chanting “Ko-yaan-i-sqaaaaat-seeeee” until we’re ready to run screaming out of the theater. Visitors evidently tries to head off our (tech-fueled) impatience with its carefully constructed, deliberately slowed-down montage, combined with world-class production values. Glass’ score — performed by the Bruckner Orchester Linz and conducted by Dennis Russell Davies — is one of his finest. The movie itself is photographed on 35mm laser film and presented in Super HD Blu-Ray 4K projection, stunning and hypnotic in ways the previous films could only dream of.

As always, the gateway to Reggio’s critique of the human experience is emotion. Visitors takes its time building its emotional argument as we study the faces and places, beguiling us with familiarities as well as sights so utterly strange we want to recoil from them at first, before we recognize exactly what we’re looking at. The world of Powaqqatsi and Naqoyqatsi overwhelms us with a tidal wave of hectic everyday activities. Visitors calms the frantic onrush and begs us to stop for a few minutes to soak up the meaning underneath the surface: We look at the face of Triska so long we can almost believe we glimpse her thought processes. We need to know what she’s thinking. We’re the Visitors, after all.

Oakland’s First Homicide of 2010 Is Horrific