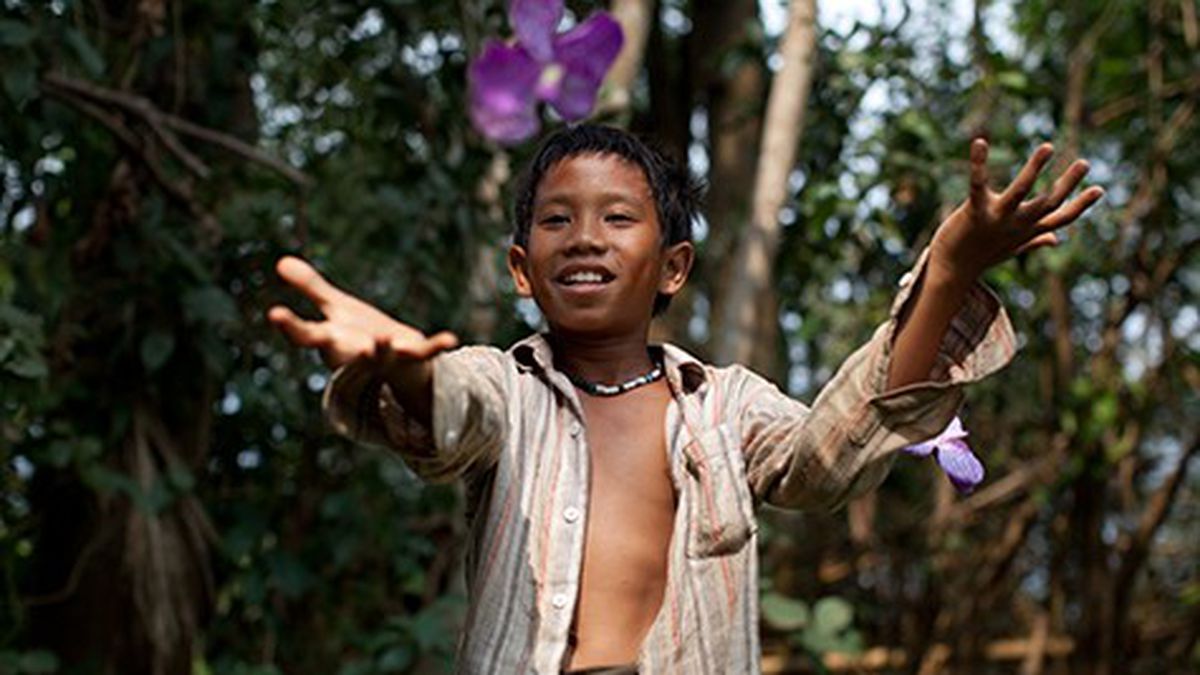 The Rocket is the sort of movie anyone who regularly attends film festivals has seen dozens of times — a classic “Village Picture” about a child who has to overcome an obstacle. But one of the things that make director/co-writer Kim Mordaunt’s narrative so special is its setting. The adventures of an unlucky boy named Ahlo (played by first-timer Sitthiphon Disamoe) take place in Laos, a locale rarely visited by even the most intrepid art-house entertainments.

Ahlo gets off on the wrong foot from the day he is born. He’s the survivor of a pair of twin boys; his brother was dead at birth. As soon as Ahlo lets out his first cry in his family’s Northern Lao village, his paternal grandmother Taitok (Bunsri Yindi) advises the baby’s mother Mali (Alice Keohavong) to leave the newborn in the forest. Everyone knows twins are bad luck, because one is always evil, one is good, and you can’t tell the difference until it’s too late. That’s the first major roadblock that young Ahlo has to overcome in his life, but not the last.

Ahlo’s family, headed by his indecisive father Toma (Sumrit Warin), is forced to vacate the ancestral village by the Nam Dee Dam company, which plans to use the site as a catch basin. This means an arduous trek across mountains to the “new village,” a place promised by the government to be much better than the depressing tent encampment where they land. Ahlo soon gets into trouble for his headstrong ways, notably when he teams up with a spunky little girl named Kia (Loungnam Kaosainam, another non-actor). Kia, an orphan whose family was wiped out by malaria, is being cared for by her uncle Purple (Issan Thai comedian Thep Phongam), the village weirdo, who dresses in a purple suit in homage to James Brown.

The only way for Ahlo and Kia to redeem themselves is to win the annual “Rocket Competition,” a homemade aeronautical contest sponsored by the town of Chomsavan, partly for fun and partly to bring needed rain by shooting bamboo rockets “up the god’s arse.” Predictable plot turns ensue, but the innate charm of the two young leads, plus the natural beauty of Laos’ lush terrain, lends a stamp of authenticity. Sitthiphon “Ki” Disamoe was evidently discovered by the film production while he was selling candy on the street. His tough resilience obliterates any excess weepiness.

The Rocket is the debut narrative feature for Australian director Mordaunt, whose 2007 documentary Bomb Harvest pointed out the lingering peril of the unexploded ordnance scattered all over Laos, a remnant of the US bombing in the 1970s. For us such dangers are a plot wrinkle. For the actors in this vivid, travelogue-y village pic, it’s an ongoing fact of life.

Corrections for the Week of January 19