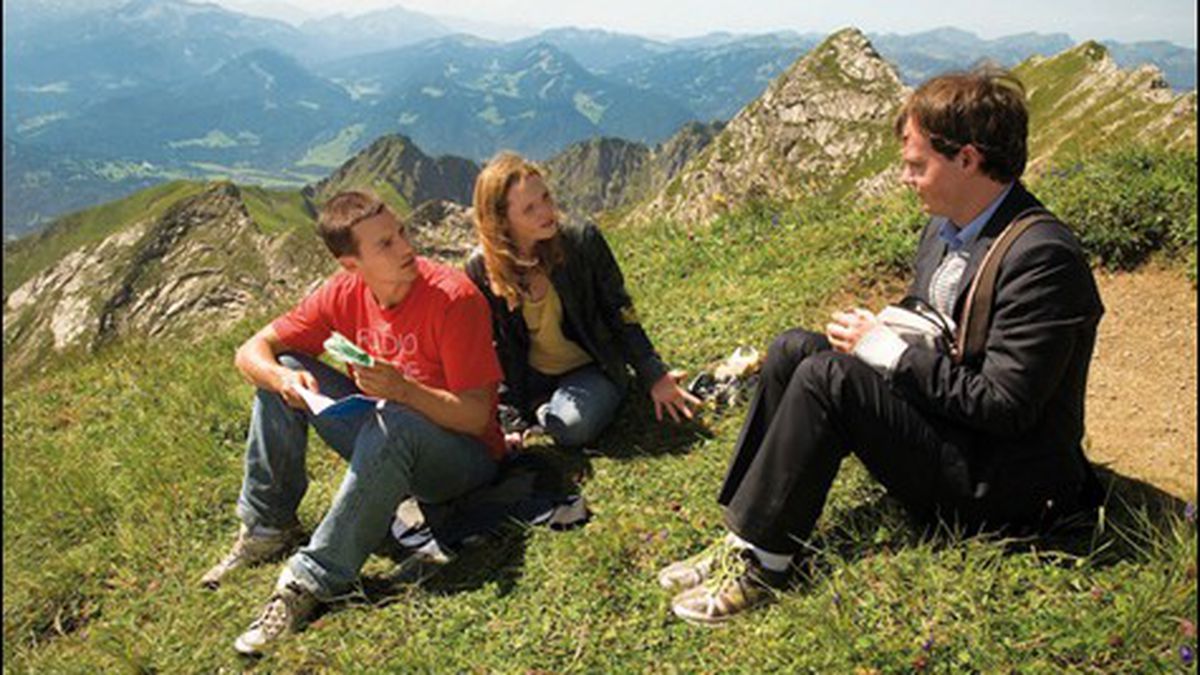 Vincent Wants to Sea is the sort of formulaic movie that we should be ashamed of ourselves for enjoying. So we’ll try our best to rein in our enthusiasm.

Any time we’re confronted with a feel-good story about psychologically challenged young adults who bond together and help themselves, alarm bells start ringing on general principle. Twitchy Vincent (played by actor Florian David Fitz, who also wrote the screenplay), a sufferer of Tourette’s Syndrome whose mother has recently died, gets packed off by his unsympathetic politician father, Robert (Heino Ferch), to a clinic in the Bavarian countryside. Vincent’s new roommate, Alex (Johannes Allmayer), an Obsessive Compulsive Disorder patient, is a hygiene freak who wears plastic gloves and paints his collection of toy soldiers while listening to classical music. There’s an attractive young woman named Marie (Karoline Herfurth) at the clinic who takes an immediate liking to Vincent, even though he’s shy. Marie’s anorexia nervosa has led to heart problems from malnutrition.

We could have predicted — anyone could — that the trio would steal the car of their warm, understanding psychologist, Dr. Rose (Katharina Müller-Elmau), and take off on a road trip across the Alps in the direction of Italy, where Vincent intends to scatter his mother’s ashes in the Mediterranean. Thus the cutely primitive title, Vincent will Meer in German. They are pursued by Dr. Rose and the macho Robert, who have their own personal issues to work out. We instinctively brace ourselves for heart tugs, a few tears, and gentle, healing humor.

But something unexpected happens. Against all reason we find ourselves caring, first about Vincent, then about the vulnerable Marie. Vincent blurts out bizarre metaphors: “There’s a clown in my head that shits between my synapses.” He and Marie make a likable couple. None of the three is accustomed to being in charge of a situation. Everything is fresh and new to them even though they’re in their twenties, and their interrelation, although completely predictable, has an unrehearsed charm. Director Ralf Huettner strains our credulity almost to the breaking point by having them take a climbing detour to the top of a mountain, but we’re even able to let that slide. Must be the altitude. Thankfully the uke music (natürlich!) waits until the fadeout, so the spell is immediately broken as the film ends. Isn’t summer wonderful?