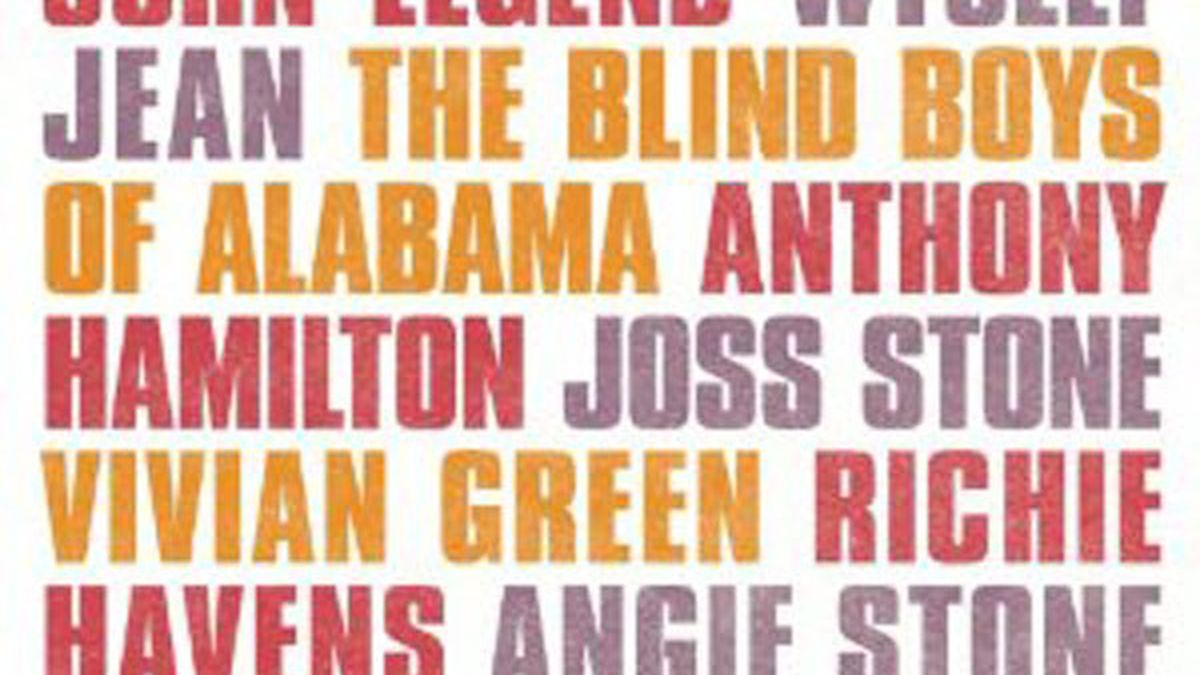 Soundtrack for a Revolution

Veiled messages of resistance to slavery ran through the lyrics of many Negro spirituals, and more than a century later some were revamped with less-subtle messages to help lift the spirits of civil rights activists during protest marches, sit-ins, freedom rides, and the jail time that often followed. In the line I woke up this morning with my mind staid on Jesus, for instance, “freedom” was substituted for “Jesus.”

John Legend sings it on Soundtrack for a Revolution. It’s one of ten selections from the documentary film of the same title. Other performers include Mary Mary, Richie Havens, The Roots, Joss Stone, Angie Stone, and Vivian Green. The strongest of the bunch is a gripping reading of “This May Be the Last Time” by Anthony Hamilton, backed by the Blind Boys of Alabama, who first recorded the gospel song in 1953, a dozen years before the Rolling Stones secularized it. The only number not rooted in Christian music is Phil Ochs’ angry “Here’s to the State of Mississippi,” passionately sung by Wyclef Jean with acoustic guitar accompaniment by his cousin and onetime Fugees cohort Jerry “Wonder” Duplessis. Thankfully, for the most part, the producers avoided updating the material with synthesizers and drum machines, thus maintaining 1960s flavors.

Although the film debuted in 2009, the CD wasn’t released until this week — better late than never, just in time for Black History Month. (eOne Music/Blacksmith Music Corporation)