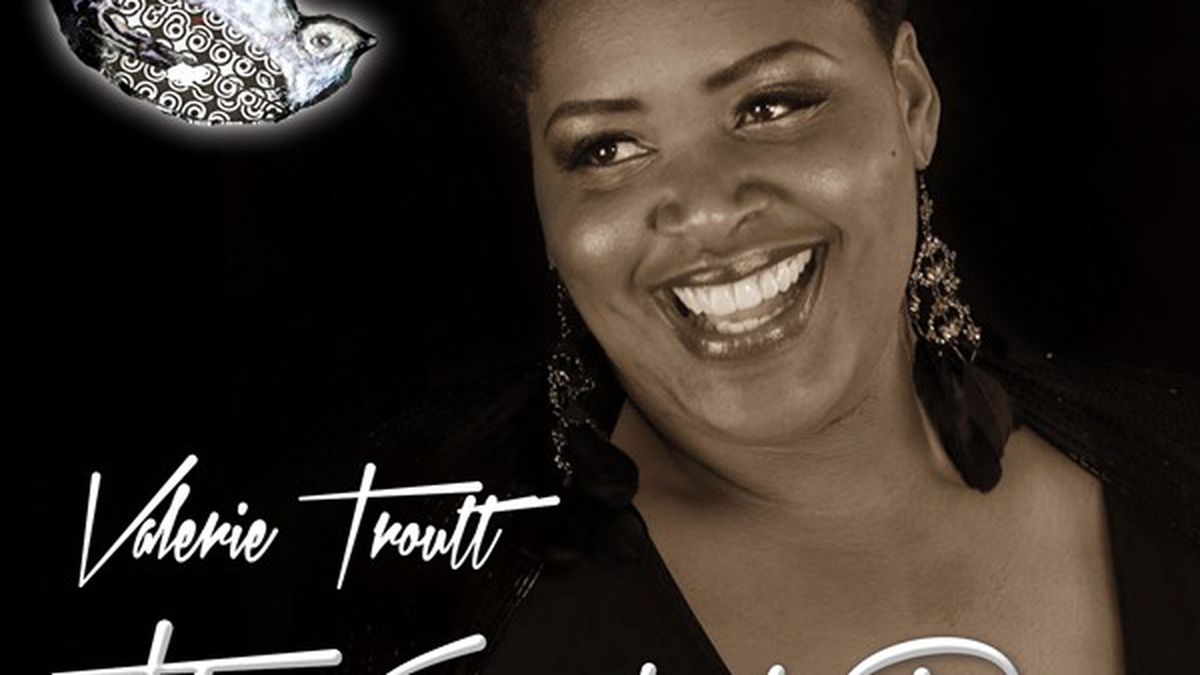 The Sound of Peace

Oakland singer-songwriter Valerie Troutt’s father is a blues and jazz singer-guitarist and her mother a preacher. She grew up singing gospel music at Bishop Walter Hawkins’ Love Center Church, studied jazz at The New School in New York City, and spent two years as a member of Linda Tillery’s Cultural Heritage Center Choir. All of those influences shine through the music on her first full-length CD, The Sound of Peace.

There was a time when black love was divine and music was her child/Through her smile lays our history of pain and laughter/Spirit guide us along, she sings on “Dienda,” a ballad by the late Kenny Kirkland to which she set lyrics. Maya Kronfeld’s elegant piano chords supply the sole accompaniment as Troutt caresses the plaintive melody in sustain-rich, at times breathy, mezzo tones. It’s the most satisfying song of the bunch.

Other players, including bassists David Ewell and Raul Perales, drummers Darian Gray and Darrell Green, tenor saxophonist Howard Wiley, guitarist Eric Volger, and harmony vocalist Solas B. Lalgee, join in on the remaining nine numbers, seven of them penned by Troutt. An optimistic attitude permeates many of her tunes, particularly the self-affirming title track and the simultaneously swinging and funky “Suddenly Awake.” And the singer’s arrangements of Bart Howard’s “Fly Me to the Moon” and Rodgers and Hart’s “I Didn’t Know What Time It Was” take those familiar standards down rhythmic roads much less traveled. (self release)

Anatomy of a Sumbitch