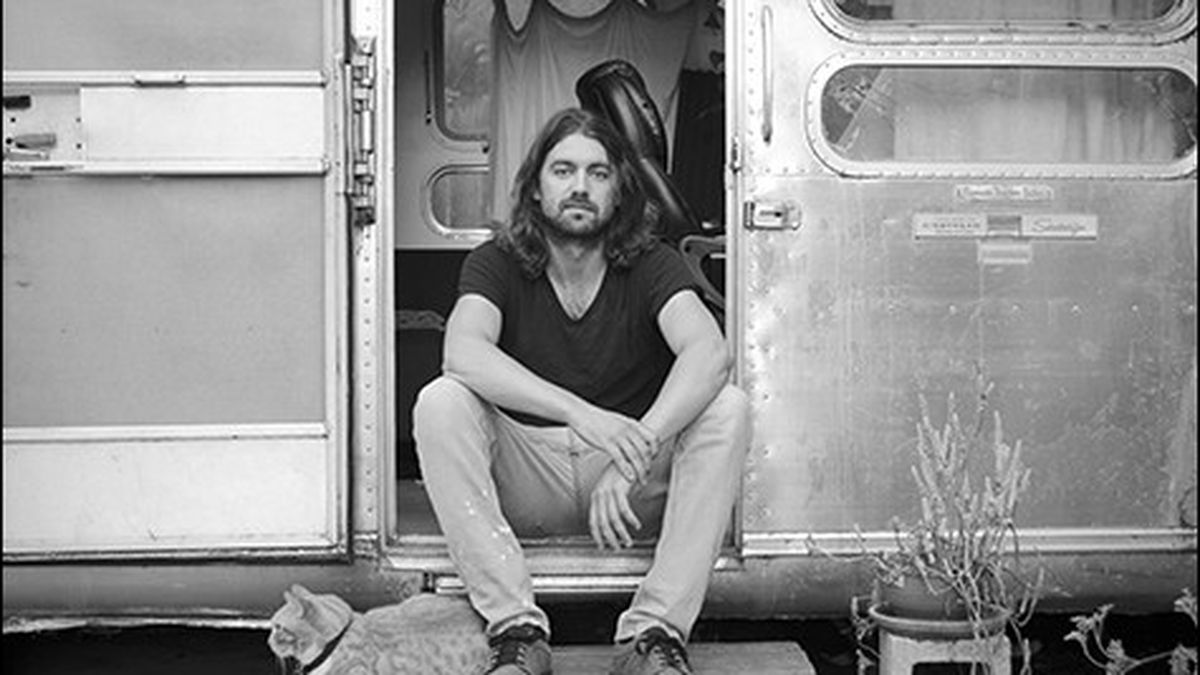 How Winston Goertz-Giffen decided to unify the arts scene in support of the broader East Bay community.

For as long as Winston Goertz-Giffen can remember, he has experienced an inexplicable visual phenomenon. A layer of distortion resembling television static spreads across his field of vision, creating what he describes as a “dynamic, pervading energy.” Eventually, he attributed this to the little-understood condition known as Visual Snow. Instead of rationalizing it as a simple neurological misfire, Goertz-Giffen says that it actually shaped his worldview. At a young age, he began to think of that “snow” as the hidden fabric that binds people together. That reverence for community informed his most recent curatorial endeavor: Holding Opposites. The compilation tape and art book is intended not only to unite local visual artists and musicians, but also to benefit his fledgling nonprofit, Special Needs Activities Professionals (SNAPS), which brings aesthetic experiences to developmentally disabled people. To celebrate the release, Goertz-Giffen will present artwork and performances from B. Hamilton, Two Gallants, Saything, and Spaceburn at Naming Gallery on August 7.

Thirty-one years old, soft-spoken, and sporting a tidy beard, Goertz-Giffen lives in a converted Airstream trailer in the backyard of a home in downtown Oakland. A cozy sleeping nook occupies one end of his abode. Knickknack-laden shelves span the lengthy interior, and a wooden desk is cluttered with audio equipment and drenched in sun beneath porthole windows. During a recent visit, Goertz-Giffen opened tracks slated for the compilation in an editing program on his computer, pushed play, leaned back, and exhaled. His body language kindly implied that the songs — a stylistic range that included Saything’s breezy rock, Heather Jovanelli’s folk introspection, Brasil’s raucous outbursts, and Two Gallants’ tuneful acoustic balladry — deserved the utmost attention.

Seated at his desk, Goertz-Giffen explained that he recorded all of the bands on the Holding Opposites compilation himself in an improvised studio space set up at Firehouse Art Collective in Berkeley. Despite the time and expenses incurred by recording a full album’s worth of material from fourteen bands, Goertz-Giffen will not benefit financially from the project. After crowd-sourcing $1,000 for materials, the funds for producing Holding Opposites came from him, and all of the proceeds from sales will fund SNAPS.

Goertz-Giffen then showed off a selection of visual art slated for inclusion in the book. A hand-bound volume wrapped in taut cloth with screen-printed cover art, Holding Opposites is both the book’s title and the theme of its contents. Contributing artists were asked to create two complementary works, representing two contrary parts of one whole, which face each other on opposite pages. The book features drawings by the local illustrator J. Otto Seibold, acrylic paintings grappling with millennial alienation by Zachary Seth Greer, and submissions from painter Teddy Pancake, and photographer Naaman Rosen.

Goertz-Giffen moved to Oakland from Cotati, California in 2005, where he started a band called Saything, which boasts several records of alternately nuanced and agitated rock accompanied by ruminative lyrics, and began attending experimental shows at the now-defunct venue 21 Grand. He quickly became enamored by the East Bay’s mightily eclectic music and arts scene, but noted its extreme stratification. Along with diversity, he observed, came insular little cliques split along the lines of genre and creative discipline. At the California Institute of Integral Studies, he pursued a hybrid degree focused on social justice and community organizing, which influenced his first attempt at integrating disparate arts for a project called Memories of Oakland in 2010.

Co-curated with Tina Dillman, Memories of Oakland featured visual art and music in one package, and it culminated with an exhibit and performances at the WE art space. Goertz-Giffen considered it a successful multimedia undertaking. Still, though it connected different sectors of the arts, Memories of Oakland felt too removed to him from the broader community, a shortcoming that prompted him to create Holding Opposites.

“My goal is to consolidate different parts of my life into one project,” Goertz-Giffen said. Beyond art and music, that entails a passion for local activism, a part of his life that Holding Opposites fulfills via its relationship to SNAPS. A start-up nonprofit cofounded mostly by artists and musicians, SNAPS provides creatively stimulating experiences for developmentally disabled people. Goertz-Giffen is particularly drawn to SNAPS’ corrective use of music for healing and therapy. “I’d been wondering how to make the arts more integrated with the community,” he said. “Like, more integrated with real local families that have kids on the autism spectrum. This is one way.”&#8;