Employees of some nonprofit organizations are joining unions to fight for better pay and working conditions as the nonprofit sector continues to grow nationwide. 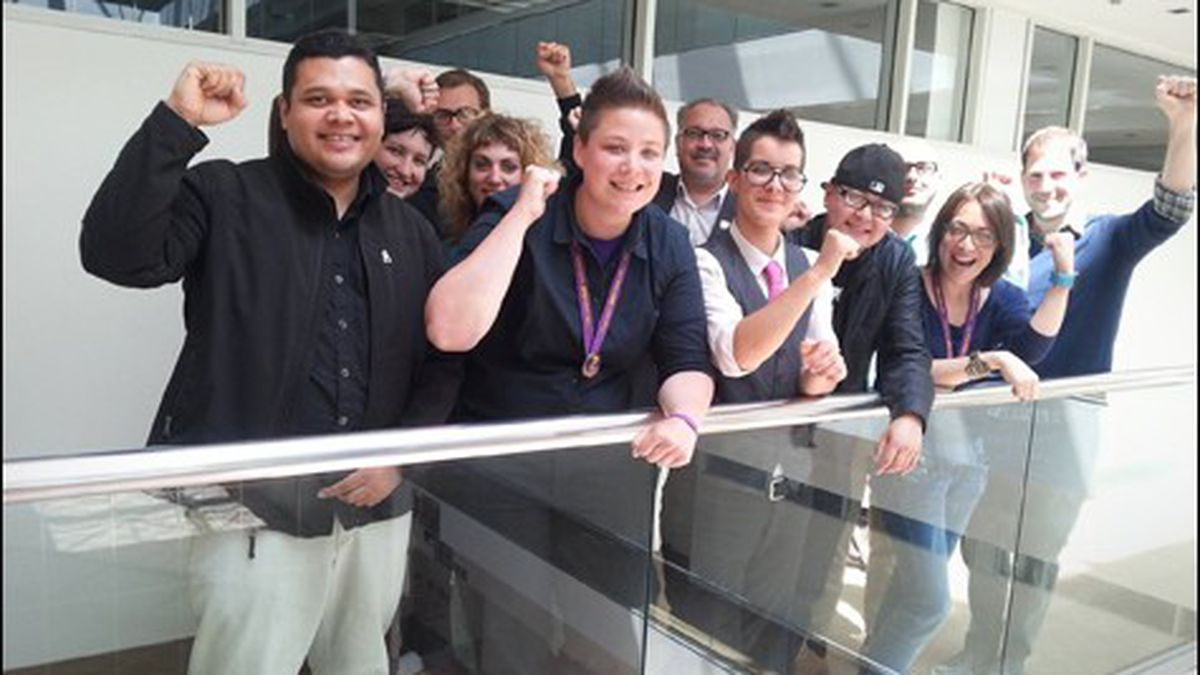 When employees of Larkin Street Youth Services in San Francisco began talking about unionizing earlier this spring, their concerns centered on issues familiar to workers of all stripes: understaffed departments, increased workloads, benefit cuts, high turnover. Although an attempt to unionize in October 2010 was unsuccessful, most employees at the homeless services nonprofit believed that the effort would end differently this time around.

The workers engaged in a full-throated unionization drive, complete with outreach to supervisors in San Francisco City Hall and meetings with community-based organizations and political entities to garner widespread support. Nearly all the nonprofit’s staff participated in the election, and when the vote was counted on June 6, the outcome was clear: By a margin of 67 to 17, Larkin Street workers voted to unionize with representation through SEIU 1021, a labor organization that represents employees of local governments, health care organizations, and school districts throughout Northern California. The Larkin Street workers joined the Lusty Lady, the Exploratorium, La Clinica de le Raza, and scores of others as rare beasts in the US economic order: unionized nonprofits.

Larkin Street’s move to unionize has implications that reverberate beyond its home in San Francisco’s Tenderloin district. The growth of nonprofits nationwide is coinciding with the decline of union membership, so nonprofits could become a new battleground in the labor movement, particularly since nonprofits are now filling gaps in the economy that were once occupied by government agencies that employed union workers. And the battle could start in the Bay Area, which has the third-highest number of nonprofit organizations of any metropolitan area in the country (behind only New York City and Washington, DC), and has a unionization rate that is 6 percent higher than the national average.

The nonprofit sector, on the other hand, is large and expanding. In fact, it’s the third-largest industry in the United States behind retail and manufacturing. There are more than 1.5 million nonprofit organizations in the United States, holding more than a trillion dollars in assets, and providing services ranging from low-cost health care to river cleanup. According to a 2012 report by the Center for Civil Society Studies at Johns Hopkins University, nonprofit employment represented 10.1 percent of total employment in the United States in 2010, with total workforce numbering 10.7 million.

The nonprofit sector has also continued to grow even while the rest of the US economy was contracting. Shrinking state and local tax revenues during the recession from 2007 to 2009 resulted in vital services like low-cost health care and affordable housing being cut from government budgets — a trend that often resulted in nonprofits filling in the holes. During the recession, the nonprofit sector gained jobs at an average rate of 1.9 percent per year, while the private sector lost jobs at a rate of 3.7 percent annually.

It also seems apparent that a growing number of people will have their needs met in the years to come by nonprofits. And according to union proponents, it isn’t just employees who will bear the consequences. Sue Englander, who is a retired educator and member of AFT 2121, the American Federation of Teachers, said that, in her experience, many nonprofit managers apply pressure on workers to accept low wages and unreasonable workloads, and that increased stress for workers negatively impacts the services that the nonprofits provide. “By devaluing themselves, and allowing themselves to put up with poor working conditions, it’s their clients who are suffering,” said Englander of nonprofit employees.

Most nonprofits are mission-driven: Their organizational ethos are centered on saving the whales or feeding the homeless as opposed to increasing share prices. But nonprofit management sometimes takes advantage of employees’ desire to do good, and guilt-trips them into working long hours for low pay. “[Nonprofit] employers often use this ‘Hey, we’re all a family,’ approach. ‘We support unions but they don’t belong here. We don’t have the resources to absorb a union contract — we’re here to provide services to our clients, and having a union come in will take away resources we need for our clients,” said Caitlin Prendiville, a researcher in the organizing department at SEIU 1021.

But all is not grim in the world of lending a hand. There are indications that the mission-driven nature of nonprofits can also prove to be an asset in providing an alternative model to the us-versus-them framework adopted in most private sector organizing. “Union organizing in nonprofit settings might not necessarily be adversarial,” said Maria Figueroa, director of Labor and Policy Research at Cornell University’s School of Industrial and Labor Relations. “There is evidence for this in the healthcare sector, including the labor-management partnership between 1199 Healthcare Union/SEIU and voluntary hospitals in New York City, and between a coalition of unions and Kaiser Permanente.”

Joey Notaro has worked at Larkin Street Youth Services for almost three years, and he sees early indications that the move toward unionization will yield positive results for all parties. Management, according to Notaro, has repeatedly stressed a desire to work with the union and employees to make improvements. And the vote has created a palpable change in the workplace, he said. “Folks are less timid, less afraid, more willing to speak out more for injustice, and I think that there’s a greater sense of worker empowerment and worker economy,” he said.

Whatever the case may have been beforehand, after the vote, Larkin Street’s management expressed support for the measure. “We look forward to working collaboratively with SEIU to improve the lives of the youth served by Larkin Street and to insure that Larkin Street is a great place to work,” said Sherilyn Adams, executive director of Larkin Street Youth Services.

Larkin Street Youth Services workers, union reps, and management will begin to work out a contract in the coming weeks. For union organizers, Larkin Street and others like it present a opportunity to expand the role of unions and to adapt to changing workplace conditions. For nonprofit managers and employees, unionization presents an often unexplored means to safeguard worker rights while maintaining the integrity of the organization’s mission.

In a world where a shredded social safety net is the new normal, finding a way to manage the employment needs of all parties in the nonprofit community may be more important than ever.