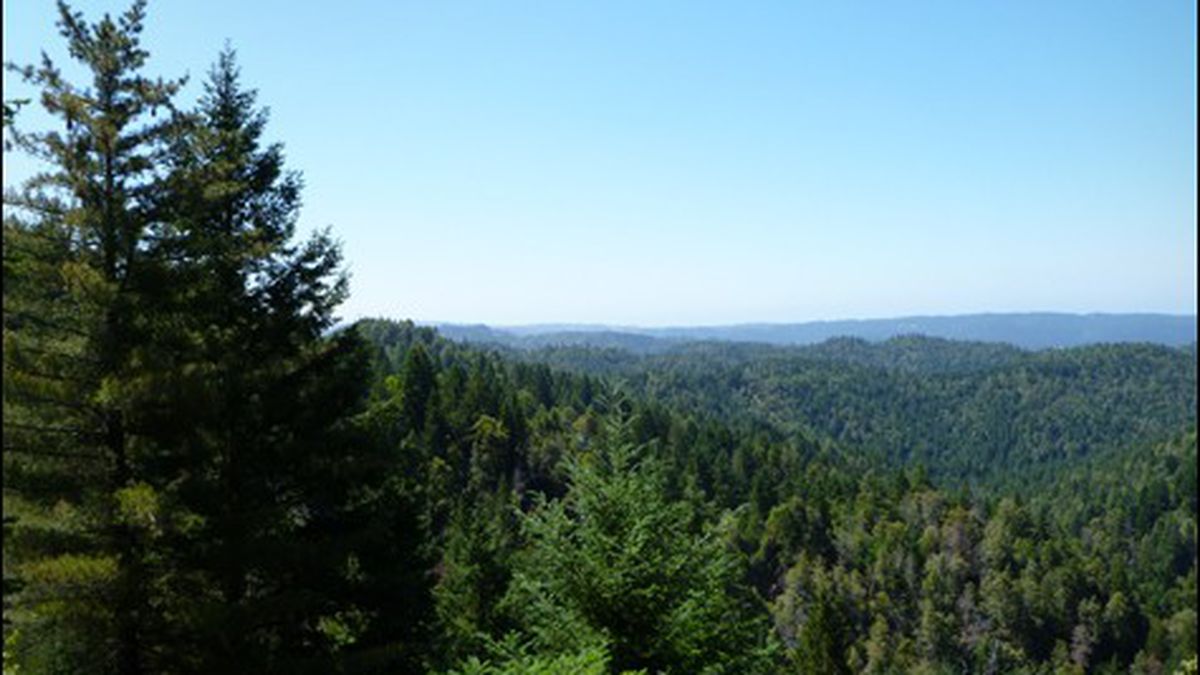 The recent purchase of 20,000 acres of coastal redwoods could become a prototype for sustainable lumber harvesting.

In May, The Conservation Fund announced that it had bought nearly 20,000 acres of coastal redwood, Douglas fir, and oak woodlands, known as Preservation Ranch, in Sonoma County, in order to prevent the area from being turned into vineyards. The plan by the national environmental nonprofit is one the largest conservation efforts of its scale in the state. The Conservation Fund also intends to implement sustainable forestry practices at Preservation Ranch and use carbon credits from the state’s cap-and-trade program to help pay for the restoration of the forest, which was heavily damaged by decades of logging. If successful, the project could serve as model for sustainable forestry practices in California and throughout the nation. But it’s an ambitious project, and not without its share of challenges.

But there’s a lot of work to be done. Typically, healthy redwood forests mature over a span of hundreds of years, and the giant trees are usually spaced about ten to fifteen feet apart. But commercial loggers clear-cut Preservation Ranch to excess — before the state legislature adopted the California Forest Practice Act in 1973 to regulate timber management on private lands. Logging companies then planted saplings to offset some of the damage at Preservation Ranch. However, the replanting left the forest full of cramped, immature coastal redwoods and Douglas firs — most growing just ten to fifteen inches from each other. “Literally every tree was almost felled in the Sixties and Seventies, and was clear cut again in the Eighties and Nineties,” said Chris Kelly, The Conservation Fund’s California program director. “What is out there now is a very, very young forest. The average age of the trees is 45 to 50 years old.”

The Conservation Fund intends to restore the forest over the next several decades using a thinning practice known as “light touch forestry,” in which loggers will remove a select number of smaller, weaker trees from designated harvest areas. Removing the weakest trees gives healthier trees the space and nutrients needed to grow. A light-touch harvest in a given year might encompass a 400-acre swath — a small dent in the nearly 20,000 acres that make up Preservation Ranch overall. Following the harvest, the remaining healthy trees will be left alone for the next twenty years. When loggers return to the same area two decades later, they’ll repeat the light-touch process, removing the weakest trees to give the larger ones more space to eventually grow into a healthy, mature forest.

To manage Preservation Ranch, The Conservation Fund plans to use the funds generated from the sale of lumber from trees cut down in the light-touch process. But it could take at least twenty years for the operation to be economically sustainable, Kelly estimated. While the smaller weaker trees harvested in the initial light-touch process can be sold to lumber mills, it’s the older trees that produce denser and more durable wood, and thus generate more money.

The Conservation Fund also plans on using proceeds from carbon credits to fund the effort. Kelly estimates that Preservation Ranch will generate about 100,000 carbon offsets a year, hopefully beginning in 2014. It’s hard to predict how much the credits will be worth in next year’s market, but Kelly hopes that the nonprofit could net $10 an offset, which would produce $1 million in yearly revenue.

The Preservation Ranch purchase could also be a boon for the Gualala River watershed and help restore historic salmon runs. “At the beginning, when there were natural populations here in the salmon runs, the stories were you could walk across the backs of the fish from one side of the stream to another,” said Chris Poehlmann, president of the nonprofit Friends of the Gualala River.

The river is currently choked with sediment from heavily used logging roads in the forest: For every ten acres of forest there’s a mile of roadway. Sedimentation is so high in some areas that the federal government has reclassified the Gualala as an impaired body of water under the Clean Water Act. The US Environmental Protection Agency also has noted that increasing sediment harms the watershed’s Coho salmon and steelhead trout populations, both of which are listed as threatened under the Endangered Species Act.

Too much fine sediment can hinder egg, embryo, and juvenile development in salmon, and can smother hatching fish. The Conservation Fund hopes to replenish fish populations by removing old culverts, repairing damaged roads, and unclogging blocked creeks. However, the Gualala’s ecosystem is so out of whack, it’s unclear whether all of the biological factors necessary to replenish fish populations will ever completely align again. “There are processes of biology we can’t fix,” noted Greg Giusti, Lake-Mendocino County director at the UC Cooperative Extension.

Light touch forestry is also time-intensive, and thus doesn’t produce the immediate profits that many landowners and logging companies desire. But Kelly said the Conservation Fund would be able to make the harvesting process economically feasible because the organization doesn’t have to make a profit and pay shareholder dividends.

However, it’s unclear whether The Conservation Fund will be able to recoup the cost of its purchase. The $24.5 million price tag was based on an appraisal that evaluated the property on its potential uses, including vineyard and condominium development. Before The Conservation Fund gained control of Preservation Ranch, the forest was destined for vineyards, the product of a partnership involving CalPERS and Premier Pacific Vineyards. But CalPERS ultimately abandoned the project and The Conservation Fund swooped in to buy the property and established easements that prevent future development or unsustainable management of Preservation Ranch. With development no longer an option, Kelly estimates that the property is likely valued somewhere between $12 million and $16 million.

And what if carbon credits and light touch forestry don’t generate enough money for The Conservation Fund to break even? “That’s the risk we take; that’s why we’re a nonprofit,” Kelly said. “If there’s a way to get some of the purchase back, that’s great, but it’s not a worry because it’s not why we bought the property in the first place.”

The property is paid for in full, but The Conservation Fund will apply for outside grants through organizations like the California Fish and Wildlife Department to cover additional costs of maintaining the property. It also hopes to sell a pre-existing seventeen-acre vineyard that came with the land. The vineyard isn’t protected under the same easement that protects the rest of the forest, but Kelly said The Conservation Fund is considering adding development restrictions to the deed if and when it sells. The nonprofit could also dip into its own funds; according to the organization’s tax returns, it brought in more than $242 million in gross receipts in 2011.

Regardless, The Conservation Fund’s purchase of Preservation Ranch signals the larger role that nonprofits could play in forestry management in years to come. “Ten years from now, state agencies might be more amenable to having this among their conservation tools,” Kelly said. “We’re achieving a conservation scale beyond the reach of the state, given the narrow mandate that they have and the lack of money that they have.”

Redevelopment in Downtown Oakland Comes with a Soundtrack