Tuesday Must Reads: Governor Close to Declaring Drought; Miller to Retire and DeSaulnier Is Running for His Seat

1. Governor Jerry Brown said his administration will soon declare a drought in California, the LA Times$ reports. The Mercury News$ notes that a massive high-pressure ridge has been parked over the West Coast for the past thirteen months, pushing rain north to British Columbia and causing the driest calendar year on record in California. The bone-dry weather also is imperiling salmon and steelhead runs along the Northern and Central California coasts. 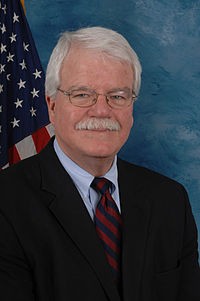 2. East Bay Democratic Congressman George Miller announced that he’s retiring and will not seek reelection this year. Miller has long been a champion of environmental, health care, and labor causes. The SacBee$ reports that East Bay state Senator Mark DeSaulnier plans to run for Miller’s seat in Congress and thus will not seek to become the leader of the Senate.

3. Democratic state legislative leaders have killed a Republican proposal to ban transit strikes in California, News 10 reports (via Rough & Tumble). The GOP had hoped to take advantage of voter unrest over last year’s BART strikes to diminish the influence of labor in the state.

4. The H1N1 flu — also known as the swine flu — has now killed at least fifteen people in the Bay Area, the Chron reports.

5. And more than 2.1 million Americans have signed up for Obamacare since it launched in October, the LA Times$ reports.