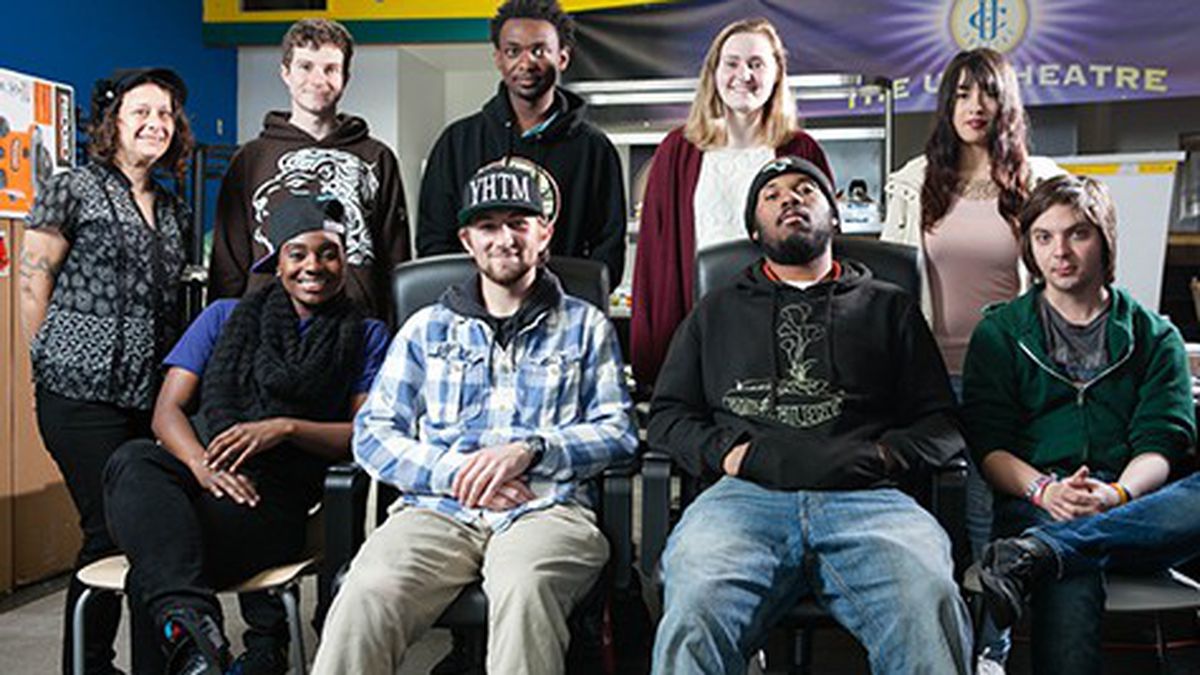 Training the Next Generation of Concert Producers

The nonprofit behind Berkeley's new venue, The UC Theatre, is launching an internship program for youth interested in working inside the music industry.

In 1970, sixteen-year-old David M. Mayeri landed a job working for Bill Graham Presents at the Berkeley Community Theatre. “I got paid ten bucks cash to unload the trucks, set the stage, usher the show, tear down the stage, repack the truck,” said Mayeri. “For me, it was transformative. When I left Bill Graham Presents 35 years later, I left as the company’s chief operating officer.”

Today, Mayeri is the president of the Berkeley Music Group, the nonprofit he founded to renovate and run the long-shuttered UC Theatre Taube Family Music Hall (2036 University Ave., Berkeley). Along with transforming the dilapidated movie theater into a gorgeous concert hall, he also plans to turn it into a classroom. Through the nonprofit’s education program, Concert Career Pathways, Mayeri hopes to give young people a jump-start in the music business.

After sitting empty for fifteen years, the 99-year-old theater is reopening with an inaugural concert on Friday, March 25, with venerable quirk-rockers They Might Be Giants. The venue, which can accommodate up to 1,400 general admission attendees or 700 guests for seated shows, plans to host a variety of performances, including symphony, opera, jazz, and comedy, as well as a range of rock, electronic, and hip-hop acts. The theater’s upcoming concerts offer plenty of opportunities for interns to learn about working in the music industry — from how to budget and market a show to lighting design and sound engineering.

Under the guidance of education director Robyn Bykofsky, the theater’s Youth Advisory Board (YAB) is developing the education program in tandem with the building’s renovation. The board is made up of ten 17- to 25-year-olds (the same age range as the future interns) who are taking pilot workshops and providing feedback on the curriculum. An education committee comprised of several youth development organizations is also assisting with the curriculum and student outreach. Those nonprofits include Richmond’s RYSE youth center, which holds classes on hip-hop writing and beat production, and Youth UpRising in Oakland, which offers instruction in studio recording and engineering, as well as radio and club DJing.

When the Concert Career Pathways program officially launches in July, UC Theatre staff and other industry professionals will teach students key technical, creative, and business aspects of concert and event promotion through a series of six workshops. Students who advance beyond the workshops can move into paid internships, where they’ll gain hands-on experience working alongside staff at fifteen to twenty shows. In the beginning, participants will rotate from department to department. During the second half of the internship, they’ll settle into the area that interests them the most. After completing the full six-month program, interns will receive help finding jobs or advanced internships at Bay Area performing arts and music venues.

“A lot of young people want to be a part of the music industry, but they don’t know what it even takes. This program is teaching that,” said YAB member Shakeea Smith, a 23-year-old student at Laney College who also works as an enrichment coordinator at Youth UpRising. Although Smith hasn’t given up on her own ambitions to make it as a performer (she sings gospel, R&B, and reggae and also raps), the marketing workshop stuck with her, and she’s discovered that music promotion gives her “an adrenaline rush.”

Twenty-two-year-old Maleik Carter joined YAB to learn as much as possible about the industry. Along with being a multi-instrumentalist and rapper, Carter organizes and promotes events with his sister Jada Imani as Tatu Vision. “Maybe I’ll end up in promotion. Maybe people will love my raps and I’ll be famous off that. Who knows? I just want to keep my options open and gain as many skills as I can.

“The thing I really love about music, though, is that it builds community,” continued Carter. “It allows people to connect … and open their minds to new ideas. I want to create spaces for that to happen. I think that we need bigger changes than just making music, but I think that keeping people motivated to build better systems takes music and it takes art.”

Mayeri echoed Carter’s feelings about the invigorating power of a live performance. “There’s something special that happens between the artist and the audience that just kind of fills you with life,” he said. “Bill was a great teacher. … We worked sixteen hours a day, maybe twenty, thirty days in a row, and we loved every minute of it.”

If all goes according to plan, come December, a crop of new, perhaps slightly sleep-deprived, music industry hopefuls will walk out of the UC Theatre’s refurbished doors prepared to create some concert magic.