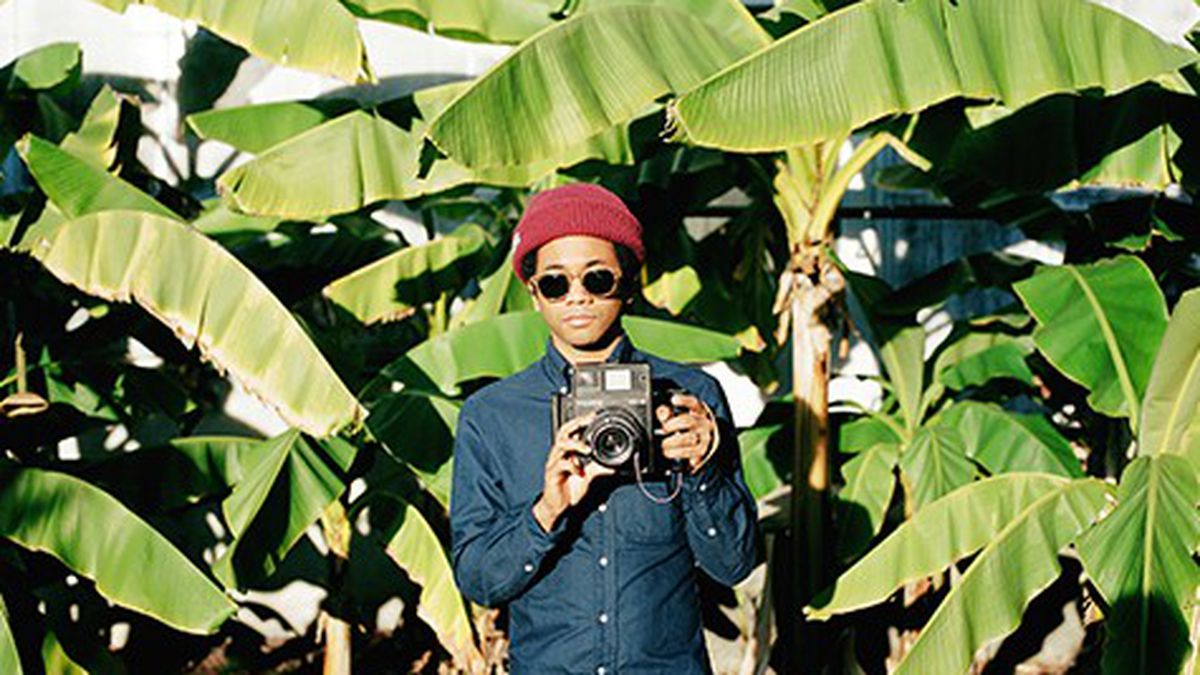 Toro Y Moi: “I’d Rather Be a Producer Than an Artist”

Outside Lands performer Chaz Bundick is a quietly industrious polymath constructing hip-hop beats and house tracks in the wake of an album indebted to Steely Dan.

In an iPhone commercial, there’s a dog. It has white fur and a dirtied snout and looks sleepy. It was filmed head-on in a grassy Portland idyll by an iPhone 6 enthusiast identified as Erica A and set to an understated dance track called “Bother,” from Les Sins’ 2014 full-length, Michael. The lyrics mostly go, Don’t bother me/I’m working. Les Sins’ Chaz Bundick saw the commercial about a week before it premiered, he told me recently, and liked that it featured user-created content. “That’s the future of advertising,” he observed. Still, “The song sat a little low in the mix.”

Bundick spoke from Chicago, where he was performing at Lollapalooza as Toro Y Moi, his main project. The festival appearance followed a string of shows in Europe supporting Moi’s What For? — which located the groove and instrumental clarity of Seventies album rock through unmistakably contemporary production — and preceded his upcoming gig at Outside Lands this Saturday, August 8. In addition to Toro Y Moi’s Lollapalooza slot, Bundick appeared as Les Sins and solo DJ at the festival’s attendant parties and ancillary events. Bundick is a polymath constructing hip-hop beats and house tracks in the same year that he released an album indebted to Steely Dan.

“I feel like, for design and music, editing is the most important part of the process,” Bundick said in a short documentary about his illustrations and visual art earlier this year. A drawing notebook is usually near the 28-year-old Berkeley resident. In Chicago, his backstage rider included 35mm film. There are hardly any humans in the music video to “Bother” and none in the iPhone commercial. While Bundick is a collaboratively promiscuous jet-setter, he prefers the relative confinement of a studio, just not in an anguished hermit sort of way. The mantra in “Bother” seems accurate, but only when coupled with the image of pastoral tranquility.

“I’d rather be a producer than an artist,” he explained. “Producers get credit for the sonic characteristics and the artist is mainly the image and the song. It’s nice to be associated with both, but most people don’t realize I’ve been doing the engineering and recording this whole time.”

Toro Y Moi sprung from chillwave, a late-Aughts moment of electronic textures and leisure themes. Two Neon Indian song titles from the group’s 2009 debut, Psychic Chasms, sum the scene pretty well: “Deadbeat Summer” and “Terminally Chill.” Toro Y Moi’s “Blessa,” the opening track from 2010’s Causers of This, similarly became a touchstone for the faddish subgenre, but Bundick rode out chillwave gracefully, while some of his contemporaries wound up as one-liners. In 2013, after a move to Berkeley, he released Anything in Return, a patchwork of dance and dance-adjacent tracks that seamlessly threaded samples through Bundick’s own breathy R&B delivery.

Anything in Return was full of disparate impulses. On more recent releases, he’s compartmentalized. Bundick’s dance tendencies as Les Sins date back as far as 2010, but the first full-length, Michael, appeared at the end of last year. In the last couple of months, he started uploading tracks featuring rappers, such as local obscurantist Kool A.D. and Atlanta standout Rome Fortune, to Soundcloud. They’re hashtagged “Samantha,” the name of his wife, and they’re vivid, realized works. “Pitch Black” has muffled percussion and serpentine keys, modulated into a needling bridge for Fortune’s pitchy delivery, while the clipped beat on “2Late” inspired Kool A.D. to flex his auto-croon. In conversation, Bundick indicated the existence of ample unreleased material done in a similar style.

Bundick’s divergent methods cross-pollinate. “Why,” the subtly pumping Les Sins’ single, started as a live track, then Waterstrider’s Nate Salman provided the lithe vocal lead. “I do sit down sometimes to make a beat or to play guitar, but then I’ll be working with drums and bass and it ends up a house track,” Bundick said.

“If you’re too avant-garde with a pop song, it’s not a pop song,” he said. Bundick suggested that hip-hop audiences have a relatively high tolerance for experimentation, which pop cherry-picks for the more palatable bits of innovation. He pointed to collaborations between Blondie and Los Rakas and Taylor Swift and Kendrick Lamar as just a couple high-profile examples. “Hip-hop can seem sort of disposable from the outside, since it evolves so fast, but it’s very calculated,” he said. “It’s always excelled and evolved past other genres.”

In his own work, Bundick gets to play both sides at once. His recent output is a capsule example of the exchange between popular genres that he observes on a huge scale. Only, it’s self-contained in a Berkeley home studio, where local artists such as Salman and Kool A.D. regularly visit and collaborate. In a way, Bundick is a little removed out here, but blissfully so, and it appears to help him stay ahead. As he said, “That’s important, because the human ear evolves too.”