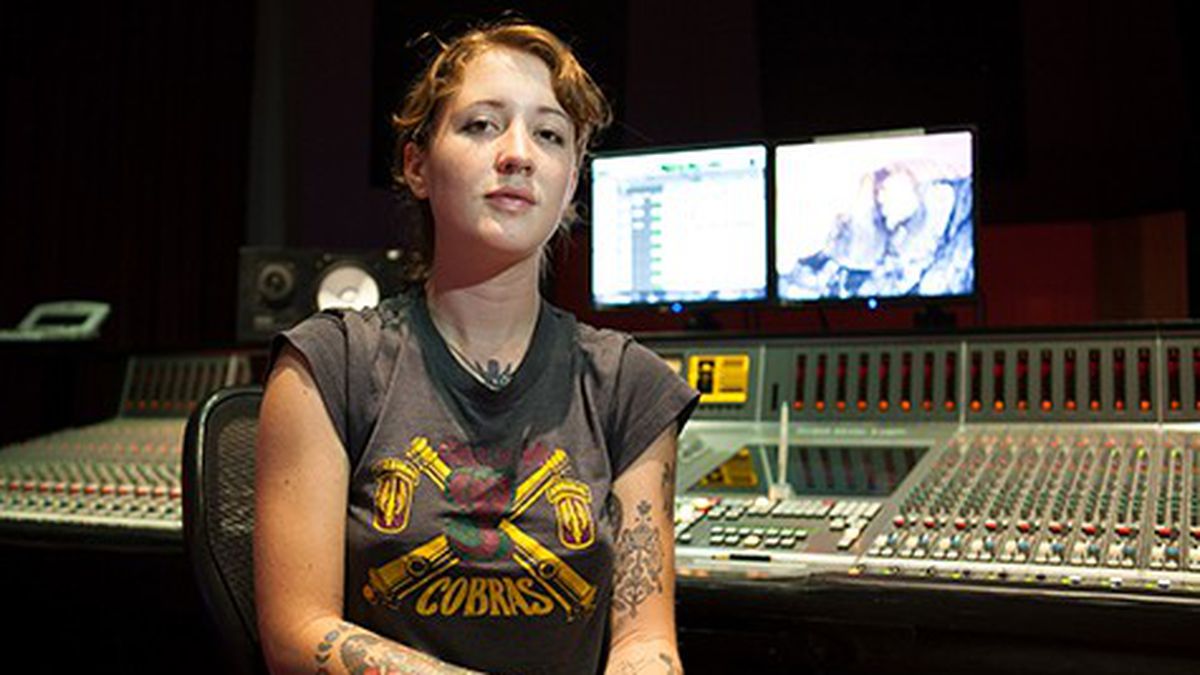 When Hannah Nelly visited Ex’pression College in 2013, she was smitten with the lavish recording studios available to students in the Sound Arts program. And the faculty impressed her enough to move from Florida and enroll. The department felt like a community of engineers imparting hard-earned knowledge and experience, she recalled, but by Nelly’s second year the harmony was cracking. Following an ownership change, new policies forced out longstanding instructors and alienated others. When Nelly circulated a petition opposing new requirements foisted upon her teachers, more than half of the student body signed it.

“Now it feels like a bummer,” she said recently. “There’s a complete shift in the overall energy in the school. A lot of the students are pissed and just considering not going there anymore.”

Former teachers at Ex’pression say the new regime is dismantling the staff. Full-time positions are now part-time, benefits have been withdrawn, and, perhaps most egregious to Sound Arts instructors, teachers were told by new administrators that they’re now required to hold master’s degrees. To some, it feels as if the new overseers have deemed longstanding instructors unqualified to teach curriculum they designed. The dramatic restructuring follows years of enrollment decline at Ex’pression, and the new administrators and corporate oversight appear to be further eroding the school’s chief appeal.

Ex’pression was founded by Eckart Wintzen, a longhair entrepreneur from Holland with ties to telecommunications, and Gary Platt, a longtime audio engineer who counted Cheap Trick and the Mickey Mouse Club among his clients. Sound Arts was its flagship program, one of the two departments available on its Emeryville campus when classes started in 1999. At its peak, Ex’pression enrolled more than 1,200 students, though that number has dipped to fewer than 600 following a series of struggles that coincided with the national recession.

In 2008, Clien Wintzen succeeded her father as the head of Ex’pression. After that, for-profit colleges, including the now bankrupt Corinthian chain, came under fire for overcharging tuition and overpromising jobs. Private for-profit colleges with low graduation rates encourage students to take out government loans irresponsibly, detractors argue, allowing the schools to profit while sticking students and taxpayers with the burden of debt.

Ex’pression found itself on a federal watchlist for underperformance and its eligibility for Cal Grant was temporarily revoked. According to the most recent reports, graduation rates hover around 50 percent. In what appeared to be a heartening development, the college announced an expansion to San Jose in 2012, but parts of the campus remain under construction today. With that dire economic backdrop, Wintzen sold Ex’pression last summer to SAE Institute, and its parent company, Navitas, installed new administrators.

Among Ex’pression’s first employees was John Scanlon, 39, who rose from lab instructor to director of the Sound Arts program at the school’s popular peak. In the late Aughts, Scanlon oversaw more than fifty instructors in the Sound Arts department. During his tenure, the college was accredited to issue Bachelors of Science degrees in Sound Arts, distinguishing itself from institutions that offer similar digital arts and media training. In December of last year, however, Scanlon became one of the highest-profile employees to step down. (Ex’pression’s website still lists him as program director, among many other out-of-date details about the present faculty.)

Jimmy Lyons, a longtime instructor at Ex’pression, said that after last year’s acquisition, the new administrators swiftly set about demoting teachers, with the apparent goal of creating an entirely adjunct staff. The master’s degree requirement particularly riled Lyons, who didn’t formally study sound engineering. “They want us to get master’s degrees to teach programs we created, which were based almost entirely on our life experiences,” he said. “Say you have a master’s degree in music, for some reason, you’re not going to want to work here anyway,” he added.

Lyons began working at Ex’pression in 2002. A 56-year-old journeyman musician and engineer whose grey pomp matches the black one he wore in the Eighties, Lyons is typical of a faculty member whose skills were honed in the studio. As an instructor, he encouraged students to gain not only technical knowledge, but also a sense of the recording practicalities and etiquette that producers glean through interfacing with musicians.

“For students to learn to do this they need to do this — they need hands-on experience and access to the equipment on their own time,” Lyons said. In June, he resigned.

Patrick Brown, engineer and owner of Different Fur Studios in San Francisco, graduated from Ex’pression in 2005. Brown cautioned that tuition was much less back then, noting that similar programs tend to produce overconfident and inexperienced graduates. Still, Different Fur has employed several Ex’pression alumni and instructors over the years. Brown once appeared in an advertisement for the school. More than anything, he emphasized, the immersive training and engaged staff directed him to his current role.

“The amount that they were personally involved, right down to the fact that they let me get away with racking up four times the amount of hands-on studio hours I was technically allowed — if they hadn’t done that, I wouldn’t be here now,” Brown said. He pointed to Scanlon and Lyons as particularly influential faculty, noting a time Lyons leant him gear to record the first Morning Benders album.

Current students like Lyons, too. A group of them, including Nelly, created a fifteen-minute documentary about the teacher to fulfill an assignment. He revealed his resignation while the project was underway, so the piece concludes with a montage of teary tributes from students and coworkers who liken him to a vital organ of Ex’pression.

Not long after, Nelly circulated a petition opposing the master’s policy and presented it to school administrators. Drew Waters, who Lyons called a Navitas “henchman,” and Fred Faridian, who previously oversaw a now-shuttered Corinthian outpost in Southern California, Everest College, met with Nelly and concerned students. (Neither Faridian nor Waters responded to multiple interview requests for this story.) Nelly said they were evasive, placing the blame on “uncooperative teachers with bad attitudes.” She continued, “There was a lot of talking in circles. They were like, ‘Hey, trust us. We’re good at what we do.'”