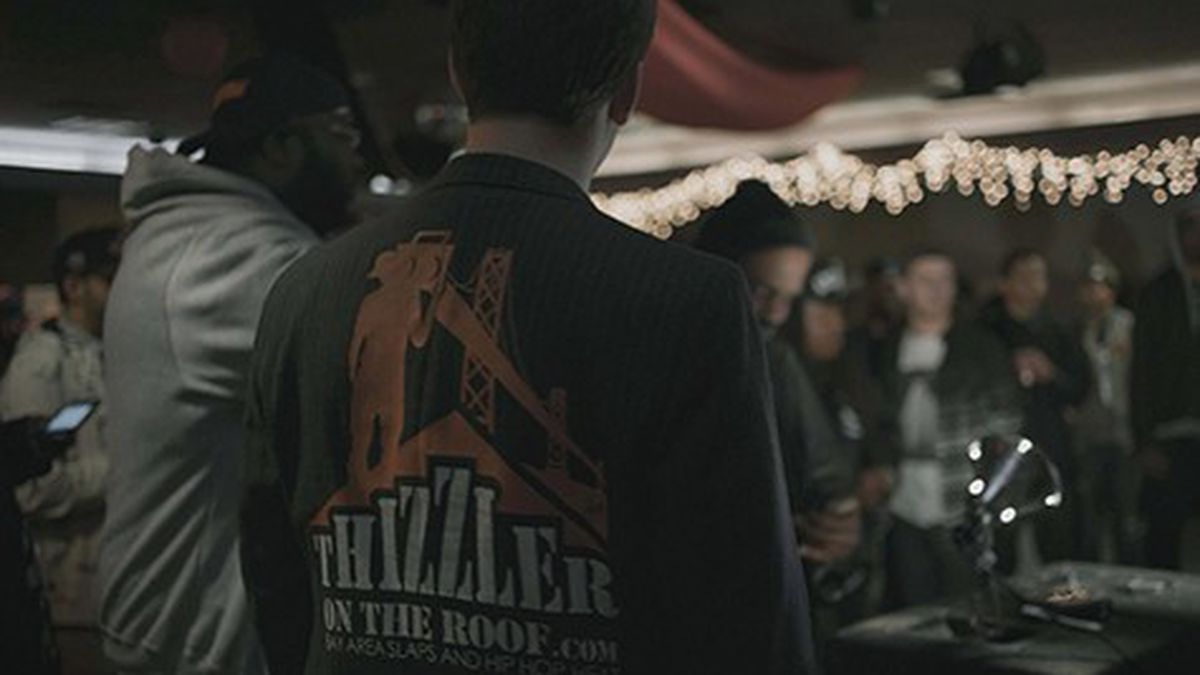 Thizzler on the Move

Matt Werner steered Thizzler from a vanity project to the foremost source for Bay Area hip-hop and host of a three-stage festival in Oakland.

Matt Werner is fluent in the parlance of shmop and viral marketing alike. On a recent afternoon, the 27-year-old sat in front of three desktop computers and tended to the sprawling social media tentacles of Thizzler on the Roof, a website that he started as a humble vanity project and has turned into the foremost source for Bay Area hip-hop. Nearby a coffee table showcased a smattering of mixtape CDs. “Oh yeah,” Werner sighed. “People always leave those when they drop by.”

That’s nothing. Online, Thizzler is inundated with requests from aspirant rappers. Lots of hip-hop artists take to self-promotion like it’s a sport, entreating anyone and everyone in a position of influence to listen to their work. For a prominent blog focused on the Bay Area — where a staggering number of rappers are ignored by most media outlets — the so-called “struggle rap” scenario is magnified.

“The Bay is like the fifth largest urban market in the country,” Werner said. But with relatively little industry infrastructure, “a lot of people fall into the trap of being Baymous.” At one point, that wasn’t so bad. But rappers who used to peddle, say, 10,000 CDs independently out of trunks and Rasputin’s would be lucky to move a fraction of that now. With the move to the almost exclusive digital economy for music, sources such as Thizzler have become increasingly crucial.

Werner’s numbers confirm it. In 2013, he told the Express that Thizzler’s YouTube channel was snaring 2.7 million views per month. Now, it’s more than 5 million. Recently, the channel surpassed one hundred million views total. Werner moved from the eighth floor to the ninth in his building, expanded into two offices, and hired a couple full-time employees. Visibility brings hassles, too. After partnering with major labels to monetize content, the streaming platform Soundcloud began cracking down on the unlicensed mash-ups hosted by Thizzler and ultimately terminated its account.

“The Bay Area needs more platforms for music,” Werner emphasized. He conceded that his close associate, KGBeatz, was once a competitor, but said that they bonded as fervent listeners and partnered in the interest of maximizing the impact of one outlet. In conversation, Werner was unflaggingly positive about local artists. He eluded questions about the musical quality of particular rappers, pointing back to the undeveloped early work of more established acts as if to say, “Just wait.” Werner positions himself not as a critic but as a maestro of hype, and nothing illustrates his effectiveness better than Thizzler Jam.

“It’s the new Bay scene,” Werner said of the festival lineup. “We made a conscious effort to feature rappers who are on the cusp of breaking through.” Thizzler Jam — slated for August 9 on all three floors of Venue (420 14th St., Oakland) — features a cross-section of Bay Area rap, except for the artists deemed problematic by the Oakland Police Department. Last year, OPD complicated a Thizzler concert, which ultimately moved from the New Parish in Oakland to a venue in Walnut Creek. (The police preemptively intervene at local hip-hop shows, but not other genres.)

This year’s Thizzler Jam includes Young Gully, the standout Oakland MC who’s enjoyed a particularly productive year with the release of Hustla Movement 5; Southern trap-indebted rapper Larry June; R&B-inclined singers HBK Rossi and Janel Marisse (note: one of only two women on the line-up); and the HNRL Crew, a collaboration between Trackademicks and 1-OAK that skews pop, rap, and soul with live instrumentation. Mistah F.A.B. and KMEL DJ Radio Reem are among the hosts, while Kool John and Nef the Pharaoh top the bill.

In many ways, the career arc of Kool John — whose anticipated project with P-Lo, Moovie, dropped last week — mirrors that of Werner and Thizzler. Before Kool John made shmoplife a distinct contingent within the HBK Gang, Werner brought the Richmond rapper on as Thizzler’s first intern, or, as he was formally dubbed, Official Shmop Coordinator. As Werner recalled, Kool John was then just branding his house parties with the coinage “shmop” — a contraction of shmackin’ and poppin’ that he’s defined in song as representing partying and peace, naturally — and Thizzler premiered many tracks for the rising rapper as he garnered the skill and reputation of a festival headliner.

Vallejo MC Nef the Pharaoh’s clout principally stems from the ubiquitous regional hit “Big Tymin’.” As part of the Thizzler Jam announcement, Werner revived his video interview series Under the Bay and featured Nef’s trio, 22nd Letter, which also includes Willie Joe and Cousin Fik and earlier this year signed to E-40’s Sick Wid It label. During the video interview, one particularly charming moment arrived when a smile cracked on Willie Joe’s face. He was sitting on the couch in Thizzler’s office and looked excitedly off camera. Nine floors down on the street below, a passing car bumped “Big Tymin’.” “Right then,” Werner recalled, “We were like, ‘Oh shit, this is real!”

Bringing back the Under the Bay video series, a fixture of the Thizzler website’s early life, is symbolic for Werner, a reminder of Thizzler’s roots at a time of growth. “That was how Thizzler got its name,” he said. In its first eighty weeks, he conducted and published 78 interviews. Werner started with a point-and-shoot camera and profiled local rappers in their neighborhoods, learning audio-visual and journalistic skills as he went along. “After a while,” he said, “To be on Under the Bay started to mean that you were popping off.”

The Bay Area Freshmen 10 — an annual roundup of rising artists selected by a group of hip-hop tastemakers and followed by a live showcase — was similarly crucial for establishing Thizzler’s credibility. KMEL DJ Amen started the Freshmen 10 in 2010 with Thizzler as a partner. In 2012, Werner took the reins. Many of the selections proved to be prescient: IamSu!, Kreayshawn, P-Lo, Sage the Gemini, and Nef the Pharaoh were among its inductees.

Last year’s Bay Area Freshmen concluded the tradition. The title was intended to evoke XXL magazine’s annual “Freshmen Class” issue. By leaving that behind and concentrating on Thizzler Jam, Werner is wagering that Thizzler and its Bay Area constituents have outgrown the need to associate with another publication. “This is more our brand” he said. “We’re taking the ownership.”

Best Comic StoreCthulhu, manga, and Pia the cat, too