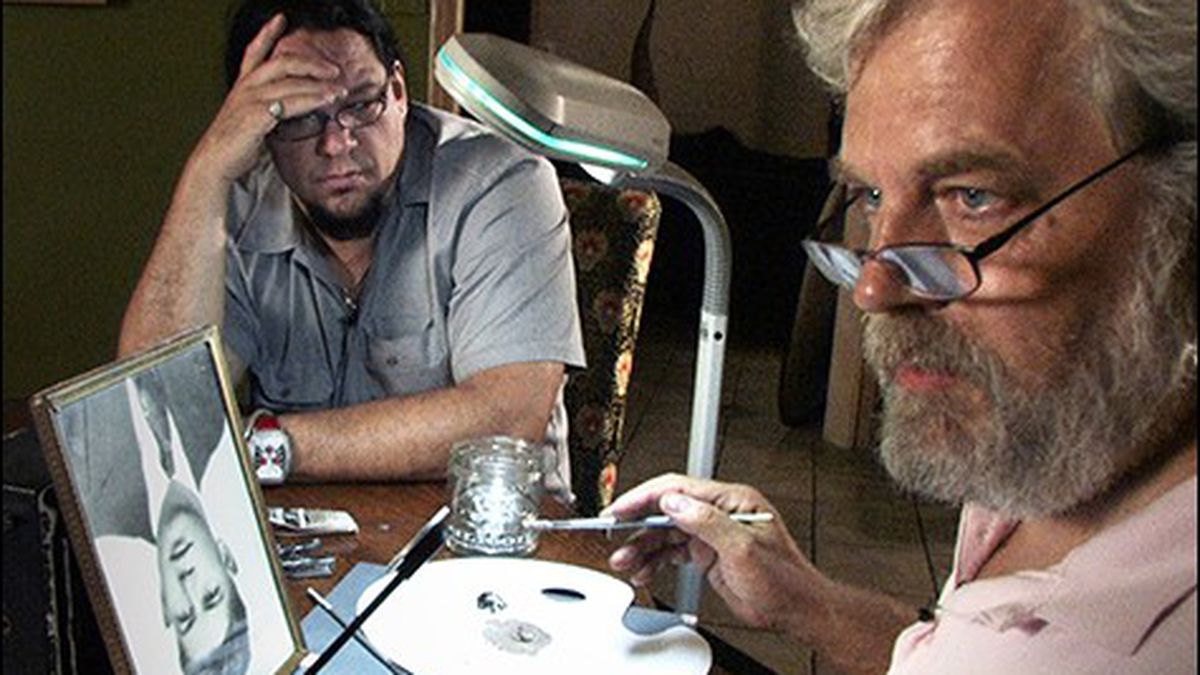 The new Penn & Teller documentary, Tim’s Vermeer, is the sort of film essay that revives every hoary argument about “art for art’s sake.” It’s about a Texas technician/inventor named Tim Jenison, whose amiably eccentric theory about how 17th-century Dutch painter Johannes Vermeer was able to achieve such remarkable photographic realism in his work drives Jenison to extremes — in this case, reproducing the artist’s painting “The Music Lesson” using a camera obscura and two mirrors in ostensible “imitation” of one possible method for achieving such microscopic detail in oil on canvas. It takes Jenison eight years to complete.

What’s the point of all this? Director Teller and narrator Penn Jillette might just as well have made a step-by-step guide for inscribing the Declaration of Independence on the head of a pin. But the combined maniacal fervor of Jenison, Jillette, and Teller is just crazy enough to make us smile, for exactly eighty minutes.

Jenison and the filmmakers jet off to consult with artist David Hockney (he offers mostly platitudes) and take in some of the relatively few surviving Vermeers in Delft and Amsterdam. Jenison even convinces the staff of England’s Queen Elizabeth to allow him to view the painting in question — no photos — in Buckingham Palace, where it is not on public display. But the proof of this pudding is in the eating. Back home in San Antonio, Jenison sets up his studio and goes to work, acquiring props and hiring models and combating the effects of storms that threaten his obsessive project. The pointillistic depiction of the Persian rug alone nearly drives him crackers.

Jenison himself is the quiet, steel-trap-minded sort we might meet at any arts and crafts convention, except that he’s friends with Penn & Teller. It’s fun to listen to him deconstruct Vermeer’s mystical relationship with light, and to hear what Hockney and actor Martin Mull think of his quest (they seem a little dubious). But if you’re hoping that Jenison will make some grand statement on the impermanence of the universe, you may be disappointed. In that respect he’s no different than the Queen of England. Let’s hope no one ever takes him to Angkor Wat.