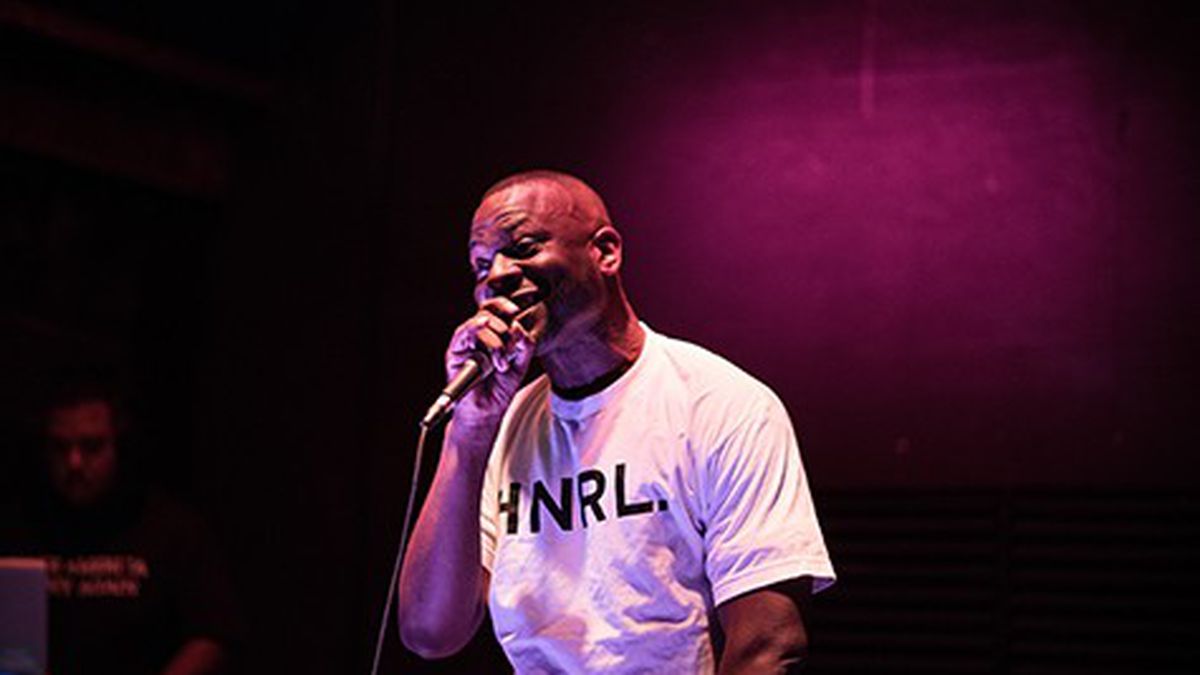 This Year’s Oakland Music Festival Was a Marathon of Small, Local Gigs

Despite some growing pains, the fest successfully expanded into a ten-day concert series that highlighted outstanding local talent.

Jay Stone looked at home as he took the stage in a burgundy bathrobe last Thursday at The Night Light, a bar near Jack London Square. He was headlining the seventh night of Oakland Music Festival, which dominated the local concert calendar from September 30 to October 9 with shows taking place at different venues every night.

Stone quickly traded his sneakers for Nike socks and hung his fluffy robe on a mic stand as he danced along to his stream-of-consciousness rhymes. He performed with jazz quintet Yayuh (which is pronounced how Lil Jon screams “yeah!” and contains two members of indie group Bells Atlas). Stone’s bizarre storytelling rap featured plenty of plot twists and cliff-hangers, and his freestyles were dynamic and hilarious. And Yayuh’s Caribbean-influenced jazz made his set that much more fun to watch.

Although it was low-key, the performance was one peak of this year’s Oakland Music Festival, and an apt one at that: As a whole, the fest had a similarly dressed-down, charming vibe.

In previous years, OMF took over downtown for a single day with an outdoor, multi-stage set-up. But this year, its events blended into the week’s nightlife calendar instead of making a huge splash. And while past years boasted big headliners — such as Anderson .Paak and SZA — 2016 was more geared towards up-and-coming Bay Area talent.

That local focus worked well for OMF, but the lengthy fest also felt a bit dry during the week. Its standout shows took place on weekends, and much of the programming that happened between the kick off show on September 30 and Stone’s show on October 6 was somewhat lackluster.

OMF started out strong on opening night with Eighties electro/hip-hop legend Egyptian Lover spinning at Starline Social Club along with DJ-producer Lakim. Egyptian Lover scratched records, rapped through a vocoder that made him sound like a robot, and even played his 808. His synth-laden break beats had everyone shamelessly busting moves.

But things quieted down when the day party scheduled at Lake Merritt for the following Saturday was cancelled due to permitting issues. From then until the following Thursday, most of the parties were DJ nights — other than the live funk and soul night that already takes place every Wednesday at Era Art Bar & Lounge (which OMF co-founder Alfonso Dominguez owns).

Massive Monday, a hip-hop showcase and cypher at Era, was another existing party that got spun into a night of OMF. And while it wasn’t quite the sort of high-profile event you might expect from a big festival, it was still cool to see prolific underground rappers, such as O.O.P.S. and Show Banga, get some shine. Plus, San Francisco rapper and #Frisco5 activist Equipto did a surprise performance. He made sure to end his set with some strong language about Libby Schaaf and gentrification, prompting cheers of approval.

From a logistical standpoint, it made sense for organizers to incorporate familiar events into the fest, such as the OMF edition of the recurring party Suavecito Souldies. But overall, OMF would have been better as a shorter spurt of shows that felt more out of the ordinary.

The second weekend of OMF kicked off on First Friday, October 7, and felt like the high point of the festival. R&B singer Rayana Jay and rapper Elujay packed an eager, young crowd into the Oaklandish store on Friday night. Both artists’ latest work features a timeless sonic palette that reaches back into the jazz and soul sounds of previous decades. And with her live band, Rayana Jay’s music sounded smoother and more grown-up — somewhat reminiscent of Sade thanks to the jazzy instrumentation. The show was more deserving of a venue with a bigger stage (Oaklandish actually didn’t even have one) such as the The New Parish, where hip-hop duo Down 2 Earth, HBK rapper-producer Jay Ant, and TrapHouse Jazz bandleader Masego played later that night.

Saturday offered two parties (one during the day and one at night) at Eli’s Mile High Club, the newly refurbished West Oakland punk bar with a spacious patio. L-Deez, a quick-witted rapper from the HNRL crew, delivered a fast-paced set of slaps produced by Trackademicks, who also DJed. The set was the most exciting part of the night, but it felt far too short at just three songs.

OMF closed out on Sunday with a day party at Classic Cars West, the art gallery and classic car museum that now also hosts the herbivorous beer garden Hella Vegan Eats and streetwear boutique 411. Folks milled about the patio for most of the day as DJs played, but things took an exciting turn when indie quartet The Tambo Rays got on stage with a swagger reminiscent of early No Doubt.

By then, a crowd gathered just in time for rapper Big Baby Gandhi, whose set got unpredictable when he delivered a completely out-there, acapella freestyle (to give you an idea, giving God a rim job was a recurring motif). The small crowd, which included many DJs and musicians, hollered with approval as Gandhi rapped until he lost his breath. It was just one example of how the festival’s tight-knit feel created a relaxed environment for artists to experiment.

Most of the musicians at OMF were indie artists on their grind rather than huge stars. And while other festivals strive to one-up each other with spectacles, the highlights of OMF were really reserved for those who were open-minded and paid attention.

The new week-long format has the potential to grow into something like Noise Pop or South by Southwest in future years. But for now, it had a for-us-by-us feel. And in a town like Oakland, where there’s strong support for local talent, it offered a lot to appreciate.

Nastia Voynovskaya
Previous articleKamaiyah and YG Turn Up at the Sideshow in the “Fuck It Up” Video
Next articleTop Commander Accused of Turning California National Guard Into ‘Criminal Syndicate’
18,623FansLike
12,284FollowersFollow
66,159FollowersFollow