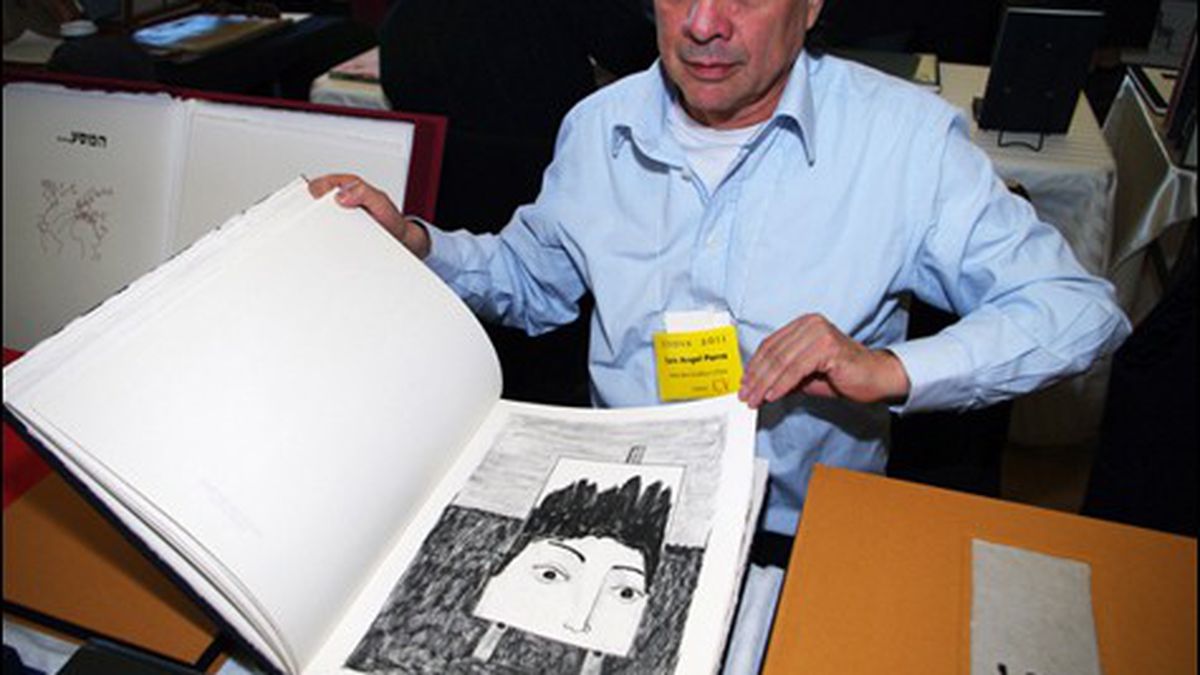 As a veteran typographer, printer, and publisher, Peter Koch has a particular fondness for books. He used to travel the world with fellow artisanal bookmakers — including his partner, paper conservator Susan Filter — in search of like-minded people, and he grew tired of small US book fairs that excluded international artists from Latin America, North Africa, Asia, and Australia. He also had an overarching fear: “the passing of the finest expression of the mind of mankind: the book and its all-encompassing potential.”

So, in 2005, he and Filter founded the CODEX Foundation, which aims to “preserve and promote the hand-made book as a work of art.” Based in Berkeley, CODEX began holding a biennial symposium and book fair, which bring together artists, curators, collectors, scholars, and presses to “exchange ideas, influence each other, and sell some books,” Koch explained. The whole undertaking was immediately embraced (and partially funded) by organizations such as Stanford University Libraries, UC Berkeley’s Bancroft Library, Mills College Center for the Book, and UCLA’s libraries, as well as by private patrons.

“Our mission,” Filter said, “is to have this biennial event that’s a symposium, that’s intellectual content; a book fair, which is the marketplace, because in order for the artists to be supported, they have to sell their work; and then the social aspect — lots of cocktail parties, dinners. We provide time for [the artists] to have interaction with each other, which I think is really important.” In addition to artists who wants to socialize, CODEX attracts private collectors; publishers such as Chronicle Books, which has been known to scout the fair for new acquisition; and a large student population. “There’s a great surge of book-arts programs in universities,” Koch said, noting that students can get tips and ideas from the masters, collaborate on projects, and share their work. For the general public, CODEX provides intellectual stimulation and offers collectible books and prints for sale, priced anywhere from $30 to $3,500.

That aspect attracts people like Alyson Kuhn, a paper enthusiast and writer. “In the big picture, [the books] are a bargain,” she said. “Which is not to say that they’re inexpensive, but people need not to confuse price with value. Yes, you could buy that $90 sweater, but you could buy a $30 or $50 stunning print, of which there are only 100 — will only be 100 — and you will have it every day. It’s just a different way of thinking.”

Eight years after its inception, CODEX has become wildly successful, boasting 175 tables with more than 220 presses, and spawning offshoots in Australia and Mexico. Funds from the fair produce a spectacular volume of commissioned essays regarding the state of book arts from a global perspective, high-quality images of books that have graced previous exhibits, and intimate photos of printers’ studios from Tokyo to Saint Petersburg. It’s a happening, interactive event where you can talk to the authors, touch the books, and take a fine print home to start your own collection. “We’re making books by individuals, for individuals,” Koch said proudly. “This is art.”