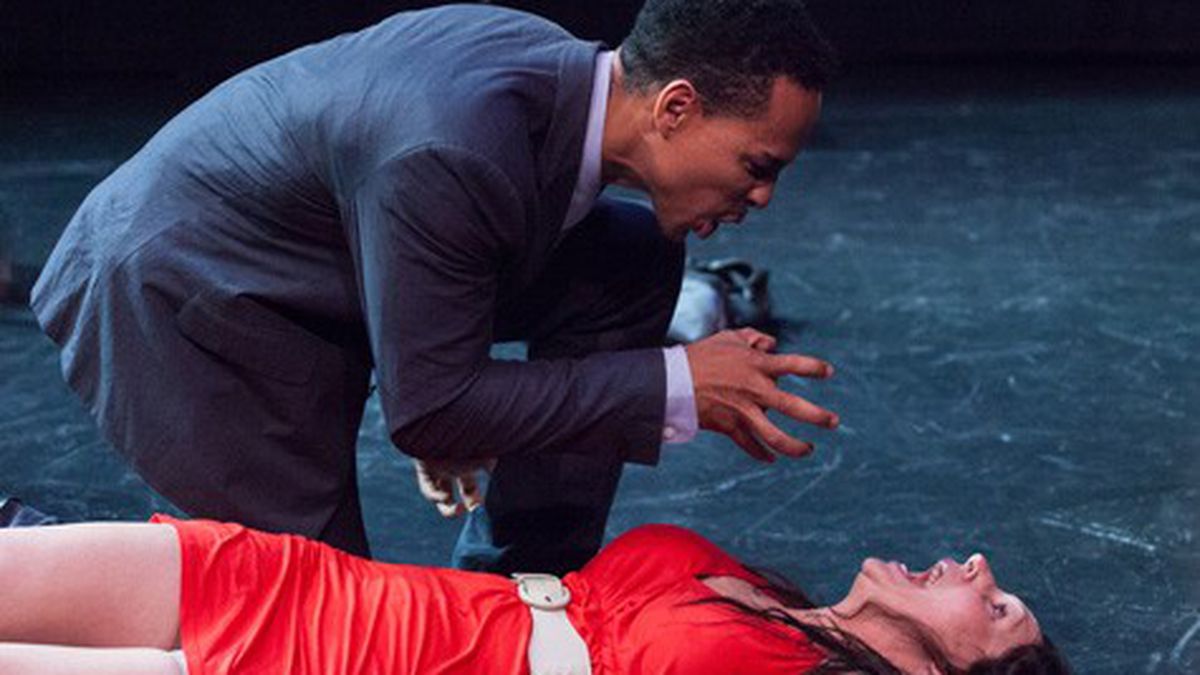 Theater With a View

Ubuntu, according to a Zulu proverb, is the essence of interconnected humanity. Described by Desmond Tutu, it means “I am what I am because of who we all are.” For Colin Blattel and Michael Moran, founders of the Oakland-based Ubuntu Theater Project, the term informs their work as artists in a medium they feel is becoming less connected and less available to the audiences they want to reach. “Many of our peers feel that the theater is outdated,” said Blattel, Ubuntu’s managing director. Thus the tenets of the program: affordable, accessible, edgy, and independent. “We want to reinvent the [theater] experience for our generation with shows that appeal to them.”

However, the initial idea of producing one show in the Bay Area through their new company quickly bloomed into a festival aptly titled “Breaking Chains,” a presentation of four plays in four cities at five venues in less than two weeks for a total of sixteen shows, beginning September 11 with Sam Shepard’s Fool for Love in Berkeley at the Tilden Park Merry-Go-Round and continuing through September 21.

Rather than working through existing avenues, Blattel and Moran have adopted a DIY attitude, booking all their own venues, licensing the scripts, raising funds through Kickstarter, collaborating over a long distance, and focusing on issues of social justice and consciousness. “These plays deal with a cycle of violence that the characters find themselves imprisoned in,” said Moran, who acts as the company’s artistic director. “My hope for the Ubuntu Theater Project is to explore the ways in which theater can better highlight, invigorate, and strengthen an innate interconnect between diverse individuals and communities.”

For both economic and aesthetic reasons, Ubuntu is a site-specific project, using atypical performance spaces like parking garages and parks. For example, four nights of the Yellowman and Dutchman performances will be at SoleSpace, a shoe store and art gallery/event venue in downtown Oakland. There will also be several performances at the Park Day School — the new home for the Young Actors Workshop (YAW) program — but the productions will be held outdoors in the gardens.

Another few nights of Fool for Love will be in Berkeley’s Tilden Park — “cut off from the world,” said Blattel. “We are the first ones to produce a show there,” he said. It will undoubtedly be a powerful performance, a bridge between the urbanity of content and the seclusion of setting. “We’re very excited about this venue,” said Blattel.

San Francisco’s Kunst-Stoff Arts, traditionally a venue for up-and-coming modern dance productions, will serve as a bright, open location for several of the plays. Outside of the Bay Area, Sacramento’s Sol Collective, a community space for public yoga and art classes as well as enrichment programming for underprivileged and at-risk youth, will operate two nights to close the festival.

During those two weeks, Moran will direct three of the shows and star in the fourth. The other nine actors, as well as a stage manager and three designers, have largely been culled from the MFA program at UC San Diego, where Moran is working toward a degree in directing. “I don’t know how I convinced them to do this crazy thing,” Moran said. “We’re finding them free places to stay, paying them a very small stipend, and rehearsing in the clubhouse of my mom’s complex.”

Fool for Love — a middle-years Shepard play concerning the battle between terror and love and the wounds that dynamic produces — is perhaps the most immediately approachable of the four plays. “The will to love offers me hope in it of itself,” said Moran. “In the midst of a ‘hook-up’ culture where we seem to be more and more tolerant of detachment and non-committal behavior, sincere passion rings rare.” Shepard offers no answers, but instead paints a rich and complex canvas.

Dutchman, by Leroi Jones, and Yellowman, by Dael Orlandersmith, are presented as a suite, contrasting each other as different perspectives “in our constantly changing inability to reconcile racism in our country,” said Moran. Yellowman is fundamentally about alienation and striving to find oneself in a world that rejects you — “a play that taps into something we all deeply recognize as human and allows us to celebrate that condition through catharsis,” he said. Dutchman, however, is difficult for audiences if for no other reason than because it purposefully refuses to offer a resolution. “Many people find this play divisive, disruptive, and unproductive — particularly white audiences,” said Moran, who’s white himself. “If delving into diverse points of view can increase our capacity for compassion, and our capacity for compassion is directly proportional to our ability to strengthen an overall interconnected point of view, there are few divisive forces more worthy of our attention than racism.”

In the solo show, Here Lies Henry, written by Daniel MacIvor and performed by Moran, the title character presents the audience with the beauty of a trapped soul intent on figuring it all out through his guise as a chronic fibber. “It reveals the pitfalls of life, love, and the unspeakable nature of ‘nothing, nothing, nothing, nothing,'” said Moran, who has performed it twice in Chicago with the Interrobang Theatre Project.

Blattel and Moran first met in middle-school productions in El Cerrito. During the next few years, they worked together at the Young Actors Workshop, a youth program that’s administered through Contra Costa College and is now based at Park Day. In 2005 they graduated from El Cerrito High School, following a successful production of Two Roads, a play written and directed by Moran and starring Blattel. Later, they reprised the production, the first freshman to do so at Boston University where both studied theater. After college they parted ways for some time: Blattel landed in Miami working with disadvantaged schools while Moran made his way to Chicago, where he auditioned, directed, and took work helping adults with developmental disabilities.

“We would talk now and then,” said Moran, “and what’s interesting is that we were both attracted to humanitarian work and viewpoint on the world.” A little more than a year ago, both returned to California. Blattel began work at the educational nonprofit City Year in Sacramento and enrolled in a masters program in public policy and administration at Sacramento State University. Meanwhile, Moran had been accepted to the highly ranked UC San Diego Theatre & Dance Program.

“We’d always talked and dreamed about having a company together, and it was the right time,” said Blattel. “It has been a community project. If not for the [Kickstarter] support, even as we were building the train while laying the tracks, this never would have happened.”

The Ubuntu Theater Project intends to produce a second theater festival next summer. In 2015, after both have finished their studies, Blattel and Moran plan to launch a full-scale production company offering a year-long calendar and classes. But for the time being, and for a first go-around, Blattel and Moran are shaking off their broken chains and offering people something that is what it is because of who they all are. Ubuntu.

Waiting for the End of the World