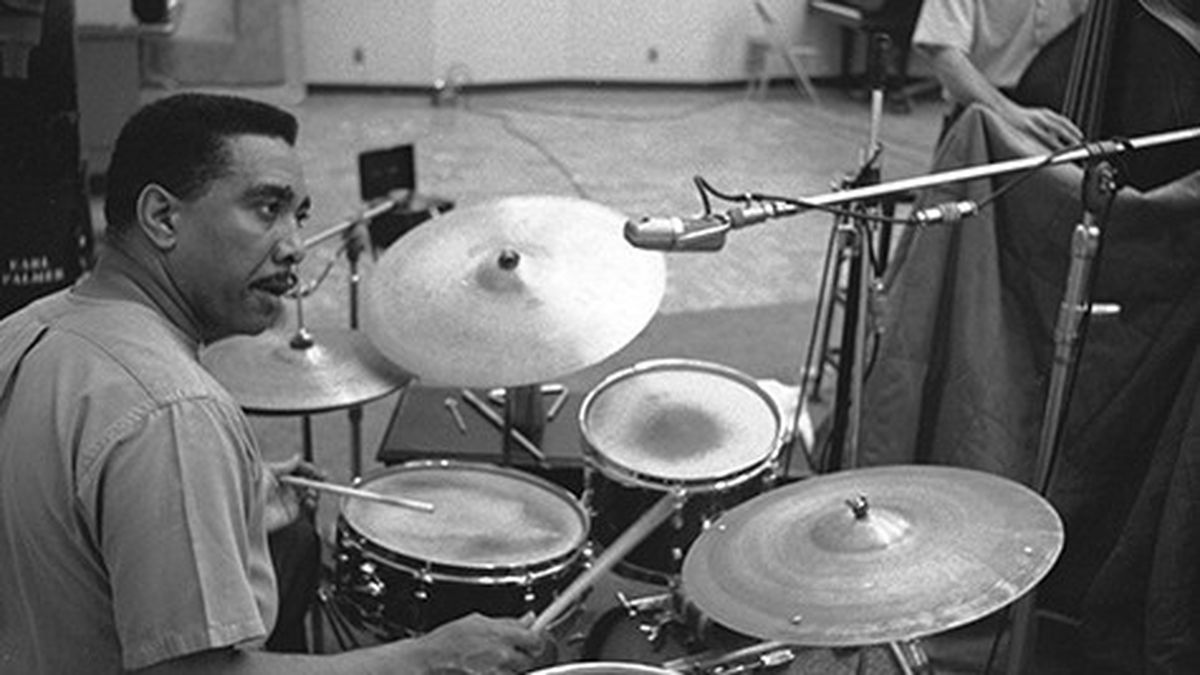 The little-known group of musicians behind all your favorite chart-topping songs.

The Wrecking Crew, a loosely designated group of Los Angeles sessions musicians, may be the closest thing we have in this country to a universally shared cultural experience. Anyone who has watched or listened to movies, TV, or radio in the past fifty years has heard them. Their ubiquity is complete — you could literally listen to their music every day. And yet only recording insiders actually knew the musicians’ names. Now The Wrecking Crew, a new documentary, puts the players in the spotlight.

The entertainment industry has always had its studio musicians, but in the early 1960s, when large numbers of New York recording professionals moved to LA to make rock ‘n’ roll records, the “Youth Quake” offered such players as guitarist Tommy Tedesco — father of the doc’s director, Denny Tedesco — all the work they could handle.

Guitarist Tedesco and his colleagues helped make the Beach Boys’ legendary Pet Sounds, including the magical opening phrase for “California Girls.” The hits kept coming. Simon & Garfunkel, Elvis Presley, Nat “King” Cole, Herb Alpert (his Tijuana Brass was the Wrecking Crew), Sonny & Cher, the Righteous Brothers, Sam Cooke, the Chipmunks, The Mamas & The Papas (they were a walk-on hired for backing vocals), Frank and Nancy Sinatra, The 5th Dimension, and producer Phil Spector — whose famous Wall of Sound was the product of a ceramic-lined echo chamber at Gold Star Studios — all got Wrecking Crew backing.

The acts that relied on studio musicians had a few things in common — they were either primarily vocal groups or bands who couldn’t play. The Monkees — an “artificial group” created for a TV show — notoriously fit the latter category. The Wrecking Crew even sat in instrumentally for the Byrds when that folk-rock outfit recorded its first single, “Mr. Tambourine Man.” (Only Roger McGuinn on twelve-string guitar was retained for that date. It’s revealed onscreen that when the Byrds finally did all their own playing, it took them 77 takes to cut “Turn! Turn! Turn!”) The Wrecking Crew could do commercial pop, hard rock, R&B, jingles, advertising gigs, and TV and movie themes (M.A.S.H., Batman, Bonanza, etc.). They learned to operate without charts and often did their own arrangements in-studio, as when Carol Kaye created the signature opening bass line for Sonny & Cher’s “The Beat Goes On.” An Alka-Seltzer session produced a Top 40 single, “No Matter What Shape (Your Stomach’s In).”

The younger Tedesco festoons the movie with iconic riffs and jovial old pros: composer Jimmy Webb; producers Bones Howe, Snuff Garrett, and Lou Adler; guitarist-composer-Mother-of-Invention Frank Zappa; and head Beach Boy Brian Wilson, with whom the sessions players loved working. We learn that only a few of the Crew musicians — notably singer-guitarist Glen Campbell and singer-keyboardist Leon Russell — made the leap to fronting their own bands. Tedesco produced the documentary in 2008, but paying all the licensing fees for its cavalcade of tunes took years, plus a Kickstarter campaign, before it could be released.

It could be argued that Atlantic, Muscle Shoals, and Memphis were funkier, and that Motown had a death grip on slick soul, but the LA music scene cranked out the mainstream hits in waves. One of the film’s most captivating talking heads is drummer Hal Blaine, a fast-lane character who played on six consecutive Record-of-the-Year Grammy-winning releases, yet eventually found himself working as a security guard in Las Vegas. The wave finally subsided. The bands learned how to play. The party’s over now, but those loose recording sessions — when John Phillips and company could take a ten-minute break to go down the hall and cut “California Dreamin’,” or Chuck Berghofer could lay down the ultimate bass figure for Nancy Sinatra’s “These Boots Are Made for Walkin'” — are the stuff rock dreams are made of. This Memory Lane is lined with gold.

Bike Valet Parking at the Best of the East Bay Party

Buy Curious: A Weekend for Chillin’