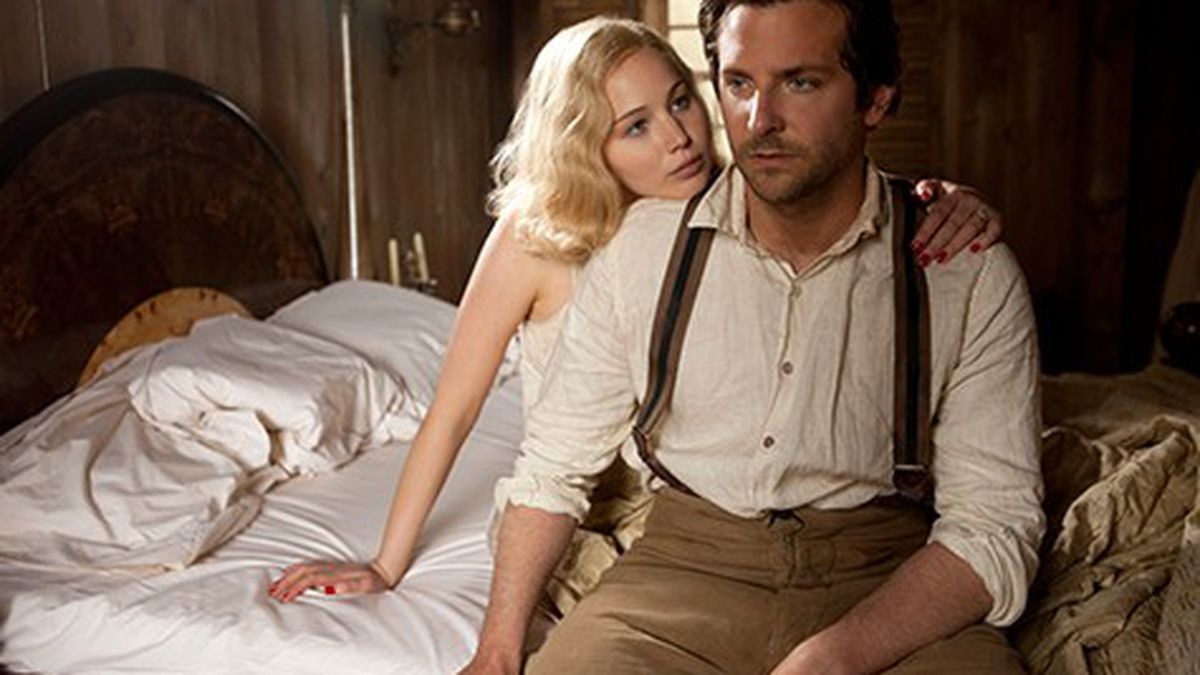 Bradley Cooper and Jennifer Lawrence can't save this slog of a movie.

Bradley Cooper and Jennifer Lawrence have combined for memorable storytelling in Silver Linings Playbook and American Hustle, but just in case you think onscreen actorly “chemistry” is more important than writing, along comes Serena to blow that notion out of the water. Cooper and Lawrence’s third costarring go-round — a decorous but static costumed drama directed by Susanne Bier — would be a slog no matter who the actors are.

Somehow Cooper, as a 1920s North Carolina timber baron with a guilty secret, and Lawrence, playing his headstrong, jealous bride, don’t easily inhabit screenwriter Christopher Kyle’s “empire-building” epic framework (adapted from the book by Ron Rash). For one thing, we’re never really shown just what they see in each other. Cooper, as shortsighted lumber magnate George Pemberton, is right for the compromised-man-of-vision role, but Lawrence’s eagle-whisperer title character belongs in another movie, perhaps something with a magic wand and a wizard. The screen personality that made Hustle so effervescent and The Hunger Games pleasingly silly can’t cope with Serena Pemberton.

Mere marital discord fails to stir this movie’s ashes, despite Rhys Ifans’ and Toby Jones’ efforts as a creepy hunter and a suspicious sheriff, respectively. Directors such as Terrence Malick have built majestic myths out of flimsier tales than this, but that particular brand of movie magic is beyond filmmaker Bier (Love Is All You Need). Soap operatics, pine needles, and ghostly panthers make odd bedfellows.

Director Bier also leans a little too heavily on Cooper and Lawrence’s abbreviated, demure sex scenes, sprinkled randomly through the scenario. Both actors seem uncomfortable in Great Gatsby-style rich folks’ hunting outfits, even though we’re fully ready to believe that the imperious Serena would wrestle snakes or murder George’s townie ex-girlfriend (Romanian actress Anna Ularu) if they ever got in her way. Wild animals generally fare better than the human protagonists in Serena. They get to use fangs or claws instead of words.