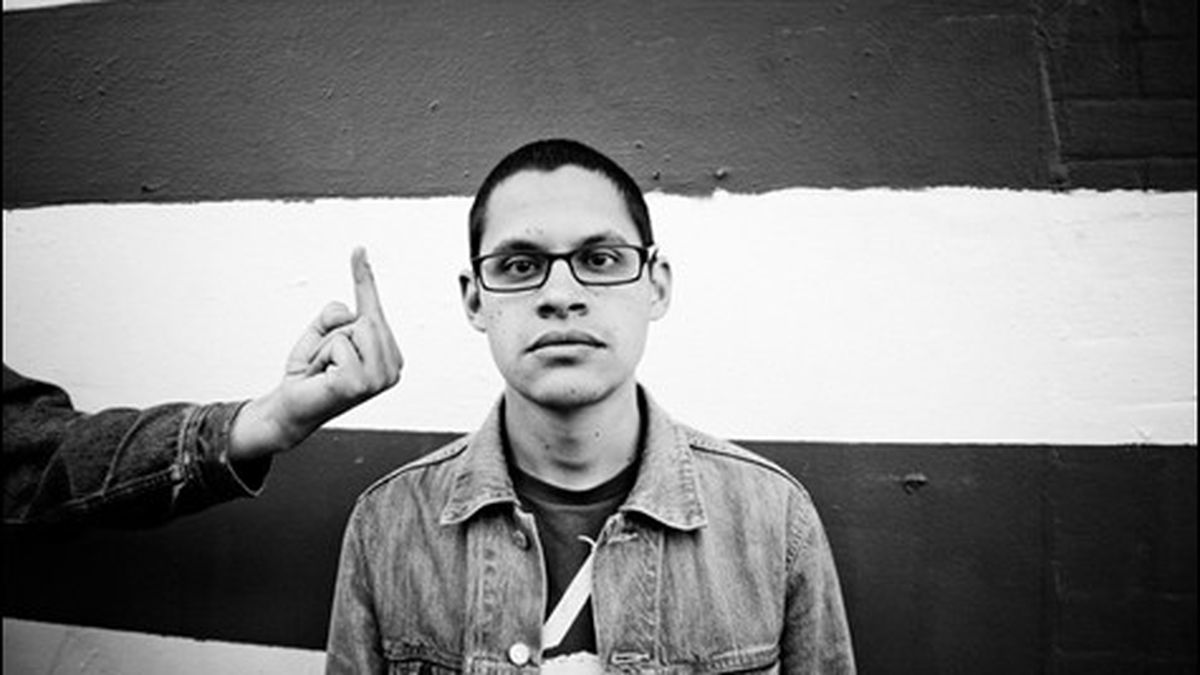 The Two Sides of Tony Molina

Constantly juggling hardcore and pop projects, the veteran musician has won over fans in both camps, most recently Slumberland and Matador Records.

Whether fronting pop or hardcore bands, Tony Molina heavily indulges in the characteristics of each genre. “If I’m playing hardcore all of the time, I’m listening to pop the whole time,” said the Millbrae native, who now lives in San Francisco. “If I’m playing pop all of the time, I’m listening to hardcore.” Since 2002, Molina has strictly applied this maxim to a slew of groups, including Dystrophy, Ovens, Lifetime Problems, and, currently, Caged Animal and his solo work.

For the frenetic and intense 28-year-old, it’s not a self-imposed creative constraint but a practical necessity. “I think I need the fucking balance, dude …. I can’t do one without the other, but I don’t know that because I’ve never tried,” Molina said.

In both hardcore and pop, Molina values lyrical simplicity, structural concision, and the emotional impact of guitar riffs. Two recent releases — the wistful riff rock of his first solo album, Dissed and Dismissed, and his new hardcore band Caged Animal’s barbaric debut EP — illustrate the striking dichotomy that runs throughout Molina’s discography over the last eleven years. On Dissed and Dismissed, Molina intensifies the slacker clichés and self-deprecation of Nineties indie rock into absurdist hyperbole. He expresses vulnerability and melodrama through bizarre truisms while referencing his forebears: Thin Lizzy leads, Radiohead lyrics, Replacements sneer. Molina appropriates unapologetically, but distills the past into bursts of reverence less than a minute long. With Caged Animal, Molina indulges just as heavily in the traditional tropes of hardcore and similarly amplifies them to extremity.

Based on the strength of Dissed and Dismissed, which was released by local imprint Melters in February, Berkeley’s Slumberland Records plans to release a split record with Molina and San Francisco lo-fi project Swiftumz. Slumberland is arguably responsible for putting out more enduring pop releases than any other local label. Molina was also recently invited to contribute a seven-inch for an upcoming series of singles released by indie titan Matador Records.

Molina’s simultaneous affinity for both hardcore and pop began far before Dissed and Dismissed and Caged Animal. He started Millbrae hardcore group Dystrophy when he was sixteen and played alongside such punk bands as Life’s Halt and What Happens Next? A few years later he founded Ovens, the first incarnation of his singular take on guitar-centric pop, with Beau Monnot and Kyle Spleiss, also of Dystrophy. Ovens debuted in February 2002 on a hardcore bill with The Lab Rats, The Damage Done, Our Turn, and Stockholm Syndrome. “I threw up before we played,” Molina recalled.

Despite his trepidation over premiering Ovens’ grandiose hooks and vulnerable lyrics on a hardcore bill, Molina said the response was overwhelmingly positive. By 2004, the lineup settled with Molina, who wrote, sang, and played guitar, plus Monnot, Andrew Kerwin, and Max Schneider-Schumacher. The band toured the West Coast and Pacific Northwest, and in 2010, opened for San Francisco’s Grass Widow in New York City. Ovens’ lyrics grappled with classic pop tropes — broken relationships, self-deprecation, and melancholic resignation. Song titles like “Puke When I’m Sad,” “We Know We Suck,” and “I’m a Creep” reveal that these lyrical themes aren’t fit for hardcore, but share the genre’s simplicity and directness.

Dissed And Dismissed by Tony Molina

Molina was at first wary of brandishing his affinity for guitar hooks and melody in the hardcore scene: “We were hella afraid to play out with Ovens for years because everyone knew us from hardcore,” Molina explained. “How could the same dudes come out and play pop music?” Yet, his hardcore credibility remains intact, and is even bolstered by his gall to defy the scene’s codified sounds. Molina’s hardcore peers haven’t criticized his seemingly incompatible interests.

Most musicians avoid citing their immediate influences, but Molina specifically discussed his early interest in Weezer with a refreshing lack of pretense: “I heard Pinkerton for the first time in sixth grade and it was my favorite album for most of my childhood …. I’ve always loved pop.” He cited the guitar-based Nineties rock of Guided by Voices as another clear forebear. On Dissed and Dismissed, Molina covers Guided by Voices’ “Wondering Boy Poet.” It flows seamlessly with Molina’s own songs — which hardly ever exceed two minutes — partly because of its similarly short length.

Molina’s music evokes strong reactions, whether for its beauty or ferocity, depending on the project. To some, he’s the brooding hardcore frontman hunched over on stage like he is on the cover of Caged Animal’s debut. To others, Molina is an eccentric pop guru. However, he’s best understood as both. His respective roles cross-pollinate, mingle, and instill a singular character in his music, whatever genre it might be.