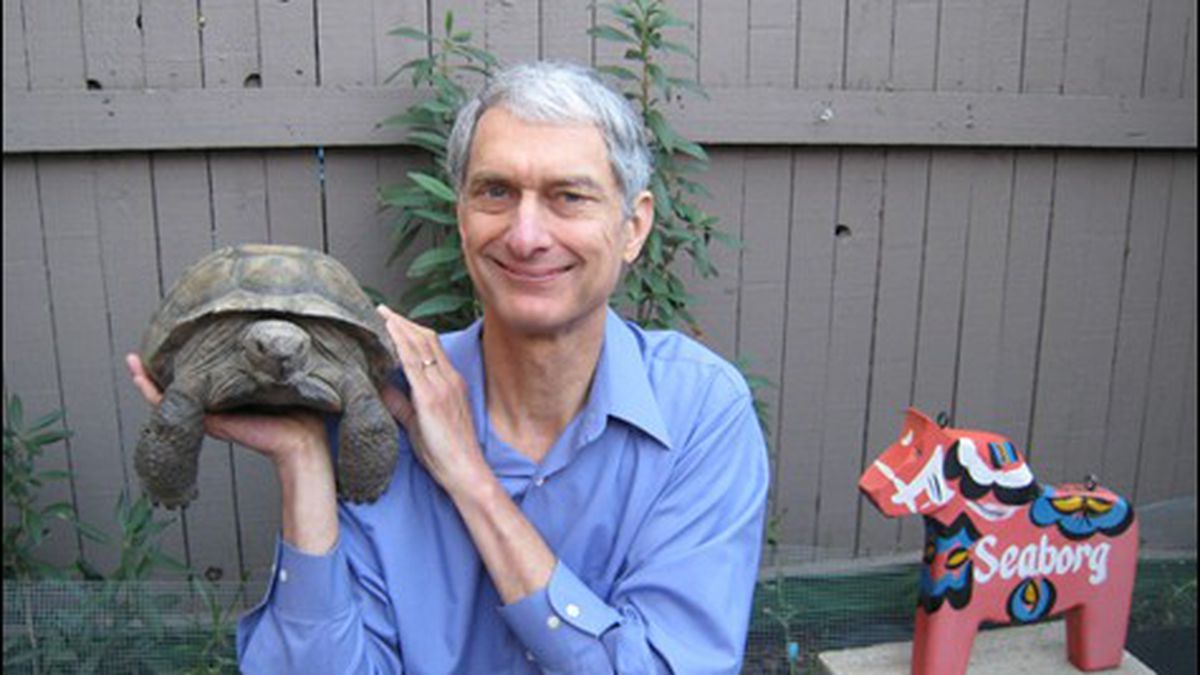 The Theater of Evolution

Darwin Day promises to be as entertaining as it is informative.

When it comes to explaining science, David Seaborg says theater is just as important as the facts. And Seaborg, an evolutionary biologist who runs the nonprofit World Rainforest Fund, is known for grand gestures: He said he once carried an environmentalist version of the Ten Commandments down Egypt’s Mount Sinai à la Moses while riding a camel. Once at the bottom, he bestowed the commandments upon some Bedouin youth meant to symbolize the Earth’s inheritors; afterward, he swam with a dolphin in the Red Sea. It sounds biblical — almost apocryphal — but also insanely fun.

Yet Seaborg’s playfulness doesn’t undermine his grand pursuit of science. Case in point: On Sunday, February 24, he’ll dress up like Charles Darwin to give a keynote lecture on current evolutionary theory as part of Humanist Hall’s Darwin Day celebration. Seaborg, whose Nobel Prize-winning father helped discovered plutonium, has spent many Darwin Days impersonating a man he considers one of history’s three greatest scientists (next to Albert Einstein and Sir Isaac Newton), and he aims for authenticity: He’ll wear an outfit inspired by 19th-century British men’s fashion and don sideburns (but, alas, no beard), but will stop just short of a British accent (“Mine would sound so fake, it would detract from my performance,” he explained). He’ll also bring snakes, a hedgehog, and fossils to illustrate more abstract concepts, and allow audience members to handle them.

This year’s celebration will come a little late — the real Darwin Day took place on February 12, which would have marked the scientist’s 204th birthday. Every year, educators, scientists, and students around the world use the day as a somewhat informal platform to extol the importance of science and to commemorate Darwin’s contributions. After all, Seaborg said, evolution changed our understanding from a “human-centered view in which species were unchangeable and variability was unimportant” to one “where all life is equal in importance, and humans are no greater than other species in the scheme of things.”

The event will feature other regularly dressed intellectuals: Peter Hess, a Darwin expert from the National Center for Science Education, and George Smoot, an astrophysicist with the Lawrence Berkeley National Laboratory who won a Nobel Prize in physics for discovering anomalies in cosmic background radiation from the Big Bang. Their topic? Nothing too intimidating or jargon-filled for the layperson: the need for science education and the teaching of evolution in schools.

If chatting with renowned scientists and fellow humanists about how Darwin changed your life sounds like a blast, bring a dish for the potluck banquet and lots of questions. At the Humanist Hall (390 27th St. Oakland). 1:30 p.m., $5 (donations accepted). HumanistHall.org.