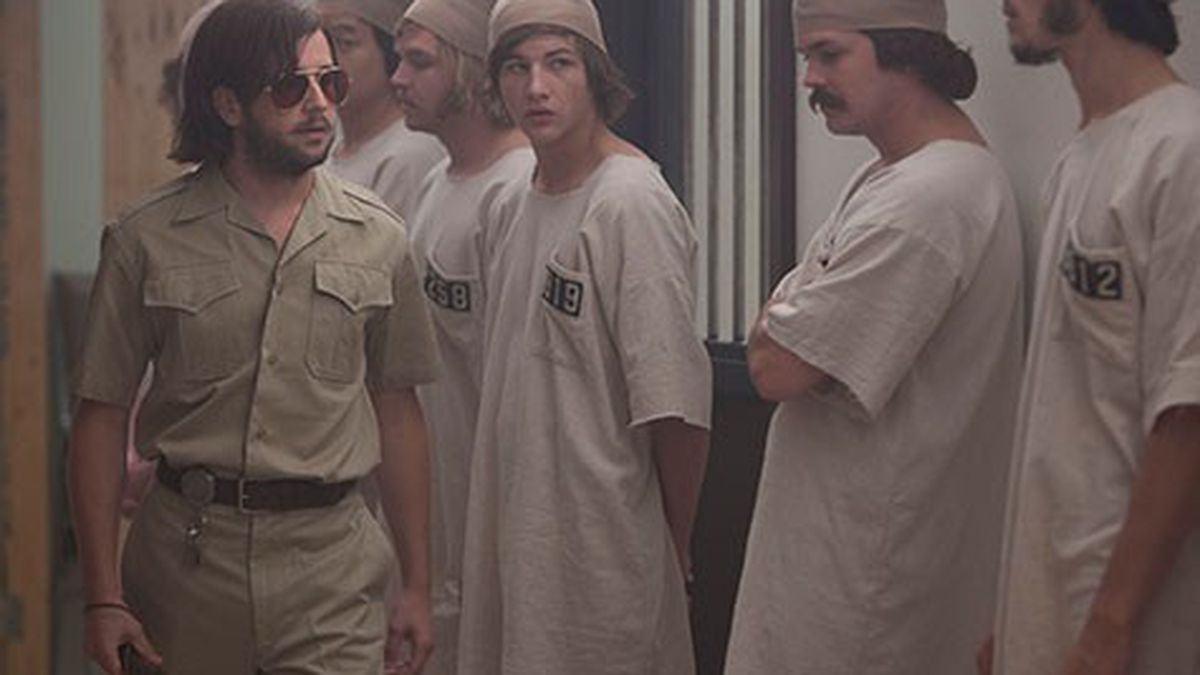 Kyle Patrick Alvarez’s film on the infamous hell week is not your typical summer flick.

The plot of The Stanford Prison Experiment has a “ripped from the headlines” feel — never mind that the headlines were in 1971. It’s based on a real-life incident in which Stanford University psychology professor Philip Zimbardo hired 24 male students to play the parts of “prisoners” and “guards” in a makeshift “prison” in the basement of a university building for two weeks.

The object of the project was to study the psychological effects of being an inmate or a jailer, using volunteers that were paid $15 a day and assigned to their roles randomly. Within a few hours, various behavioral troubles arose that made for exciting research but a miserable time for the participants. Both guards and prisoners took their roles so seriously that some participants complained of physical and mental abuse. The experiment — funded by the US Navy to address problems in military prisons — was abandoned after only six days, but Dr. Zimbardo’s findings on the dynamics of prisoner-guard relations continue to be relevant.

A scenario like that seems tailor-made for popular entertainment exploitation, and, indeed, several movies and books have been inspired by the Stanford Prison Experiment. This latest incarnation, directed by Kyle Patrick Alvarez from a screenplay by Tim Talbott, takes a serious, docu-dramatic approach to the story, with sharply drawn characters and a fly-on-the-wall point of view that make any similarities to real-life prison outrages (Abu Ghraib, etc.) impossible to miss. For that reason alone, the film is worth seeing.

But the performances are urgently realistic in their own right. Zimbardo (played by actor Billy Crudup), with his American Hustle hair and polyester duds, has the air of a minor functionary suddenly handed the biggest responsibility of his life. He’s going to make the most of it if it kills every single student on campus. Once the experiment gets under way, Zimbardo and his assistants, played by James Wolk (Mad Men) and Nelsan Ellis (Get On Up), automatically assume the opportunistic, fake-responsible attitudes we’ve always associated with wardens and parole boards in the movies, as if corruption were hard-wired into every official who sits in front of a TV monitor, watching the barbarities of prison life. The experiment turns out to be a wrenching study of authority and the abuse of power, with the only check provided by Dr. Christina Maslach (Olivia Wilde), Zimbardo’s research assistant (and girlfriend), who recoils from the violence but nevertheless does not blow any whistles nor notify the actual authorities. As one of the student complains, “It was a real prison, run by psychologists not the state.” Even the Catholic priest brought in to counsel the “prisoners” takes a punitive stance: “This will teach these boys of privilege what a prison is.”

Theories of dominance, submission, and situational ethics mean nothing in this sort of movie without believable protagonists. All the students had seen Cool Hand Luke, so the nastiest of the “guards” (Michael Angarano) adopts the chain gang guard persona from that movie — too bad for him, no one recognizes his Strother Martin imitation, so they call him “John Wayne.” Prisoner 8612 (Ezra Miller) turns out to be a born jailhouse revolutionary. The bewildered Prisoner 819 (Tye Sheridan), on the other hand, runs to the safety of his parents.

Director Alvarez, who wrote and directed the eccentric road movie C.O.G., seems happy to fashion deep-dish dramas out of seemingly disposable genre elements. The implications of The Stanford Prison Experiment are as newsworthy today as Zimbardo’s original study. Prisons change ordinary people into frightening alternative versions of themselves, from the lowliest grunt to the top commissioner, and Alvarez’ adaptation puts that up in our faces in tight, sweaty close-ups. It’s a strange type of summer film — neither funny nor sexy nor filled with magical monsters — but you’ll remember it.