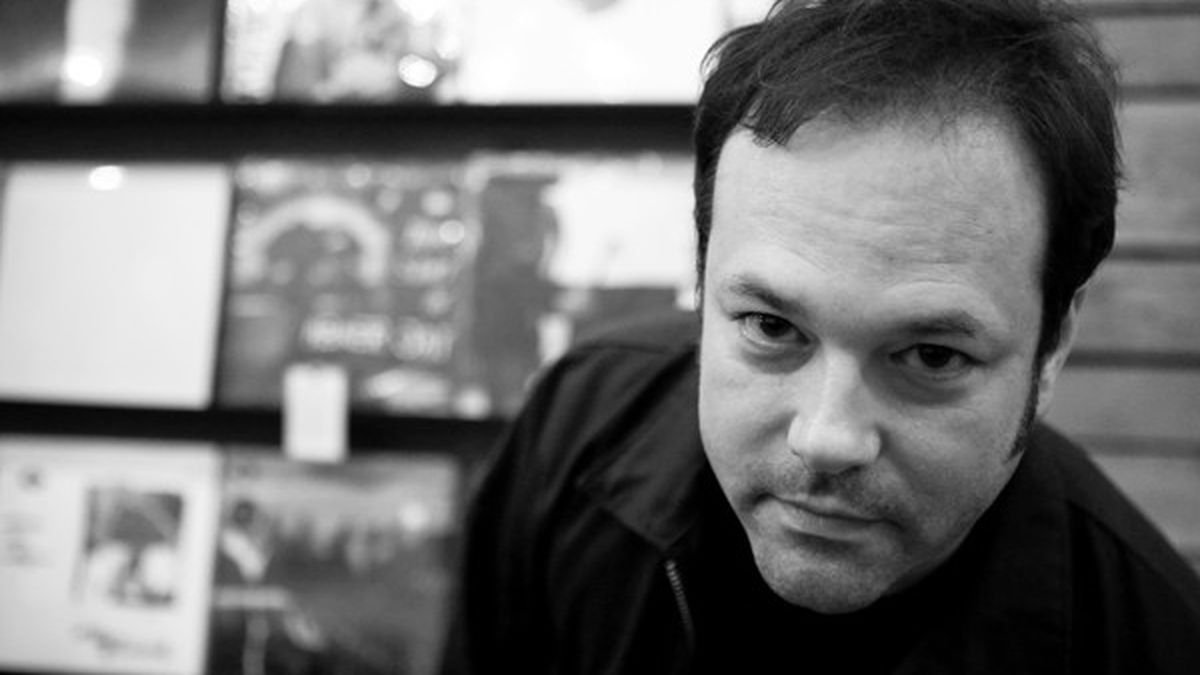 The Second Coming of Dr. Frank

Frank Portman's career as a novelist keeps his music alive.

Oakland record store 1-2-3-4 Go! Records is a far cry from 924 Gilman Street in the late Eighties, but for Frank Portman, aka Dr. Frank, the creative force behind classic Bay Area punk outfit the Mr. T Experience (MTX), it’s enough. The stage at 1-2-3-4 Go! is a raised platform in a tiny, concrete-walled room where pipework hangs bare from the ceiling. It’s not the sort of place you’d expect a best-selling young adult author to make an appearance. Then again, most young adult authors aren’t former lead singers of legendary punk bands.

At a recent show, Portman stepped up to the mic dressed in a red T-shirt and blue checkered blazer, tested the levels of his acoustic guitar, and started strumming the opening chords to “You Today.” Like most MTX songs, this one is sweet, funny, and a little angry, the musical equivalent of a break-up note with a few jokes thrown in to make sure everyone stays friends. Some girls in the front row sang back the song lyrics, one of them dancing, another recording the performance with an iPhone.

As a way to get out of his Oakland home, Portman started playing the old MTX songs again about a year ago, often at monthly appearances at 1-2-3-4 Go!, with the next on December 23, where he plans to play Christmas music. Second acts in punk rock are pretty rare, but Portman seems to have pulled it off. A few days after his 1-2-3-4 Go! gig, when I mentioned to him that he seemed to be having fun on stage, he said, “It’s a simulation of energy, probably. But I’m glad to know you were fooled.” I was fooled, actually, because Frank Portman, the writer, is much more of a hot commodity than Dr. Frank, the lead singer, was during MTX’s heyday in the late Nineties.

MTX went on indefinite hiatus in 2003 after its tenth album Yesterday Rules, and not long after Portman wrote King Dork, a novel that was met with near universal acclaim, sold scads, and put its writer on the map. A film version of Portman’s first book, King Dork, is currently in pre-production, with Walnut Creek native Matt Piedmont directing and D.V. DeVincentis, one of the High Fidelity scribes, attached as the screenwriter. Portman is also close to publishing a long-awaited sequel, King Dork Approximately.

Things weren’t always so easy for Portman. From the mid-1980s to 2004, MTX distinguished itself in the Bay Area punk scene that spawned bands like Operation Ivy, the Donnas, Rancid, and yes, the most zeitgeist-y of that cohort, Green Day. Yet Portman’s outfit was always a band apart: Brainier, weirder, and more obsessive about craft, Portman was like a librarian in a roomful of juvenile delinquents.

The music of the Mr. T Experience has the quick tempo, loud guitars, and brash sensibility of its pop-punk comrades. But Portman’s penchant for lyrical wordplay puts him more in the company of Cole Porter or Stephen Sondheim than the groups to which MTX’s sound is most often compared — the Ramones and the Dickies. “For whatever reason, for better or for worse, I overwrote the songs and crammed words into them,” said Portman. Portman’s bookish bent held him in good stead when he became a novelist. He said the transition from one medium to the other was not a difficult one. “It’s always amused me how often people have that thought that there’s something in conflict about the fact that I’m a rock ‘n’ roll songwriter who’s also writing books about teenagers,” said Portman. “Rock ‘n’ roll is teenager music. It’s completely consistent.”

MTX never came close to achieving the popularity of its one-time tourmate, Green Day. While some bands from the Bay Area scene went on to platinum records and Grammy awards, MTX never broke out of mid-level purgatory. The band especially struggled after the advent of file-sharing. Portman still bristles at the economic difficulties facing small bands. “[I don’t know] what the future of rock ‘n’ roll albums will be when there’s not a compelling economic reason for them to exist,” said Portman. “It could well be that Green Day is, like, the last big rock band that there ever will be.”

Not long after MTX’s hiatus, a fan of the band and literary agent, Steven Malk, told Portman that some of the characters in his songs might be at home in a young adult book. He took that to heart, adapting the characters of King Dork from an MTX song of the same name. “When I started on my first book, I had no idea it would go anywhere,” he says. “I just thought of it as like, ‘This is just a sideline thing. And maybe I could use it to get better shows.'”

Portman lives the writer’s life these days, yet he makes time to “do a thing a month.” He recently did a European tour with former Groovie Ghoulies frontman Kepi Ghoulie, as part of a regimen he adopted a year ago. “I already have reclusive, antisocial qualities anyway, and being a novelist will really take you to the Nth degree of that,” said Portman. “And at one point I realized that, you know, there’d be weeks where I hadn’t hardly left the house at all… [Playing these shows] I feel more like a member of the human race.”