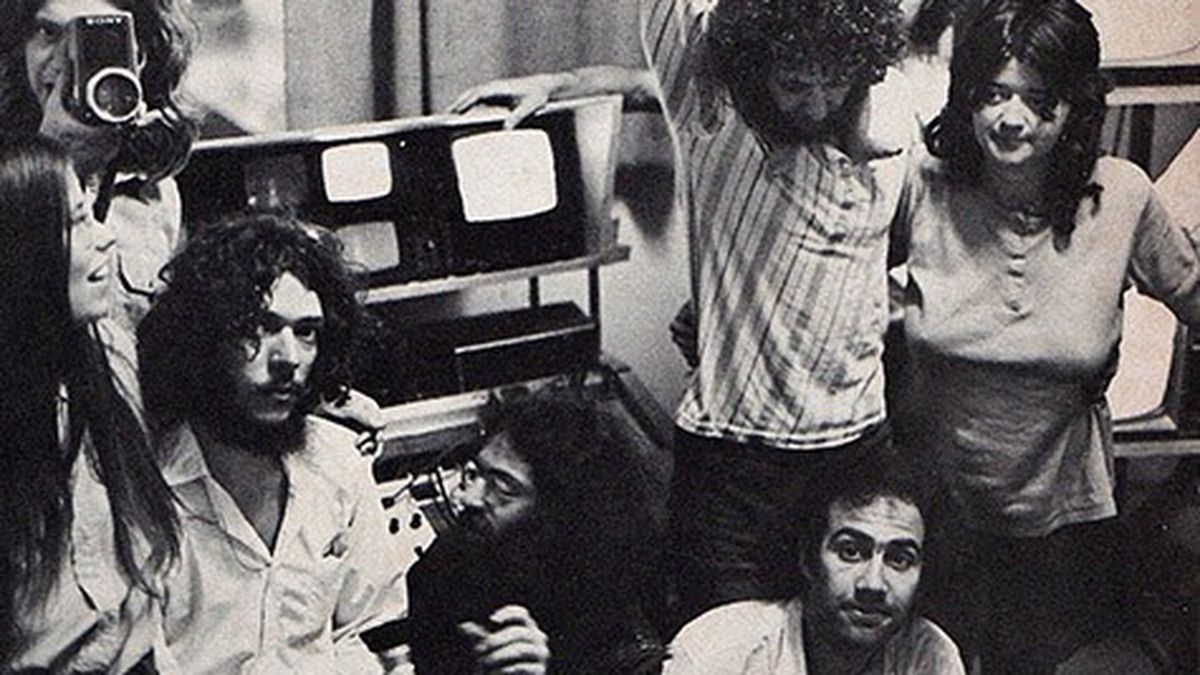 The Revolution Will Be Televised

Who said so? Here Come the Videofreex.

Once upon a time, newsreels and even TV news outlets relied strictly on film to visualize late-breaking stories. Producing news coverage on videotape was a bulky and expensive proposition, the province of well-heeled networks and corporations. But then in 1968 Sony introduced its CV-2400 PortaPak, the first portable video camera. Suddenly reporters and technicians could shoot footage and air it immediately. The industry changed, but before the networks tumbled to the possibilities, a group of maverick journalists who called themselves the Videofreex co-opted the new technology for their own progressive political ends. That’s what’s going on in Here Come the Videofreex, a provocative documentary look at one of the many revolutions of the American Sixties.

As filmmakers Jon Nealon and Jenny Raskin tell it, in 1969 a CBS News executive named Don West hired a small team of New York radical politicos to shoot maximum-immediacy footage of happenings on the street — speeches, protest rallies, rock concerts – that the network could not or would not take notice of, in the interest of comprehensive current-events reporting. CBS freaked out when they saw scenes of Black Panther Fred Hampton and Yippie revolutionary Abbie Hoffman, and fired the Videofreex. But the Freex stole all their archives, plus a little equipment, and went out on the road to shoot the counterculture their way, independently.

It’s remarkable today, when everybody has a professional-quality video cam in his or her pocket, to look at the murky black-and-white stuff David Cort, Parry Teasdale, and their friends came up with. We can’t help seeing them as incredibly self-indulgent and naïve — they went to Woodstock and didn’t shoot any musical footage at all. The doc takes a decidedly East Coast point of view of a phenomenon that was taking place all over the country. And yet Here Come the Videofreex points the way to the participatory democracy the technology made possible for anyone who was interested. The radicals and their new toys eventually grew up, and the big story still has not played itself out.