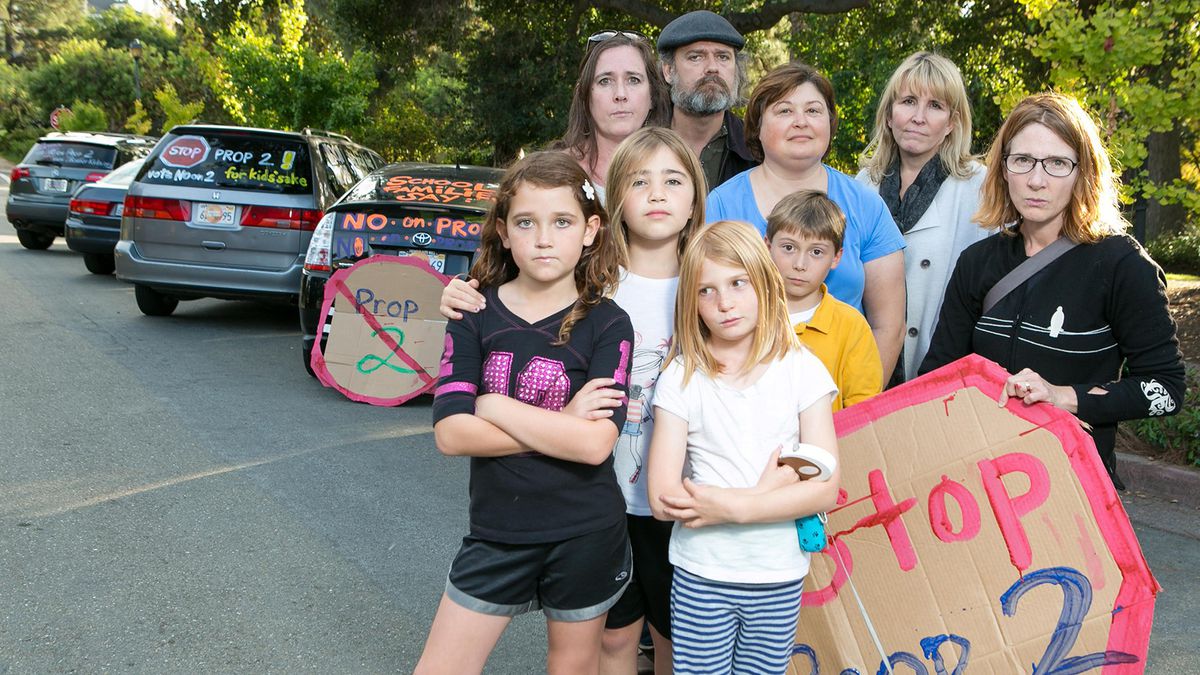 Proposition 2 would redesign California's rainy day fund, but critics worry it will undermine the financial health of schools.

Over the years, recessions have pummeled the state’s budget like waves breaking off Mavericks beach. The Great Recession that began in 2008 forced California lawmakers to slash critical programs and services for several years in a row. California has only started recovering over the past year as state tax revenues have grown again, allowing some cuts to be reversed. But while the economy and budget are growing today, storm clouds and more big waves lurk on the horizon.

Proposition 2, an initiative on the November ballot, will provide a solution to this problem, say its architects. The measure has support from a big coalition of state power brokers who are usually knifing each other in the back over budget issues. In fact, both the Republican and Democratic parties back Prop 2. Governor Jerry Brown is the initiative’s biggest champion, but his GOP opponent, Neel Kashkari, has also endorsed it. Big corporations like Disney, wealthy individuals (including Reed Hastings, the CEO of Netflix), and the Fisher family (owners of the GAP clothing empire) have contributed millions to a campaign committee supporting both Prop 2 and Proposition 1, the governor’s $7.5 billion water bond measure. Labor unions, including the California Teachers Association, various SEIU locals, and some of the buildings trades are also funding the Yes on Props 1 and 2 campaign.

So what is Prop 2? And would it actually prevent California from drowning in the next fiscal storm?

If passed, Prop 2 would require the legislature and governor to sock away 1.5 percent of the state’s general fund tax revenues each year into a rainy day fund, or what Sacramento calls the Budget Stabilization Account. For the next fifteen years, the state would use half of the fund to pay off certain debts. The other half of the money would sit in the rainy day fund, accumulating each year until it reaches 10 percent of the state’s total general fund tax revenues. At that point, Prop 2 mandates that the state maintain the rainy day fund at 10 percent, and that if an emergency strikes — either an economic downturn or a natural disaster — and the legislature and the governor agree it’s a big deal, they can start spending the billions to stave off cuts.

Prop 2, however, does not create a new rainy day fund, because California already one. “The Budget Stabilization Account was created by Prop 58 in 2004,” explained H.D. Palmer, spokesperson for the California Department of Finance.

Prop 58 was intended to force the legislature to set aside small percentages, from 1 to 3 percent of annual general fund revenues, until the rainy day fund reached about $8 billion, or 5 percent of the general fund. But the law had some big flaws and was useless during the Great Recession.

Contributions to the Prop 58 rainy day fund weren’t mandatory. The state made its first deposit — $471 million — into the fund in 2006, according to data provided by the Department of Finance. Then in the 2007­–08 fiscal year, the state deposited another $1.023 billion. These were boom times and California was raking in tax dollars. But then that same fiscal year, then-Governor Arnold Schwarzenegger suspended payments into the rainy day fund in response to the financial crisis that was beginning to unfold. The state then withdrew all the money from the fund to fill a hole in that year’s budget. Ever since, the rainy day fund has carried a balance of zero.

By making contributions mandatory, governor Brown and Prop 2’s other architects think it will prevent future politicians in Sacramento from choosing to suspend payments in flush years to fund new services.

This year, California’s budget is again benefiting from a big boost from its main revenue source — the state’s personal income tax. But there will undoubtedly be another recession at some point in the future, and when that happens, personal income tax receipts will drop, mainly because capital gains on home sales and stock market profits will dip by billions. According to the Legislative Analyst’s Office, California collected about $6 billion in taxes from capital gains in 1997. By 2000, during the height of the dot-com bubble, capital gains tax receipts jumped to almost $16 billion. Then the bubble burst, and in 2002, the state only collected $4 billion from capital gains. In other words, $12 billion of the state’s tax revenues disappeared between the boom and bust. This cycle repeated between 2003 to 2009 with the state seeing capital gains increase by $6 billion only to collapse by $10 billion. Proposition 2 is intended to smooth out these boom and bust cycles.

The other big fix in Prop 2 involves increasing the cap on the rainy day fund, explained Elizabeth McNichol, a senior fellow at the Center on Budget and Policy Priorities. “We did an analysis of multiple states looking at past recessions,” McNichol said, “and we asked, ‘On average, how much would it take to smooth out the process in a fairly mild recession? What would you need on hand in a rainy day fund without having to make significant cuts?’ The answer was 15 percent for the average state.”

So by requiring California’s rainy day fund to accumulate 10 percent of the state’s general fund revenues, Brown and other supporters of Prop 2 hope to create a large enough fund to make up for declines in tax revenues when a recession hits. “We’re gonna always have business cycles,” said McNichol. “You need to have revenues like a progressive income tax that grow when the economy is growing, but it makes sense to put some of it in reserve to smooth off the downturns, especially in California where revenues are dependent on the stock market.”

But hiding behind all this common sense, and twisted up in the complex rules governing how the state’s rainy day fund would accumulate funds and pay off debts, is a danger that local schools will actually lose money and become more exposed to economic recessions, say critics of Prop 2. “The groups that signed onto Proposition 2 don’t understand its complexity,” said Katherine Welch, a board member at Educate Our State, an Oakland-based nonprofit that focuses on school funding issues. “They don’t understand school finance because they have a lot on their plates.”

Welch said her group does not object to making payments to the rainy day fund mandatory or increasing the fund’s cap to 10 percent. “Our issue … is that they added this thing that erodes the Proposition 98 guarantee of minimum school funding,” she said, referring to a different proposition approved by voters that requires state lawmakers to set aside certain funds for California’s K-12 public schools.

The “thing” Welch is talking about in Prop 2 is a provision that would create a separate rainy day account — known as the Public School System Stabilization Account, or PSSSA — for K-12 schools.

However, under Prop 2’s complex rules, if money goes into the PSSSA, local school districts must drastically shrink the size of their own locally controlled rainy day funds. Welch worries that by pressuring local school districts to reduce their own reserves, Prop 2 will ultimately result in a reduction of funding for schools and expose them to budget cuts in future years. “94 percent of school districts would have smaller reserves if this passes,” said Welch. “That includes Oakland’s schools.”

Prop 2 also lowers the cap on local school district rainy day funds, potentially leading to a situation in which education is most vulnerable to economic downturns. “Local school districts would have fewer dollars available for economic uncertainties, such as tough budget years,” the nonpartisan California Budget Project stated in its analysis of Prop 2.

In other words, if Prop 2 passes, the giant waves of red ink that pummel California during recessions might drown public schools rather than the state’s budget.