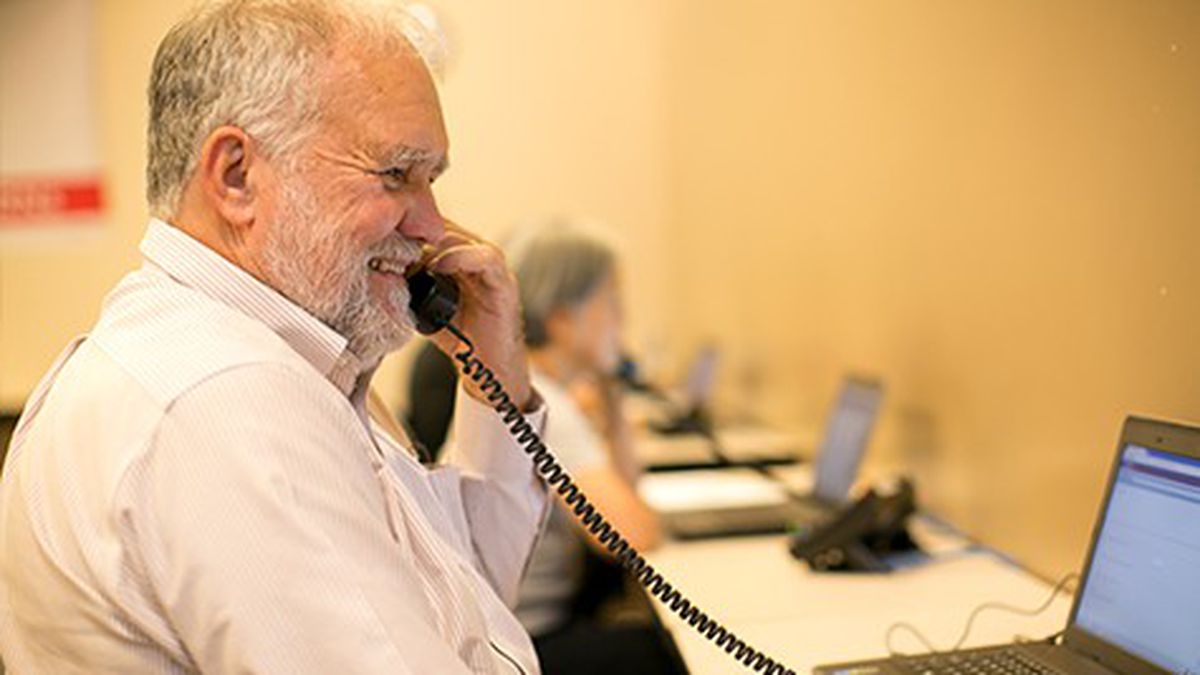 The Fight to Regulate Health Insurers

Insurance companies have spent $56 million to defeat a statewide ballot measure — Proposition 45 — that would regulate health premiums. If opponents win, do consumers lose?

In 1988, California voters approved Proposition 103, a measure designed to rein in the costs of auto and homeowners’ insurance policies by giving an elected state insurance commissioner the authority to reject rate increases. Since then, Prop 103 has saved consumers about $102 billion, according to Consumer Watchdog, the nonprofit that pushed Prop 103. That organization is now hoping that California voters will support a similar measure targeting the health insurance industry.

Proposition 45 would require health insurance providers to publicly disclose and justify their rate increase requests and would give the California insurance commissioner the authority to reject proposed hikes and order refunds on excessively expensive health insurance policies. The commissioner would have authority over health plans that cover individuals and small businesses, representing a total of about six million state residents. Large group health plans (covering more than fifty people) and government-sponsored health insurance, through Medi-Cal and Medicare, would not be subject to Prop 45.

Proponents of the measure argue that the few health insurers that dominate the market have continued to implement huge rate hikes without justification, and that if Prop 45 doesn’t pass, it will only get worse. Consumer Watchdog notes that health insurance premiums in California have soared 185 percent since 2002.

But with health insurance companies pouring millions into the campaign to defeat the measure, Consumer Watchdog faces an uphill battle in the final week before the election. According to recent disclosures, the state’s largest health insurers have spent a total of nearly $56 million against Prop 45 — more than fifteen times as much as supporters of the measure, who have spent a combined $3.6 million.

Kaiser Foundation Health Plan, the insurance provider of the Oakland-based healthcare giant, has spent a whopping $18.9 million against Prop 45, making it the biggest spender in this year’s election (Kaiser also spent $5 million in opposition to Proposition 46, another controversial healthcare measure backed by Consumer Watchdog). The campaign to defeat Prop 45 — which has attracted the most money in California politics this year — has also received $18.9 million from WellPoint, a for-profit healthcare company; $12.5 million from Blue Shield of California, a San Francisco-based nonprofit health plan; and $5.5 million from Health Net, a Los Angeles-based healthcare company.

“Health insurers are a special interest, which have a lot of money and a lot of power,” said Dave Jones, the current California insurance commissioner, who is pushing Prop 45. “They have all the power now and they want to keep that power.” Jones — a Democrat who is also running for reelection, facing a challenge from Republican state Senator Ted Gaines — said that the massive spending by health insurers against Prop 45 should be a clear sign to voters that these companies simply want to continue inflicting huge rate increases on consumers without facing consequences.

The funding from Kaiser and other insurers has gone toward the anti-Prop 45 group called “Californians Against Higher Healthcare Costs,” which argues that the measure would give too much power to the state’s health commissioner. That coalition — which also includes doctors’ groups, hospitals, and other care providers — argues that the measure would create an unnecessary and expensive layer of state bureaucracy that would duplicate existing regulations, open up the door to costly healthcare lawsuits, and ultimately lead to increased costs for consumers.

The opposition’s most compelling argument against Prop 45 is that giving the insurance commissioner authority over health insurance rates could disrupt Covered California, the state’s new insurance marketplace and California’s version of Obamacare. As the state’s health exchange, Covered California currently negotiates with health insurers over the rates for individuals and small businesses — the sectors Prop 45 would regulate. Currently, the California Department of Insurance (run by Jones) and the California Department of Managed Health Care both also review proposed health insurance rates and can label hikes “unreasonable” — but they cannot reject them, as Prop 45 would allow the insurance commissioner to do.

Prop 45 opponents argue that the measure would undermine Covered California’s ability to negotiate with health insurance companies, because the insurance commissioner could ultimately overrule any agreement they reach. Critics have further argued that giving the commissioner authority to reject increases could also discourage Covered California and insurers from negotiating improvements to healthcare plans — such as expanding a health plan’s provider network to include more medical centers — as those improvements in quality or access could make insurance premiums more costly for consumers and thus increase the likelihood of the commissioner’s veto.

And because, under the Affordable Care Act, rates and benefits change every year, additional regulation through Prop 45 could lead to lengthy delays that could create obstacles to enrollment, critics say. Covered California, which isn’t taking a formal position on Prop 45, issued a report in August stating that the measure “could have a significant detrimental impact” on its operations by giving the insurance commissioner broad authority over rates and running the risk that new rates won’t be approved in time for annual open enrollment.

“This really does undermine healthcare reform in the state,” said Micah Weinberg, senior policy adviser with the Bay Area Council, a business advocacy group that opposes Prop 45. “The entire healthcare industry is deeply invested in the success of healthcare reform. … If something comes along and submarines this process, it’s extraordinarily costly for them and extraordinarily bad for consumers.”

Weinberg also argued that it’s a bad idea to have an elected official — who can be influenced by political pressures or campaign donations — take on this regulatory role.

But Carmen Balber, executive director of Consumer Watchdog, argued that the concerns about a potential disruption to Covered California are unfounded, because if Prop 45 passes, the insurance commissioner would establish a specific process and timeline to ensure that rate regulation is complete before open enrollment begins. And Jones said that other states have co-existing rate regulation and state healthcare exchanges without the problems Prop 45 opponents are predicting.

Jones also argued that his office has the capacity to do the job, because it’s already scrutinizing rate increases, but simply can’t enforce its findings. “We review it. We find these rates are demonstrably excessive, but our determination is not binding,” he said, adding, “I would not be sponsoring a ballot measure that would hurt in any way the Affordable Care Act or Covered California. … Prop 45 does not negatively impact the exchange. It complements the exchange by giving the regulator the authority to say no when rates are too high.”

Jones further argued that Covered California’s current negotiating powers are limited, given that a small handful of health insurers provide the vast majority of plans provided through the exchange. “Covered California simply cannot throw any of them out just because they think the rates are too high,” he said of expensive healthcare plans. “They don’t have this theoretical bargaining power.”

In fact, Consumer Watchdog argues that regulators in the state have repeatedly deemed rate hikes “unreasonable” but then have had no authority to stop them. The organization says that from April 2012 through January 2014, one million Californians faced a total of $251 million in hikes that regulators had labeled “unreasonable.” Consumers Union, which publishes the Consumer Reports magazine and which has a contract with the Department of Managed Health Care to review rate hikes, recently submitted reviews to the state arguing that Blue Shield and Anthem Blue Cross failed to justify proposed rate hikes — increases which will affect a total of more than 2.2 million California residents next year.

For example, Consumers Union said Blue Shield’s proposed 6 percent rate increase was unjust given that, despite its nonprofit status, it has budgeted for an “excessive and unreasonable” contribution to its “robust surplus.” And Anthem Blue Cross’s proposed 5.8 percent increase was based on exaggerated healthcare cost trends, which were not supported by data and do not match national trends, according to Consumers Union. Despite those analyses, the managed health care department accepted the rates, anyway.

Jones also argued that proposed increases would have been even steeper if Prop 45 didn’t exist — that is, insurance companies had an incentive this year to keep the next round of rate hikes modest in an effort not to fuel the Prop 45 campaign. Policy premiums in Covered California will rise an average of 4.2 percent in 2015. “Had Proposition 45 not been on the ballot, there’s no question that we would’ve been hit with higher rate increases for 2015,” Jones said. “They are afraid to create public outcry.” That means Californians can expect significant rate increase proposals in coming years — hikes that will go unchecked if Prop 45 doesn’t pass, he said.

Jones pointed out that he does not take any contributions or gifts from insurance companies (or any entity that his office regulates), but that these companies do donate to politicians who then appoint Covered California’s board members.

Ultimately, it’s in the best interest of patients that health insurance providers face this kind of scrutiny, said Martha Kuhl, treasurer of the board of directors of the California Nurses Association, which has endorsed Prop 45. “With the large insurance companies, when you look at their daily profits, they are making so much money. I think they can afford to open their books a little bit more and show us why they need [rate increases].” The massive spending on Prop 45 is evidence enough, she said: “My employer is paying premiums to Kaiser, and Kaiser is using those premiums to prevent rate regulations.”