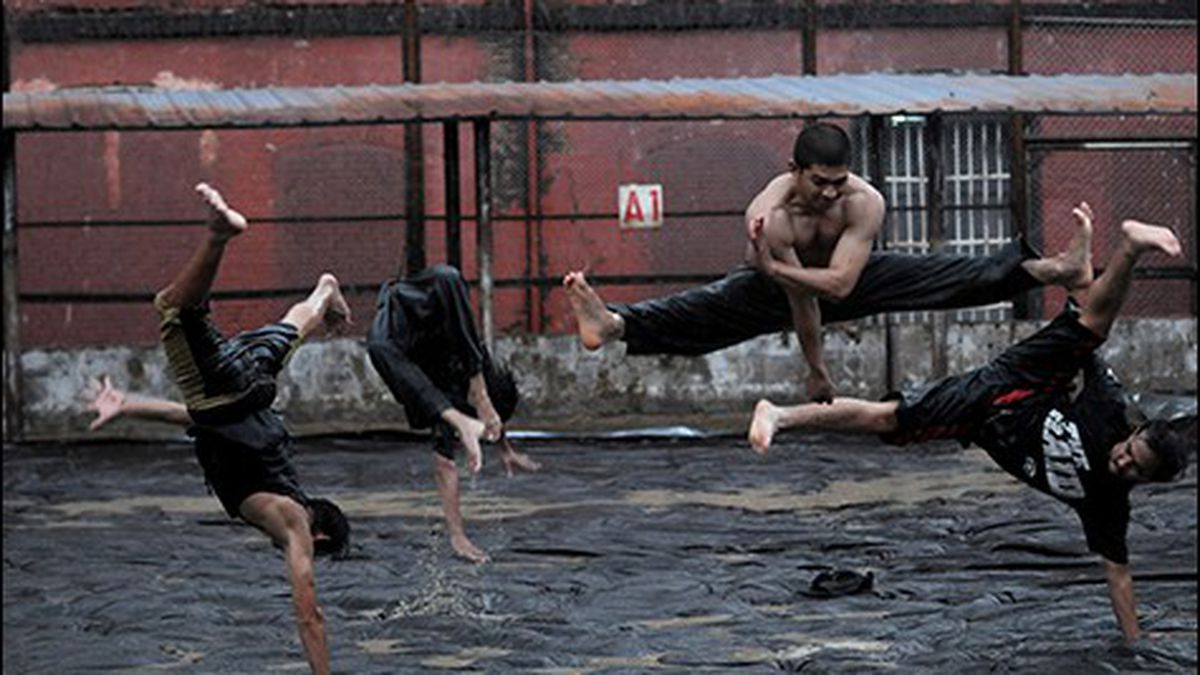 The Raid 2 is a much better movie than its predecessor, The Raid: Redemption, but we would have to dig down deeply into the guts of filmmaker Gareth Evans’ bloodshed-à-go-go action pic to explain how and why.

For the casual viewer, the two movies are practically the same: a series of no-frills, dismayingly fast, ultra-vicious fight scenes strung together with barely enough breathing space in between to clear away the fallen, let alone to establish things like motivation and characterization. But the new release, produced as was the previous film in Indonesia by expat writer-director Evans (a native of Wales) with action star Iko Uwais in the lead role, manages to pack in a world of detail the earlier film dispensed with. We can finally see what Evans and Uwais are driving at, and even though it’s not quite as much of a breakthrough as its most ardent admirers think it is, the Evans-Uwais style is every bit as distinctive as that of the Hong Kong fistic showmen they obviously admire — but sped up to the 21st-century limit.

Uwais, a master of the Indonesian martial art of pencak silat, reprises his role as Rama, an undercover police operative still on the trail of an elusive crime boss who can send a seemingly limitless number of fighters to batter nosy cops. Turns out there’s more than one Mister Big. Bangun (veteran actor Tio Pakusadewo) heads up the number-one gang with the help of his two sons — one, Uco (Arifin Putra), biological, and the other, Eka (Oka Antara), adopted, each jealous of the other. But there’s a shadowy figure named Bejo (scene-stealing Alex Abbad) lurking in the near background, with his walking stick and his incongruous heavy black overcoat in the steamy equatorial heat. A Japanese yakuza outfit called the Goto Group — led by Goto-san (Kenichi Endo) and his son Keichi (Ryuhei Matsuda) — also has eyes to move in and take over once the bodies start falling. They start falling immediately.

The Raid: Redemption gained instant notoriety for its rapid-fire fisticuffs. If anything, The Raid 2 tops its prequel in the chop-socky sweepstakes. Filmmaker Evans, who grew up devouring Asian actioners, stages one thrilling battle after another, in a rice paddy, a prison, a combination porno studio/drug smugglers’ den, a hotel (with a bearded, machete-wielding killer named Prakoso, played by pencak silat master Yayan Ruhian), a subway train (featuring the Hammer Girl, a female hellion played by actress Julie Estelle), a shopping mall, a restaurant kitchen, etc. Once he gets warmed up, Rama kills half of Jakarta. For sheer gleeful destruction, this outpaces any Hollywood superhero vehicle to date, and does so with relatively little CGI and cornball bravado. Uwais may be the most stoic martial arts hero since Bruce Lee.

Indonesia, of course, boasts a cinematic history flavored by its unique atmosphere. Its culture is famous for going its own way, with its own style. Thus, in addition to the usual Southeast Asian domestic product — typically romance, action, and horror — Indonesia has been the scene of some truly eccentric items made for the international film festival/art theater markets. For example, last year’s shocking documentary The Act of Killing, a Denmark/Norway/UK production directed by American Joshua Oppenheimer, combined bloodletting and farce in its account of unrepentant paramilitary killers boasting of their slaughter of Indonesian “communists” in the 1960s.

Very few narrative films could achieve that same mixture of laughs and real-life terror — but Evans, who became enchanted with the enigmatic side of Indonesia while shooting a doc in 2007, seems determined to capture the spirit and package it in a police-story wrapper. Action fans will be well satisfied with the combat, but The Raid 2 goes one step further with its intricate fight choreography, its sly sense of humor, and the wealth of character in its cast. Evans is definitely a director on the make, a rising star, and Indonesia is suddenly the location of choice for adventurous movie audiences searching for tangy thrills.