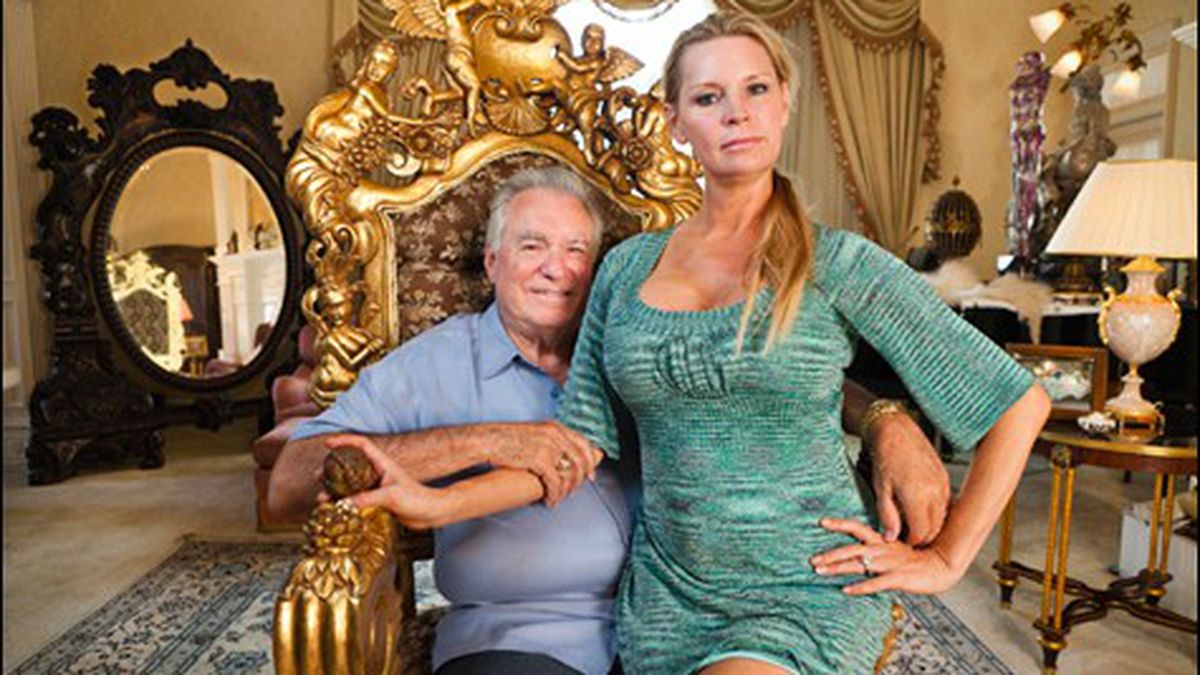 The Queen of Versailles

One look at the subjects of The Queen of Versailles and we’re primed to laugh our heads off.

Jackie and David Siegel, protagonists of Lauren Greenfield’s documentary, are outrageous walking stereotypes. Even John Waters or Judd Apatow would be hard-pressed to present fictional conspicuous consumers as joyously crass as fortyish Jackie, a buxom former Mrs. World with Sunbelt hair, and her seventysomething husband David, a self-proclaimed timeshare king whose Westgate Resorts sells condos to visitors in places like Orlando and Branson, Missouri.

Business was very, very good for the Siegels. They made piles of money and spent it in ways that comedy writers could have fun making up — loud clothes, far too many paintings of themselves, hideous statuary, acres of expensive shoes, junk food all over the place, extravagant-but-dumb parties, platoons of servants, etc. Stuff. These are the sort of folks who have pet tigers. And when Jackie, David, and their eight kids begin to outgrow their gaudy Florida mansion, they commission an even more Brobdingnagian residence: a 90,000-square-foot palace “inspired by” Louis XIV’s chateau at Versailles.

Then it all goes bust in the economic meltdown. Westgate lays off 7,000 employees and David puts his assets, including the half-finished Versailles, on the block. At first we’re amused to see them doing their version of belt-tightening — flying commercial airlines instead of private jets, sending the kids to public schools, coping with dead pet reptiles and dog shit on the carpets with fewer staff to clean it up. But it grows poignant. The overextended Siegels may be living metaphors for the USA, but up close they’re disarmingly candid and sweet-natured, and we find ourselves pulling for them in the same way we’d pity lottery winners who blow a fortune on solid gold dental grills and Hummers.

The filmmakers should have talked to David’s lenders, and maybe could have gotten more on the timeshare customers who weren’t told that their Las Vegas home, PH Towers Westgate, went into foreclosure. But then this is a portrait of a husband and wife and the follies of life, not an exposé. Whatever their crimes of bad taste, they had it, flaunted it, lost it, and lived to tell the tale.

When It Rains, These Classrooms Pour

Resilient Women, Figuring it Out as They Go