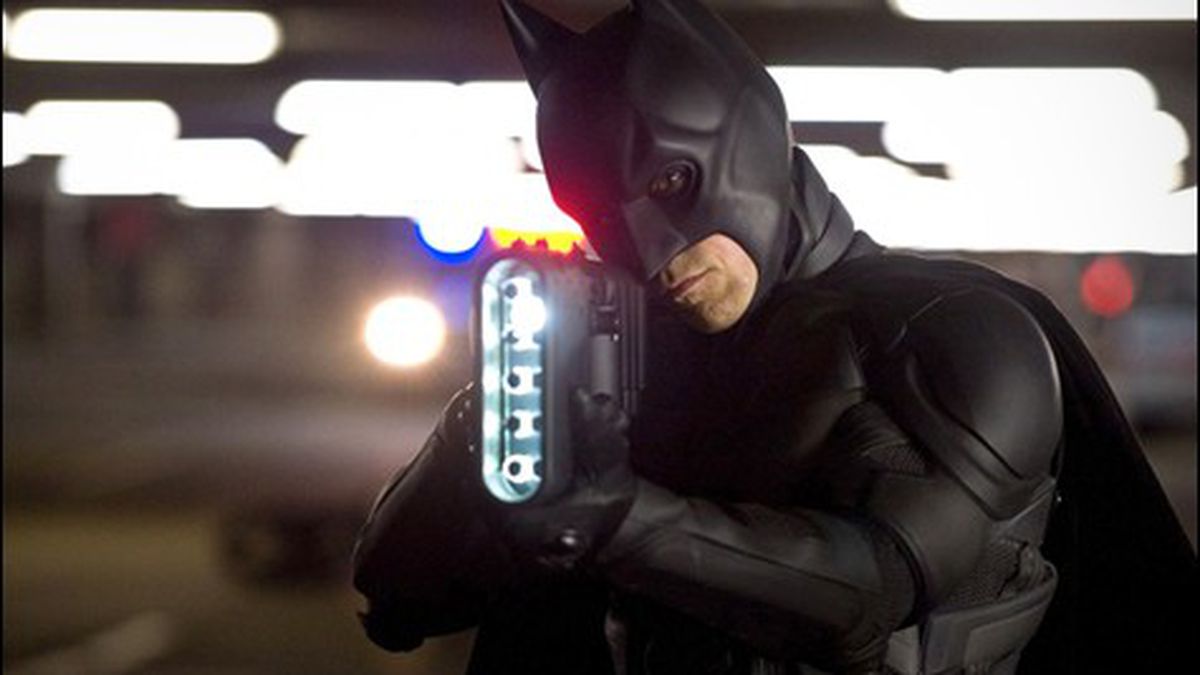 Despite the obscene massacre of moviegoers at the opening of Christopher Nolan’s The Dark Knight Rises in a Colorado theater, there’s nothing either offensive or remarkable about the film itself. Outside of its target group of comic-book fans and schoolkids, the latest installment of the Batman franchise will likely be viewed — in great numbers, no doubt — as a reasonably entertaining late-summer entry in the never-ending parade of youth-market fantasy sequels, packed with flame and hardware, with okay performances by Christian Bale as Batman/Bruce Wayne and Anne Hathaway as Catwoman. A harmless-enough popcorn movie, even though it runs overlong at 164 minutes.

Exactly what it spends all that time doing is open to a range of interpretations. One of the oddest comes from rightwing radio frother Rush Limbaugh, who evidently objects to the name of the movie’s chief villain, a muscle-bound masked behemoth called Bane, played by English actor Tom Hardy. Limbaugh thinks Bane is supposed to remind us of Bain Capital, Mitt Romney’s much-discussed private equity firm. That company has been attracting major negative press in the 2012 presidential election campaign, and therefore, reasons the talk radio host, The Dark Knight Rises must be part of an anti-Romney conspiracy.

Limbaugh has probably not watched the movie. If he had, he might have seen that the Bane character, an ex-convict and leader of an army of angry poor folks, is more of an Occupy-style faceless anti-hero than a raging capitalist. In fact, “people’s hero” Bane and his righteous but destructive rabble are being challenged for control of Gotham City by a cabal of predatory Wall Street financiers led by Roland Daggett (Ben Mendelsohn from Animal Kingdom) and Phillip Striver (Burn Gorman), who want the town for themselves now that Bruce Wayne’s Wayne Enterprises has become vulnerable. So we’ve got a three-way feud: vengeful proles versus greedy plutocrats versus the law-and-order faction of Batman, Catwoman, Alfred the butler (Michael Caine), police commissioner Gordon (Gary Oldman), and the city’s valiant cops and firefighters. Because of its class-warfare overtones, The Dark Knight Rises is more interesting to discuss than to actually sit through — but, of course, you have to see it to talk about it.

Benevolent billionaire that Bruce Wayne is, his hands are not entirely clean. Deep in the bowels of his estate, somewhere around the Bat Cave, lies a hangar full of military-grade heavy weapons, including an A-bomb, leftover from his days as a defense contractor. No wonder the movie is so long. The screenplay, by director Nolan and his brother Jonathan Nolan, is an unwieldy stewpot of subplots and characters, half-developed and tossed off as cameos. The Nolans take their time putting all this on screen, and there are some strangely dull action scenes. It’s also dead serious — a few minutes of humor would have gone a long way to humanize the story. It boils down to Batman conquering the bad guys, saving Gotham’s orphans from nukes and rioters, and restoring the status quo. Hooray for the American way.

Speaking of which, here’s another scoop for Limbo. Did you ever notice that in addition to the director and his writer brother (both born in London), the lion’s share of the movie’s most prominent names comes from the UK (Bale, Hardy, Oldman, Caine, Juno Temple) and Ireland (Liam Neeson, Aiden Gillen)? Yes, this week’s most popular movie in America is brought to us by people who put milk in their tea and idolize Adele. What an outrage in an election year.

At least Hathaway, Morgan Freeman, Joseph Gordon-Levitt, Matthew Modine, and little Joey King didn’t get their jobs offshored. (French citizen Marion Cotillard will have to be the wild card.)

The Elaborate Commentary of Kristoffer Diaz