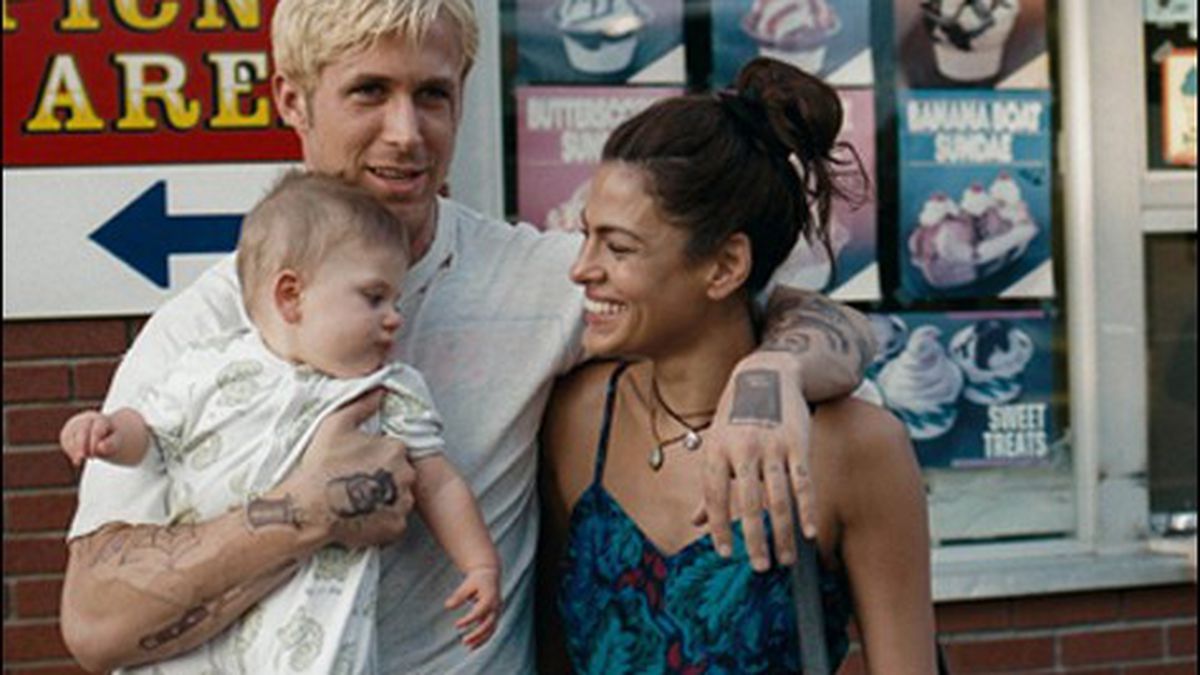 The Place Beyond the Pines

If we were to critically examine Derek Cianfrance’s The Place Beyond the Pines under a strong light, we’d have to say that its story line is not especially novel. Outlaw tangles with lawman, feud continues with their grown sons years later: a familiar setup punctuated with gunshots and regrets. But that stripped-down scenario doesn’t take into account the movie’s considerable strengths. Ryan Gosling, Bradley Cooper, Eva Mendes, and the two young secondary leads, Emory Cohen and Dane DeHaan, lift the story above and beyond.

Gosling has two winning qualities as an actor: he’s not pretty, and his chilly, stoic demeanor readily translates on screen as moral steadfastness. No wonder he gets typecast as an unknowable anti-hero. The Place Beyond the Pines — written by Cianfrance, Ben Coccio, and Darius Marder — is Gosling’s second go-round with the director, after the overbearing outsider-ism of Blue Valentine. In that drama, as in Drive and Half Nelson, we’re forced to get past the negative physical energy of Gosling’s character in order to discover the rough-tough creampuff inside.

Motorcycle-stunt rider-turned-bank-robber Luke Glanton (Gosling in leathers) fits the profile, but he travels his unlucky trajectory quicker than ever before and loses more than any other recent Gosling character. The film’s intro, a stunning hand-held shot of Luke striding purposefully through a carefree carnival crowd for his daredevil show, reveals the character’s limitations in a very Gosling way — bluntly and economically. And yet despite his underlying untrustworthiness, we’re forced to admit that he doesn’t deserve what happens to him. No one in the movie really does.

Cooper’s police officer Avery Cross is arguably the guiltiest character, but his sins stem from indecision and weakness more than from greed or power lust. The change comes over him quickly, then simmers. It’s been fun watching Cooper climb the Hollywood ladder from guy-comedy junk to insipid chick-flick simpatico males to meatier material, but he needed something — we needed something — to take the taste of Silver Linings Playbook out of our mouths. Avery Cross is it. It’s a man’s role in a scenario that’s not afraid to get its hands dirty with rotten relationships of all sorts. The Place Beyond the Pines contains the best work of both Cooper’s and Gosling’s careers so far. Even though their characters only inhabit the same space for a fateful instant, each actor carries his load with more integrity than we expected from either of them.

Cianfrance’s ambitious screenplay packs two films’ worth of hard-won irony and pathos into 140 minutes. Things shift into a slightly lower emotional gear, a pulling gear, with the appearance of AJ (Emory Cohen) and Jason (Dane DeHaan), the sons of Avery and Luke, respectively — the kids who have to live with their fathers’ choices. Cohen, who resembles a young Marlon Brando, has the tougher job, playing a spoiled brat with a hidden reserve of gravity. But DeHaan is the true “find” of The Place Beyond the Pines — the Nature-versus-Nurture debate rages on in the clouds over high-school stoner Jason’s head.

Mendes has the film’s most thankless role as Luke’s woman, Romina. Their dialogue scenes provide the underpinning for the troubles that follow. Again, as in the Gosling-Michelle Williams pairing in Blue Valentine, we ask ourselves, What do Romina and Luke see in each other? It’s one of Cianfrance’s central field of inquiries, the mystery of sexual attraction and the elaborate justifications we construct to explain it to ourselves. High praise as well for the supporting players, especially Ray Liotta as a slimy cop (a specialty of his), Ben Mendelsohn as Robin the mechanic, Rose Byrne as Avery’s wife, Robert Clohessy as the chief of police, and Oakland native Mahershala Ali as Kofi, the odd man out. Cianfrance has high ambitions for his cops ‘n’ robbers story, and they’re winningly realized. Don’t skip this one.