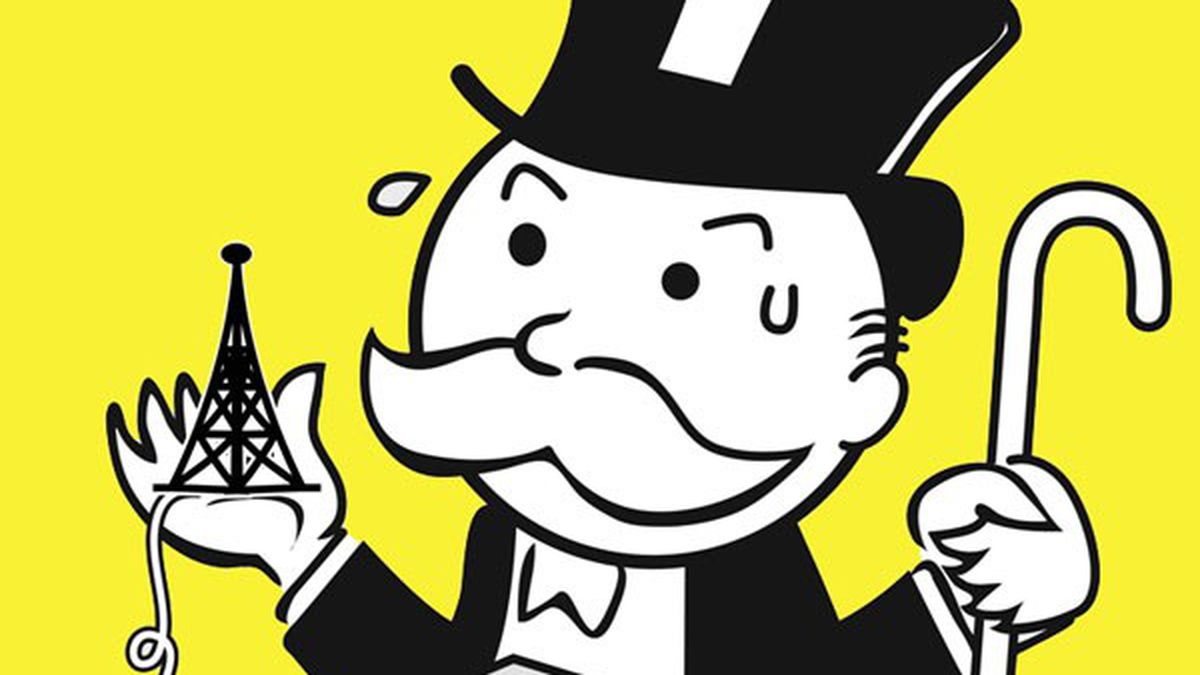 The Other Shoe in Alameda

The city has lost $50 million on its ill-conceived cable and Internet venture, and it could lose millions more.

When Alameda sold its city-owned cable and Internet service last
month for $17 million, it seemed like an end to a long civic nightmare.
Alameda Power & Telecom had bled cash for years — nearly $50
million according to one city estimate — and was facing a $33
million bill that was to come due next June. So the sale to cable giant
Comcast appeared to finally extricate the city from an ill-conceived,
money-sucking venture. But it turns out that Alameda is far from being
out of the woods. It’s still facing two lawsuits that could end up
costing the city millions of dollars more.

One of the lawsuits involves the largest creditor to Alameda’s cable
and Internet business, a company that effectively kept the ailing
city-owned agency afloat and is now due to take a huge loss because of
the sale. The other involves a company that started to build the cable
and Internet infrastructure for Alameda and then sold it to the city,
but has never been paid. Documents filed in the two federal lawsuits
also provide insight into how things went so wrong for Alameda P&T
and shed light on the numerous bad financial decisions made by city
officials over the years. The legal cases also cast a dark cloud over
the city’s future financial health.

The story of Alameda’s mistake-laden foray into telecommunications
began in the late 1990s. At the time, residents were unhappy with their
private cable television service, so the city decided to start its own,
plus provide residents with access to the Internet. Alameda was buoyed
by its history of running a municipal utility; Alameda Power was a
model for publicly owned electricity companies. So the city decided
that it could match that success in telecom and sold $16 million in
bonds to install hybrid coaxial-fiber cables throughout the island.

City officials had promised residents that they would protect the
profitable electricity-generating side of the agency from the whims of
the high-tech telecom market by keeping them separate. But Alameda
P&T drastically underestimated the cost to string cable throughout
the city, and almost from the beginning, the project experienced huge
overruns. As a result, Alameda P&T officials started secretly
transferring millions of dollars from the electricity side of the
business to keep the telecom from going under.

According to city Treasurer Kevin Kennedy, who eventually helped
unravel the mess, telecom took up to $47 million from the electrical
side of the business — money that was never repaid. The Alameda
City Council also gave the telecom business $2.3 million from the
city’s general fund. “It’s pretty hard to make a business work when you
spend more than three times as much money as you planned to start it,”
Kennedy noted.

From the beginning, the city had hired Vectren Communications
Services to install the coaxial-fiber cable lines and be its partner.
But as the cost-overruns soared, Alameda P&T decided to buy out
Vectren in 2002 for a total of $6.3 million, and finish building the
system itself. As part of the deal, the city promised to repay the $6.3
million, plus interest, in annual installments of $1.6 million through
June 2009. However, attorneys for the city have admitted in court
documents that Alameda P&T was such a money-losing venture that it
never paid those any of those installments to Vectren.

Not surprisingly, last June Vectren sued the city in federal court
in Oakland for breach of contract. The Indiana-based company also
alleges that the city severely mismanaged the telecom business. As
proof, Vectren attorneys point to a 2006 city-commissioned report that
chastised Alameda P&T for paying salaries “50 to 100 percent
higher” than cable industry standards. The report from CCG Consulting
also criticized Alameda for not raising cable and Internet rates and
for its failure to add voice (telephone) service.

In court papers, the city has denied breaching the contract,
although that seems like a tough sell considering its acknowledgement
of not paying Vectren the $8 million it owes. The city attempted to get
the Vectren suit thrown out of court on a technicality. But in October,
federal court Judge Susan Illston ruled that the city’s argument that
Vectren had not properly notified Alameda of its claim before filing a
lawsuit was bogus. The case is scheduled to return to court in
April.

Judge Illston also is presiding over the legal case involving the
telecom’s biggest creditor. The origins of that suit date to 2004, when
the original $16 million in bonds sold to build the system were about
to come due. At the time, the cable and Internet service was still
losing so much money that Alameda P&T couldn’t pay the bill.
According to court papers, city leaders were worried that the
bondholders would take possession of the new telecom system. So the
city decided to sell $33 million in new bonds to pay off the old
creditors and use the rest to finish building the system.

The biggest buyer of the bonds was Nuveen Funds, one of the largest
municipal bond purchasers in the country. Nuveen bought $20.5 million
of the $33 million. The city has paid Nuveen and the other bondholders
the interest its owed each year, and was scheduled to repay Nuveen the
full $20.5 million next June. But with the city’s decision to sell the
telecom business last month to Comcast for just $17 million, Nuveen is
due to receive lose about half of its original investment.

Anticipating that Nuveen was about to sue, the city decided to act
first, filing a preemptory lawsuit against the Massachusetts-based
bondholder in October. Nuveen quickly responded with a countersuit,
claiming fraud. Among Nuveen’s allegations was the claim that when the
city sold the bonds in 2004, it had a history of painting unrealistic
views about the telecom’s prospects and deliberately withholding
damaging information about its financial shortcomings.

For example, Nuveen noted that a glowing report accompanying the
2004 bond sale projected that Alameda P&T would generate enough
profits each year to be able to pay off the $33 million in bonds in
full by 2009. Of course, that projection turned out to be wildly off
base. But Nuveen noted that the city has a history of making such bad
predictions. One that Nuveen said the city did not disclose when it
sold the bonds was a 1997 business plan presented to the council and
Alameda voters that had predicted the cable and Internet business would
be profitable by 2002, raking in $883,000 in net revenues that year,
and making $1.1 million the following year. But the truth is it lost
huge sums both of those years. In short, Nuveen claimed that if it had
known Alameda had a record of predicting success that actually resulted
in dismal failure, it wouldn’t have bought the bonds in the first
place.

So far, Alameda has denied purposely hiding anything from Nuveen,
while making a somewhat ironic argument in response. The city is
essentially claiming that as an experienced bond buyer, Nuveen should
have done its homework about Alameda’s cable and Internet business
before purchasing the bonds. In other words, Nuveen should have known
that Alameda telecom was a risky investment that had little chance of
paying off. That may be true, but that’s one hell of a legal position
to take for a city that has lost at least $50 million on the same risky
investment and may lose a whole lot more.

City officials were reluctant to discuss the lessons learned from
the cable and Internet business because of the pending lawsuits. But
the legal cases aside, it’s seems abundantly clear that Alameda should
never have jumped into the telecom business in the first place. One of
the big red flags from the start was that the city was legally
prohibited from giving itself a monopoly — like it enjoys in the
electricity business. A key point of any cable company’s business plan,
and its ultimate viability, is being able to own a monopoly in the city
where it’s doing business. The margins are too low in cable to make a
profit otherwise. All across America, monopolies are precisely how
private cable companies survive.

But in Alameda, the city-owned telecom had to go head to head with
Comcast. As a result, it was never going to be a moneymaker, even if it
had out-competed the cable giant. And it certainly wasn’t going to
generate enough cash to pay off its incredibly high start-up costs.

The legal cases, however, make it clear that this initial
misjudgment wasn’t the only mistake city officials made. In 2002, they
should have found a bidder for their partially built system and not
bought it from Vectren. Even if they had failed, the city would still
have been better off abandoning the project. At that point, it hadn’t
yet lost $50 million. At the very least, city officials should have
sold the completed system in 2004, cut their losses, and not taken on
more debt. Instead, they chose to believe the rosy predictions —
just like Nuveen did — when they already knew by then that they
had built a boondoggle.

So what does this all mean for Alameda taxpayers? If Nuveen and
Vectren win their lawsuits, the city could be on the hook for another
$20 million or more. That’s a sum too large for the city’s remaining
electrical utility to pay. As a result, Alameda probably would have to
pay the judgment from the city’s general fund, which is already in the
red because of the economic downturn. In short, the city could be
looking at huge service cutbacks in the future, or it may have to ask
voters to tax themselves again.