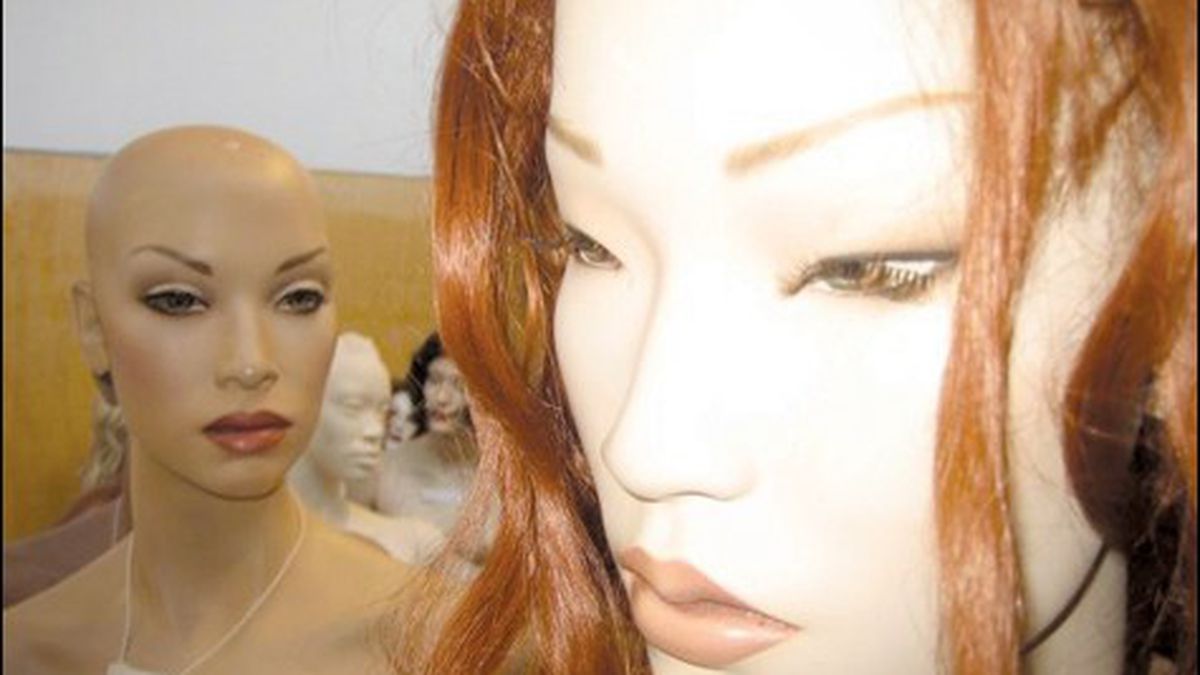 The Opportunity Fund Brings Microfinance to the East Bay

Plus one-of-a-kind businesses and this month's retail news.

From Sierra Leone to the Tajikistan, microloans conjure up images of global enterprise miracles, where just a few dollars can grow a small but thriving business. Though it’s certainly no panacea to poverty, and critics warn against a system that could trap the poor in perpetual debt, there are more than a few inspiring international microfinance stories. Yet the concept is just gaining traction stateside. Since 2008, both Kiva and Grameen Bank have opened US branches, and dozens of East Bay retailers have already availed themselves of microloans from local organizations. But this option often goes overlooked.

“We are awash in credit in this country, and there are so many voices clamoring to offer people credit that people don’t understand that we are different from a payday lender or subprime credit card,” said Eric Weaver, the CEO of Opportunity Fund, a local nonprofit microlender that works frequently with East Bay retailers.

American microloans are different from their global cousin. Microlending organizations draw funds from larger banks or private investors (as opposed to say, micro-donations), loans are often combined with business or financial education, and they typically deal in thousands and even hundreds of thousands of dollars. But the underlying philosophy is the same: It’s about providing financing to those who can’t otherwise access funds.

“Microfinance is about solving a market inefficiency,” explained Sean Foote, a venture capitalist who teaches a microfinance course at UC Berkeley’s Haas School of Business. “So if it’s difficult to get a bank loan and the reason is not that you’re necessarily risky, and it’s because you don’t have sufficient credit history, then microfinance is an interesting option because they’ll take the time to get to know you. They are still interested in getting repaid, but they will work harder to figure out if they can lend to you.”

Oakland’s Marie Denee had always dreamed of opening a boutique. And when she got laid off from her job as a department store assistant manager in 2009, she decided to give it a go. A 28-year-old blogger who runs the popular Curvy Fashionista site, Denee was able to raise seed money from friends and family to open up an online store for “curvy, confident and chic” plus-sized women. But just as she was about to launch the virtual boutique, an investor pulled out.

She had to find a new source of capital, but knew she would have a hard time making her case with a traditional bank. “I had limited resources and no job, and those are the things that a bank looks for,” she said. “The fear of going to a bank — you see it on TV, going in for a small business loan, it’s terrifying.”

Instead, Denee took out a microloan from the Opportunity Fund. “They take additional components into account — my education, my work experience — more elements than a bank would have,” she said. Denee ended up borrowing $7,500 at a fixed interest rate of 8 percent and paid a $180 processing fee. And Opportunity Fund helped her fine-tune her business plan.

Mitesh and Chetna Parikh of Threads Beauty Bar & Spa in Dublin also borrowed funds from the Opportunity Fund, taking out $100,000 to build a day spa eight times the size of their original space. They were charged about $8,000 in fees and their fixed interest rate is somewhere between 8 and 12 percent. The business now serves almost five times as many clients in a day, but like Denee, the couple were not deemed desirable by traditional lenders.

“The big banks essentially slammed the door,” said Mitesh Parikh. “Many of the bankers we were talking to were discouraging us from doing it. They’re not interested unless you are in certain categories, like you have three years in the business.”

Microloans are not the answer for every enterprise and they certainly will not fix a failing business. “Capital alone with not make people better business people,” Foote said. “Once you’re no longer surviving as a minimum-wage employee and you’re running your own business, you may need that extra capital to create a chance for yourself. You will need more than capital, but that capital can unlock the hidden talent in millions of Americans who just need that first step in order to get going.”

So how, exactly, does someone get into selling and renting mannequins?

For Judi Townsend, owner of Mannequin Maddness (2020 Dennison St., Suite 15, Oakland; mannequinmadness.com), it was by way of a tremendous act of impulsivity. In 2000, she was looking for a decorative piece for her garden, and she decided to buy a couple mannequins from a guy she found on Craigslist. When she went to pick up the fiberglass forms, she discovered the salesman was going out of business. On an absolute whim, she bought his entire inventory — fifty mannequins — which she stashed in her garage and living room with the idea that she’d rent them out.

Townsend eventually came to realize that her business could have an environmental component when she rescued more than 400 mannequins from the landfill after learning that Sears was about to send them all to the dump. This boost to her inventory allowed Townsend to transform the quirky hobby into a full-time pursuit, and she began selling mannequins in addition to renting them (she now has partnerships with a number of stores, including Nordstroms, Prada, and Bebe).

Her clients include art students, filmmakers, advertising agencies, and naturally, mannequin collectors. Some customers have even turned mannequin hands and legs into decorative pieces for their homes, and some single women use them as a safety decoy when they’re driving solo. “I had no idea how many people needed a mannequin,” she said.

Nine years later, Townsend has a New York outpost, runs an additional warehouse in Los Angeles, and has affiliates in England and Canada. “I never touched a mannequin before this and I had never worked retail,” she said. “I had no idea people even rented mannequins, but I thought that there ought to be at least one place to rent a mannequin in the Bay Area.”

So then how, exactly, does someone get into the accordion repair business?

An insatiable tinkerer, Kaimric Smythe of Smythe’s Accordion Center (416 25th St., Oakalnd; smythesaccordioncenter.com), was working at an audio-visual rental shop in the 1990s when his coworker, a music major at Berkeley, brought in an accordion. Smythe’s buddy pushed him to play the instrument, but Smythe — who has constructed robots, houses, and even Burning Man pyrotechnics — ultimately became fixated on fixing them. Nowadays, he’s one of a diminishing breed of West Coast accordion repairers.

“I learned by doing,” he said. “There are almost no books on it. I’ve repaired jet engines without a manual and when you work on enough machines, there are only so many ways to do something.”Still, the exacting work takes months — he’s backed up a year — and he once spent twelve months working on an 1880s Italian accordion that came to him completely disassembled.

Smythe also sells new accordions, and he has an arrangement with a German manufacturer that custom-makes instruments featuring bellows made from Japanese paper sold at Miki’s Paper (1801 4th St, Berkeley). The store also issues a West Coast Accordion Babes calendar ever year, which comes with a CD of music performed by the babes themselves.

But Smythe’s heart is in the repair work. “When the accordion thing came up, I felt like I was doing something useful, and what I’m doing will mean something even after I’m dead, which gives me a lot of satisfaction,” he said.

So then how and why, exactly, does someone open up a store to sell human skulls and drilled dog teeth?

Ron Cauble, owner of The Bone Room (1569 Solano Ave., Albany; boneroom.com) was, in fact, a rocket scientist before he went into natural history retail. “I started the business because I wanted to learn things,” he explained. “I wanted to study paleontology and etymology and a bunch of ‘ologies,’ and nothing beats having these things in your hands.”

Now he runs a store where glass cases are filled with bird craniums and drawers are lined with goliath beetles. A Victorian-era taxidermy dog is available for purchase, as is a freeze-dried turtle and the skeleton of the top third of a camel. The Bone Room also is one of the few purveyors of insect collecting equipment in California. Human bones and skulls, however, make up the bulk of his business, which is frequented by teachers, collectors, artists, and film studios.

“Some people only think of death and they leave right away,” he said of his inventory. “It scares them. But what I hope people take away from the store is a different way of looking at things. Like, How were the bones dug up? What kind of chemicals are in the teeth and skull? What can the teeth tell you about what it ate? There are tons of way to look at a skull.”

Last year, Cauble opened up The Bone Room Presents next door to the store (1573 Solano Ave., Albany; boneroompresents.com), a salon that features natural history-related art exhibits, lectures, and book readings every Thursday night. He also holds classes on bone cleaning and insect mounting in the space. And though he sold it years ago, the reptile specialty store, East Bay Vivarium (1827 5th St., Berkeley; eastbayvivarium.com), is another Ron Cauble production.

Corrections for the Week of December 9

Jupiter, Saturn, and Uranus: Part One