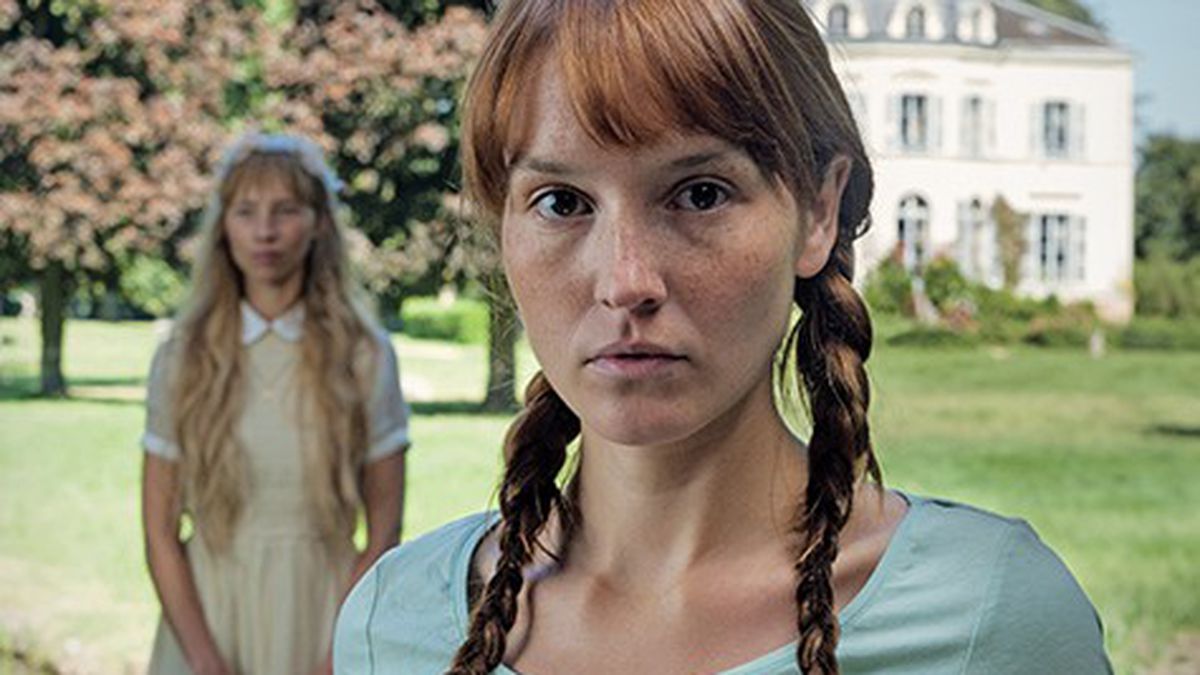 A woman discovers that the husband of her recently deceased best girlfriend is a cross-dresser, and has been for years. Sounds like a reasonable enough comic premise for Hollywood. We could easily envision ad tag lines: “Arguments ensue. Who inherits the girlfriend’s outfits?” There’d be a scenario in which the transvestite widower gets into funny situations in bars, the gym, etc., while the surviving girlfriend covers for him and gradually relates to him and his new look. They might even fall in love. And then there’d be a happy ending.

But François Ozon’s The New Girlfriend doesn’t exactly work like that. For one thing, veteran filmmaker Ozon is French, and the French have a knack for boldly tinkering with the fundamentals of American-style sitcoms, even as they continue their long-running infatuation with them. Further, there’s the likelihood that Ozon and company — he adapted the screenplay from a novel by British author Ruth Rendell — don’t necessarily find the situation of Claire (Anaïs Demoustier) and David (Romain Duris) all that inherently ridiculous in the first place. And we’re all familiar with the Gallic distaste for sweet denouements.

In a lengthy flashback intro, we’re shown that Claire and her childhood chum Laura (Isild Le Besco) were practically inseparable until Laura’s death from illness as an adult. Laura left behind David and an infant daughter, as compared to Claire’s somewhat humdrum existence with her well-meaning husband Gilles (Raphaël Personnaz). Maybe that vague dissatisfaction is what leads Claire — after she first walks in on David, in full drag, feeding the baby — to make up a lie for Gilles about her new girlfriend, “Virginia.” Why does Claire drive this wedge, lying and cheating instead of being candid about herself and David? Is he a substitute for her lost soul mate? What’s the meaning of Claire’s erotic dreams about Laura? Claire is the key figure in this odd little character study, a complexly motivated person. She’s a sphinx of sublimated passion compared to David, who spends most of the film justifying his cross-dressing with flimsy excuses, even though we can see he clearly loves impersonating a woman — and not just any woman, but his late wife Laura.

Filmmaker Ozon specializes in exploring the hidden curlicues of desire. In such dramas as Swimming Pool and In the House, his characters act out their longings no matter what the cost, because they’re compelled to. Last year’s Young & Beautiful cemented his reputation as a modern-day “women’s director,” with its matter-of-fact examination of the career of an unrepentant young middle-class sex worker. Claire likewise fits the “unknowable” mold of Ozon’s women, and, from the moment he reveals his secret life to her, David strives to bond with her. Their rebellious pact is a little less malicious than the ones novelist Rendell contributed to Claude Chabrol’s filmography — in The Bridesmaid and particularly La cérémonie — but just as compulsive and unexplainable by routine formulas.

Gilles does not deserve to suffer, but he must. Claire and David are searching for the perfect union that disappeared when their beloved Laura passed away. David substitutes for Laura and everyone’s happy, even baby Lucie. Think of the money they’ll save on new clothes. Veteran portrayer of bohemians Duris, lately a light leading man of the Hugh-Grant-with-a-kink persuasion (Chinese Puzzle), shows us something entirely new in The New Girlfriend. And previously decorative actress Demoustier (Thérése) walks away with the film as the inwardly seething, demure-on-the-surface Claire. She and David are meant for each other solely because they desperately wish it to be. People’s needs are complicated, n’est-çe pas?

Slap Hitter: Reasons to Watch a Team 10 Games out of...